3M CEO on Trump coronavirus production claims: ‘False, nothing can be further from the truth’ 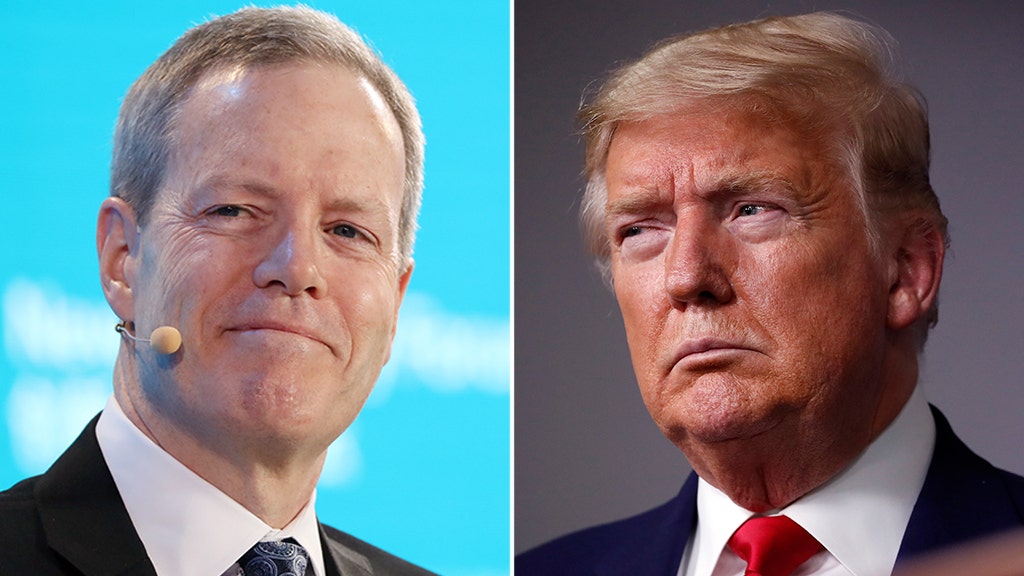 Under fire from the White House for exporting much-needed coronavirus protective masks to other countries, 3M Chairman and CEO Mike Roman said the idea that 3M is not doing everything possible for America “is false, nothing can be further from the truth.”

Roman, in a wide-ranging interview with Maria Bartiromo on FOX Business' “Wall Street Week,” also said allegations against 3M for not fighting price gouging is “absurd.”

Charges of 3M shipping the protective equipment abroad to countries that offered to pay a higher price than the U.S. have been leveled against the company, but Roman was quick to deny there was any “bidding” process involved.

“We manufacture respirators," said Roman. "We sell them through authorized distributors and we sell directly to governments and the distributors take those to customers that have the greatest needs and we’ve been working with FEMA in the U.S. to make sure we are prioritizing those with the greatest need.”

Roman admitted that even though 3M had ramped up production for the coveted N95 masks in the United States, the company did have humanitarian obligations with other countries. “A small percentage, less than 10 percent of our respirators in the United States are exported to Canada and Latin America to support their health care workers,” explained Roman. “We are often the sole provider of those respirators in those countries.”

“As we've been telling the administration for days and days,” said Roman, “We're happy to ship our overseas production to the U.S. However, there are consequences on a humanitarian level and that includes stopping exports to Canada and Latin America.” “We’re not happy with 3M, we’re not happy and the people that dealt with it directly are not at all happy with 3M,” said Trump during his daily coronavirus task force briefing.  After the mandate was made Thursday, both the president and Peter Navarro, one of his top advisers overseeing the enactment of the DPA, criticized 3M publicly.

The words sparked concerns across U.S. borders. Doug Ford, the premier of Ontario in Canada, expressed concern for what this could mean for the “health and well-being of our frontline workers” and stressed that the U.S. and Canada should work together during this crisis.

The Minnesota-based company normally produces between 16 to 20 million respirators a month in the U.S., and Roman said 3M has doubled its production during the crisis. In addition, masks are being imported from supplies in China at the rate of 10 million a month.