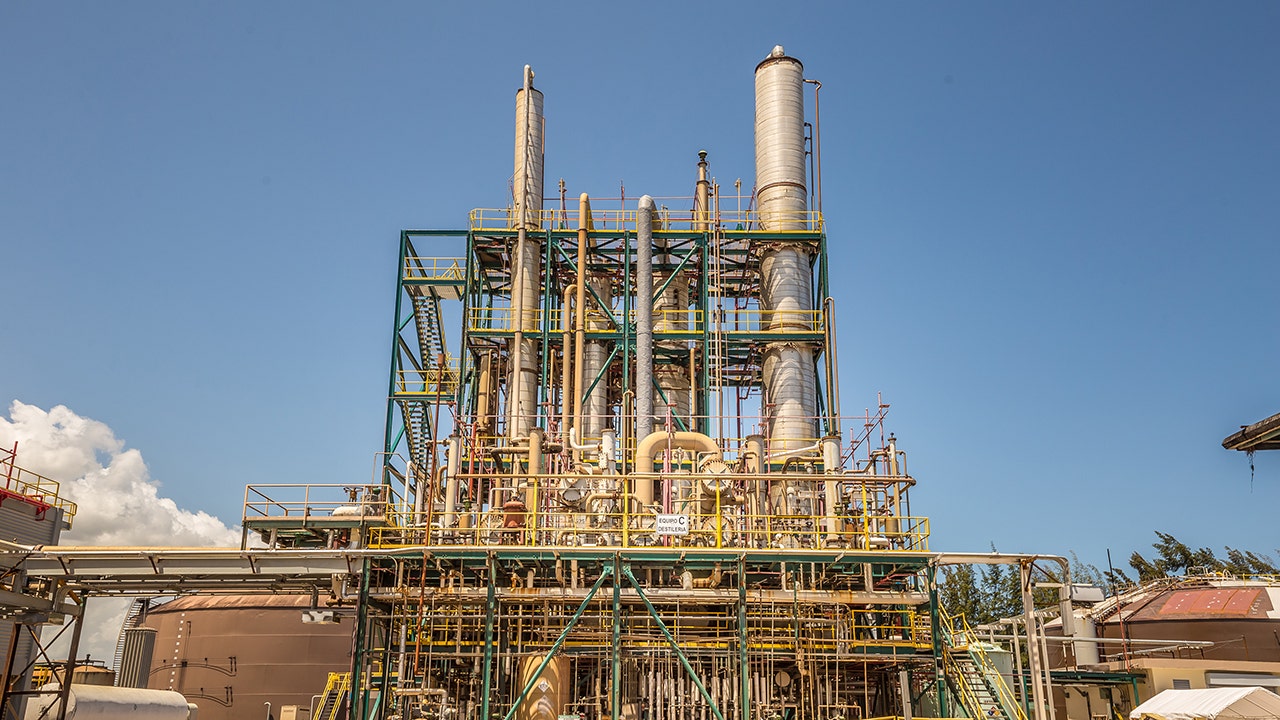 DES MOINES, Iowa — As hospitals and nursing homes desperately search for hand sanitizer amid the coronavirus outbreak, federal regulators are preventing ethanol producers from providing millions of gallons of alcohol that could be transformed into the germ-killing mixture.

The U.S. Food and Drug Administration's roadblock has been frustrating the health care and ethanol industries, which have been calling for a relaxed regulation to deal with the public health care emergency.

“Hand sanitizer is a big part of our lives,” said Eric Barber, CEO of Mary Lanning Healthcare, a hospital in Hastings, Nebraska. “We can’t get any. We order it and it’s just not available.”

The problem for the ethanol industry is that most plants make food-grade ethanol, one step below the highest pharmaceutical grade. But since the plants aren't certified to comply with stringent production standards designed to protect the quality of medicines, food ingredients and dietary supplements, the FDA doesn't want the alcohol used for a product to be applied to the skin.

In addition, the alcohol is not denatured or mixed with a bitter additive to make it undrinkable. The FDA insists this step is “critical” because of cases of poisoning, sometimes fatal, among young children who have accidentally ingested hand sanitizers.

An FDA spokesman said Thursday that regulators have already seen a rise in poisonings linked to hand sanitizers in recent weeks, “heightening this public concern.”

The FDA is also skeptical of industry claims that undenatured sanitizers could be distributed in a way that would keep them away from children.

“It is unclear what, if any, measure could be instituted to ensure that the product does not make its way into consumer hands, where children could have access,” FDA’s Jeremy Kahn said in an emailed statement.

“You’re talking about alcohol. Does it matter if it's fuel grade or whatever the stuff is they’re trying to price gouge now? I think its common sense,” he said. 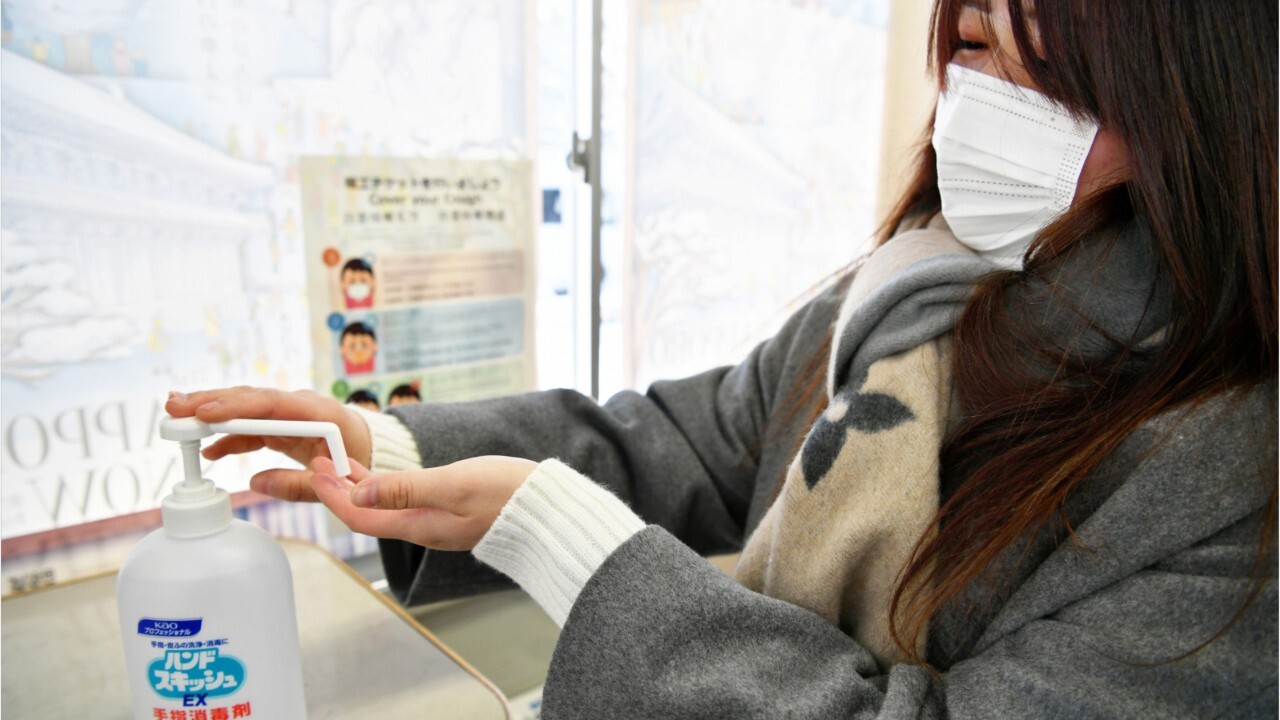 The American Hospital Association encouraged flexibility to help protect patients and caregivers, without directly weighing in on the sanitizer dispute.

“We may need to consider a range of possible solutions that were not on the table before the pandemic,” said Nancy Foster, a vice president with the group, in an emailed statement to the AP.

The Consumer Brands Association, formerly the Grocery Manufacturers Association, has had conversations with the FDA to push the agency to reconsider its guidelines. The group, which represents branded food, consumer products and beverage companies, said that hand sanitizer supplies are running so low that its members have had to ration it out to workers in stores, distribution centers and manufacturing plants.

"We need a temporary solution," said Mike Gruber, vice president of regulatory and technical affairs at the trade association. “This goes toward ensuring basic food practices.”

Distillers that produce vodka, whiskey and other alcoholic drinks have been given some regulatory waivers by the Alcohol and Tobacco Tax and Trade Bureau allowing them to produce hand sanitizer. Many have done that, but they produce much smaller volumes of alcohol than an ethanol plant could produce. They also receive a benefit in the Senate-passed stimulus bill.

The Distilled Spirits Council of the United States, which represents dozens of large and small distillers, applauded Congress for easing taxes on distillers who make hand sanitizer.

Under the stimulus package passed late Wednesday, distillers don’t have to pay federal excise taxes on alcohol used for hand sanitizer through Jan. 1, 2021.

“Hundreds of U.S. distillers are stepping up to produce hand sanitizer and they should not be hit with a huge tax bill for producing this much-needed item, especially at a time when so many of them are struggling,” said Chris Swonger, the group’s president and CEO.

AS CORONAVIRUS SPREADS, HAND SANITIZER BEING MADE BY DISTILLERIES WITH OWN ALCOHOL

But the council said it’s urging the FDA to update its guidance and let distillers use undenatured alcohol for hand sanitizer. The stimulus bill requires distillers to follow the FDA’s guidance if they want to receive the tax breaks.

The FDA has waived dozens of regulations in recent weeks to boost production of key medical supplies, including coronavirus tests, ventilators, gloves and hand sanitizers.

Under the latest FDA guidelines, regulators maintain standards for alcohol, requiring new producers to use alcohol that meets federal or international standards for use in either drugs or food products.

The regulatory hurdles are especially frustrating for Midwest ethanol producers who are facing plunging fuel demand and a petroleum fight between Saudi Arabia and Russia that caused prices to plummet. The factors are forcing more plants to curtail production and close.

For ethanol producers relaxed rules, including a requirement of the hard-to-acquire denaturant, would allow them to step in an help in a national emergency.

“If we could get the FDA to say yes you can use the beverage grade and for the duration of this emergency at least for some point in time here for the next two weeks you can waive the denaturant we would literally have millions of gallons of hand sanitizer available within a matter of days,” said Monte Shaw, CEO of Iowa Renewable Fuels Association, an ethanol trade group. “Every one of our plants has gotten contacted by people who want this stuff and we can’t send it to them.”

“We are literally three miles from a plant that has as much ethanol as you could imagine,” he said. “We’re sitting on millions of gallons of alcohol. If we could rally the federal government to say look if you just let us work with local ethanol producers we have the expertise, we have the ability to provide hand sanitizer to hospitals not only in Nebraska but all across the country that are just reaching out through my network saying if you could send us hand sanitizer, we’re out.”