Next round of coronavirus stimulus could add $1.5 trillion 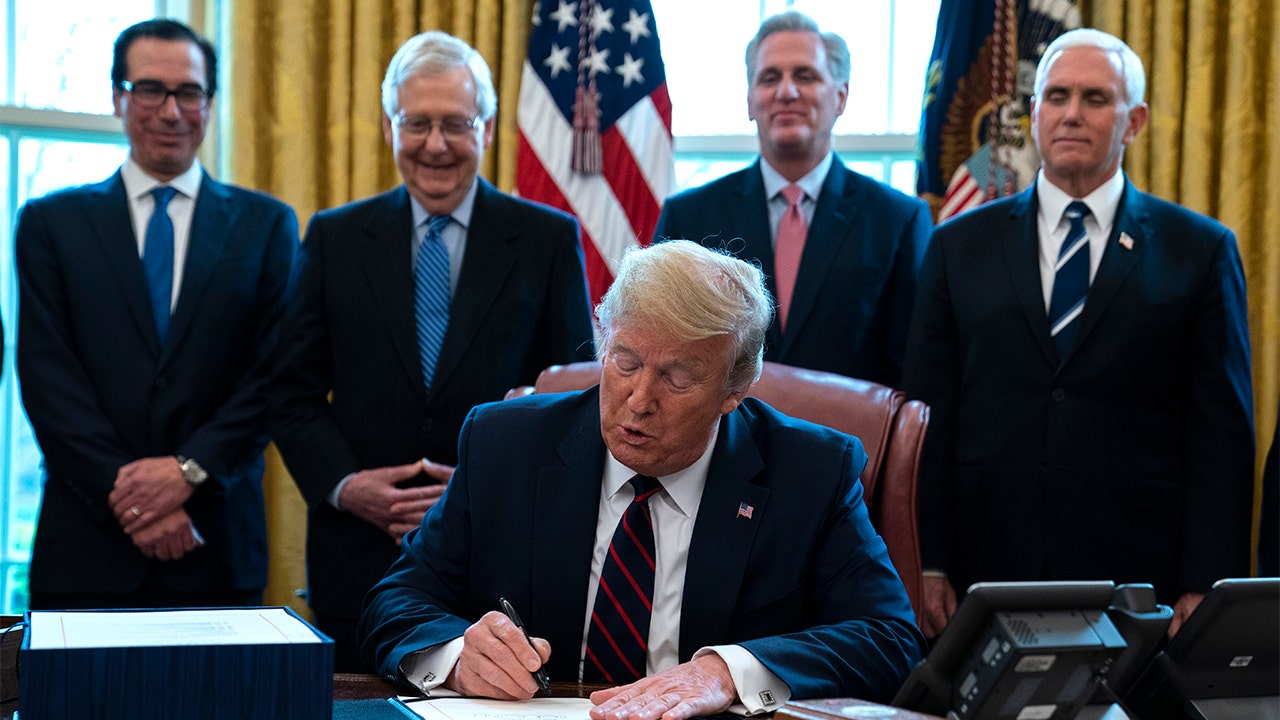 White House and congressional officials are signaling to senior Wall Street executives that the next round of coronavirus stimulus is taking shape and that a package of spending and possible tax cuts could add another $1.5 trillion to the more than $2 trillion already being spent, FOX Business has learned.

According to Wall Street executives with direct knowledge of the matter, there is general agreement in the White House and among congressional leaders in both parties that more spending is needed to prevent the economy from tumbling into a depression amid the widespread virus-related lockdowns and quarantines that have caused massive unemployment and a sharp decline in business activity.

A legislative package of another round of stimulus could be produced by mid-May, Wall Street executives say.

Much of the details of any possible new stimulus plan remain unclear, but Wall Street executives who have discussed the measures with officials in Washington say there is a bipartisan consensus for additional money to be funneled to individuals in the form of possible extended tax credits and direct aid, as well as more money to help small businesses, possibly the hardest-hit sector of the economy from the pandemic. The deal might also include stimulus for infrastructure spending to boost construction jobs.

FED PLANS CORONAVIRUS SUPPORT TO SMALL BUSINESSES VIA RAMP-UP IN LENDING
The first round of stimulus, known as the CARES Act, spread $2.2 trillion in federal spending to individuals in the form of tax credits and to small businesses through the so-called Paycheck Protection Program, which offers forgivable loans to businesses to pay for 2.5 times their monthly average payroll.

In a letter to fellow House Democrats on Saturday, Pelosi wrote, “We must double down on the down-payment we made in the CARES Act by passing a CARES 2 package, which will extend and expand this bipartisan legislation to meet the needs of the American people.”

Meanwhile, the administration remains tight-lipped on timing. “If we need more, we'll ask for more, but day at a time, week at a time — let's see how this works," President Trump’s top economic adviser, Larry Kudlow, told reporters Monday.

Details of the possible new stimulus package, reported first by FOX Business' "Claman Countdown" late Monday, pushed an already soaring stock market roughly 500 points higher. The Dow Jones Industrial Average finished the session up more than 1,600 points, as traders celebrated positive news that the virus's spread may have begun to taper off and the economy could get back to a degree of normalcy at some point this spring. Speculation about a new round of spending also spurred stocks, traders tell FOX Business.

The new stimulus talks, however, have not dampened some of the criticism of the current stimulus plan; small business owners and banks have told FOX Business that the federal government was unprepared to begin administering the $350 billion in small business loans found in the first stimulus’s round by its deadline last week. Administration officials have privately conceded to Wall Street executives that they fear the small business component isn’t enough to meet loan demand.

Small businesses are considered companies with 500 or fewer employees but they are the backbone of the US economy, employing nearly half the US workforce. Many have shuttered, others have slashed payroll as a result of the government-mandated social distancing orders that will remain in effect until least April 30 to stop the coronavirus spread

While traders cheered the news of possible new spending, economists say the discussions are an indication of the growing consensus in political circles that there will be no easy or quick economic fix for an economy that is teetering on the edge of a possible depression amid the virus outbreak.

Last Thursday, 6.6 million people filed initial unemployment claims—the most people to ever file claims in the span of a week. A study released by the Federal Reserve of St. Louis estimates unemployment could reach 47 million people, or 32 percent of workers. For context, the highest unemployment rate during the Great Depression was 24.9 percent.