Fed’s Powell pledges to combat inflation ‘forcefully,’ but warns of economic pain ahead 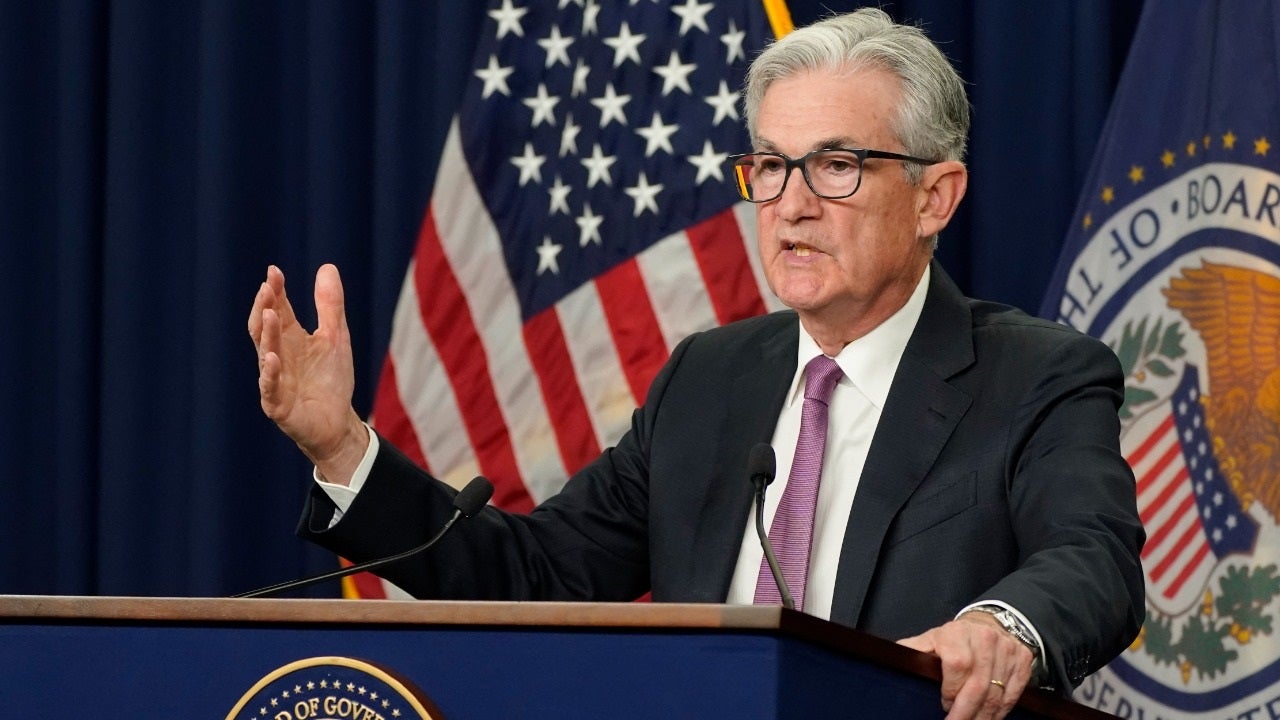 Federal Reserve Chairman Jerome Powell on Friday delivered a stark message on the state of the U.S. economy at the annual central bank gathering in Wyoming: Inflation remains painfully high, and cooling it will require forceful action that could soon bring "pain" to households and businesses nationwide.

In his hotly anticipated speech at the Kansas Federal Reserve's Jackson Hole symposium, Powell reiterated a pledge to "forcefully" fight inflation that is still running near the hottest pace in 40 years and wrestle it closer to the Fed's 2% goal.

The current benchmark federal funds range of 2.25% to 2.50% is around the "neutral" level, meaning that it neither supports nor restricts economic activity. But the Fed chief signaled that a restrictive stance will almost certainly be necessary as the central bank tries to pump the brakes on the economy.

"We are moving our policy stance purposefully to a level that will be sufficiently restrictive to return inflation to 2%," Powell said, suggesting that "restoring price stability will likely require maintaining a restrictive policy stance for some time. The historical record cautions strongly against prematurely loosening policy."

A growing number of economists and Wall Street firms are already forecasting an economic downturn this year or next, after economic growth contracted in the first two quarters of the year.

Hiking interest rates tends to create higher rates on consumer and business loans, which slows the economy by forcing employers to cut back on spending. Mortgage rates have nearly doubled from one year ago to 5.55%, while some credit card issuers have ratcheted up their rates to 20%.

Stocks sold off sharply on Friday after Powell's speech, with the Dow Jones Industrial Average tumbling more than 800 points and the S&P 500 dropping more than 2%. The Nasdaq Composite slid 2.77%.

It's unclear what the rate hike trajectory could look like over the next year. Powell said that Fed officials will be watching forthcoming economic data closely in making their decisions. A majority of traders have priced in a third 75-basis-point rate hike when policymakers meet at the end of September, according to the CME Group's FedWatch tool, which tracks trading.

"While the lower inflation readings for July are welcome, a single month’s improvement falls far short of what the Committee will need to see before we are confident that inflation is moving down," he said.