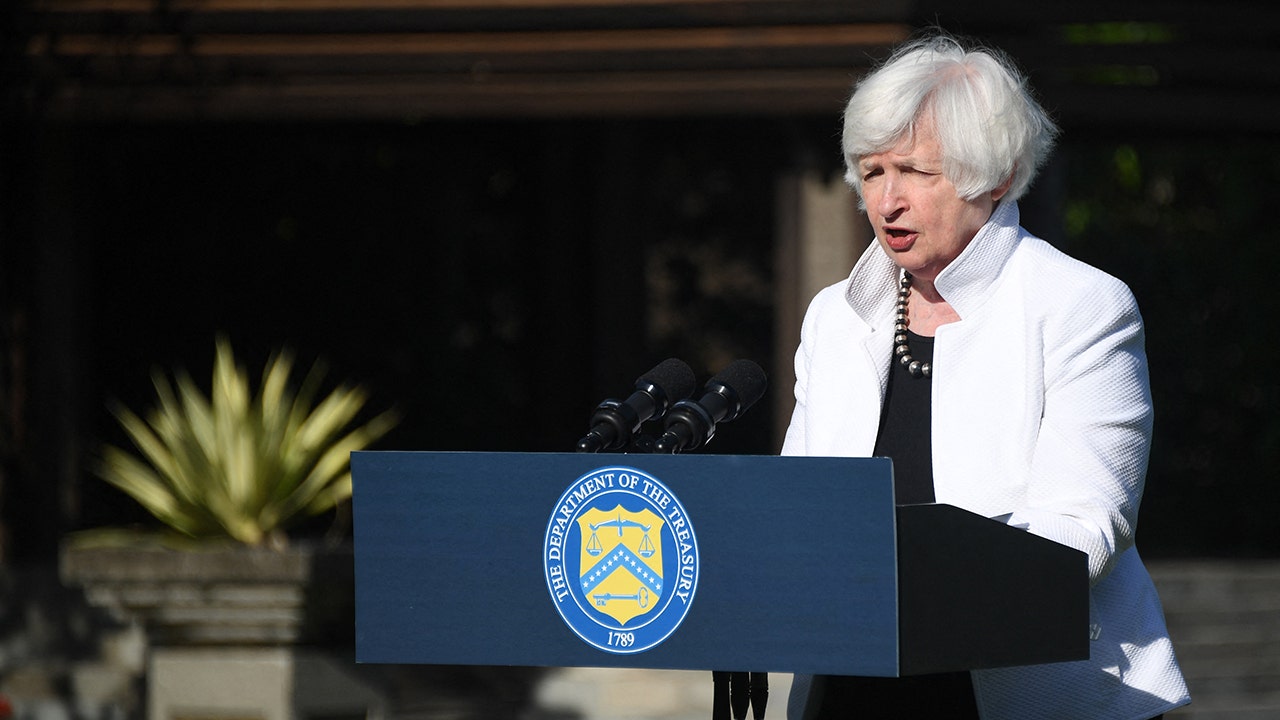 U.S. Treasury Secretary Janet Yellen is celebrating a new plan she and the other finance ministers from the Group of Seven wealthy nations agreed to on Friday that will put price caps on Russian oil as a way to cut the Kremlin's revenue without hurting global supplies.

Yellen said in a statement that "this price cap is one of the most powerful tools we have to fight inflation and protect workers and businesses in the United States and globally from future price spikes caused by global disruptions." 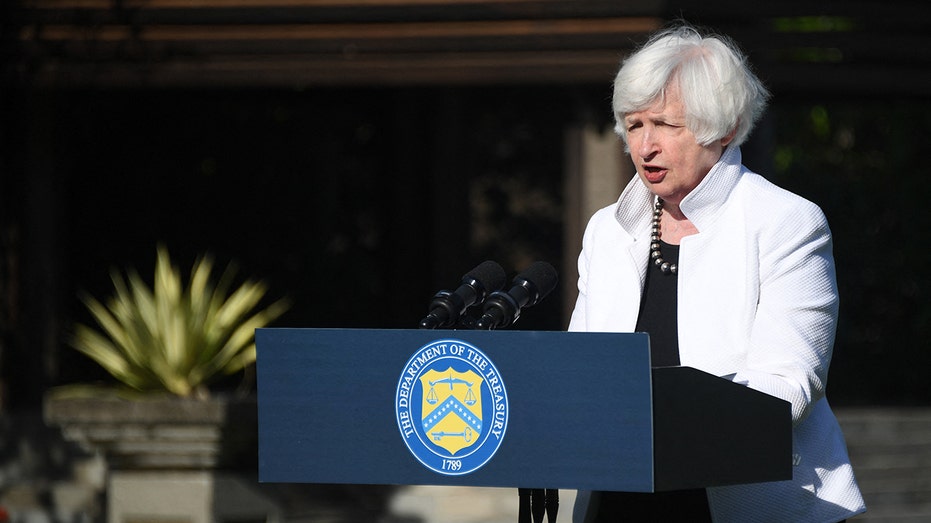 US Treasury Secretary Janet Yellen speaks during a press conference before attending the G20 Finance Ministers Meeting in Nusa Dua on the Indonesian resort island of Bali on July 14, 2022.  ((Photo by Sonny Tumbelaka/AFP via Getty Images) / Getty Images)

Details of the plan are still being worked out, but the G7's finance ministers agreed Friday that they would impose bans on the insurance and financing of Russian oil shipments unless the freight is sold at a price below the yet-to-be-determined caps.

Senior Treasury Department officials said on a background call regarding the move that there will be three price caps set for Russian petroleum products: One for crude, and two for refined products.

They said the goal is to set a cap high enough that it is worth it for Russia to continue selling oil, but low enough that it hurts the country's economy and hinders Putin's ability to fund his war in Ukraine.

The G7 finance ministers' announcement said the caps will be determined "based on a range of technical inputs and will be decided by the full coalition in advance of implementation in each jurisdiction."

The price caps will go into effect on December 5, in coordination with an import ban by the European Union on Russian oil that same day. 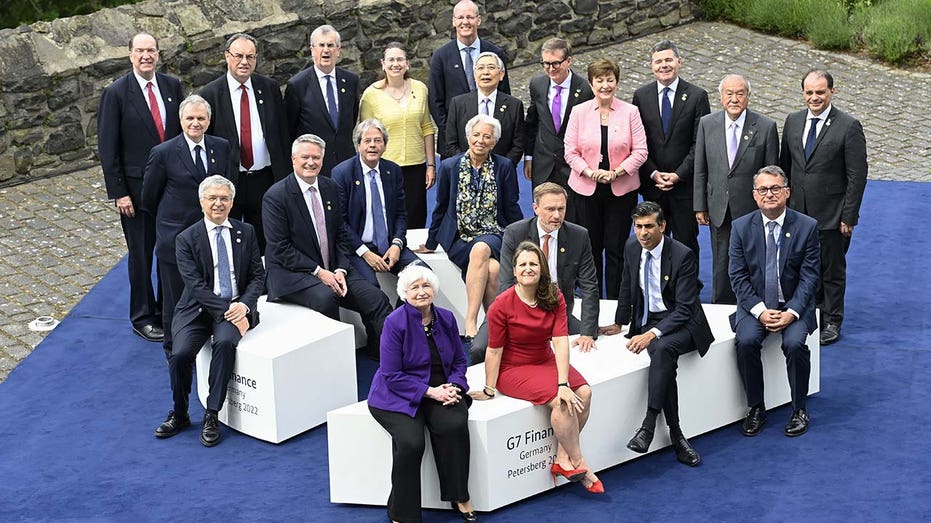 G7 Finance ministers and central bankers from the Group of Seven industrialized nations (G7) pose for a group photo on May 19, 2022 at the Petersberg in Koenigswinter near Bonn, western Germany.  (Photo by Ina Fassbender/AFP via Getty Images / Getty Images)

"By committing to finalize and implement a price cap, the G7 will significantly reduce Russia’s main source of funding for its illegal war, while maintaining supplies to global energy markets by keeping Russian oil flowing at lower prices," Yellen said.

But the Kremlin is already pushing back, vowing not to sell oil to any country that agrees to the price caps and warning that the G7's move will disrupt global energy markets further.

PUTIN TO ATTEND WAR GAMES WITH CHINA AND OTHER ALLIED NATIONS, EXPERT WARNS OF ‘DANGEROUS’ TIME

"Companies that impose a price cap will not be among the recipients of Russian oil," Kremlin spokesman Dmitry Peskov told reporters in a conference call on Friday. "We simply will not cooperate with them on non-market principles." 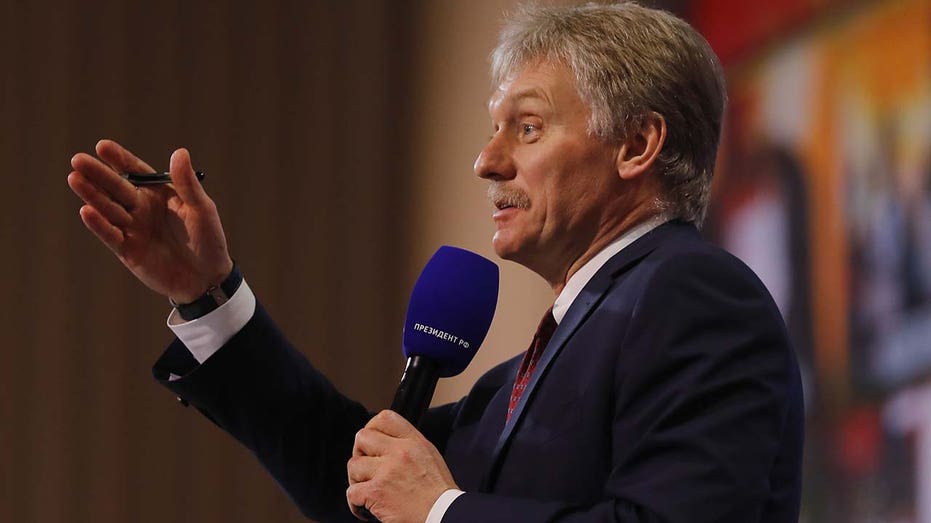 Peskov said Russia is studying how price caps on its exports might impact the country's economy, adding, "One thing can be said with confidence: such a move will lead to a significant destabilization of the oil markets."

Meanwhile, Treasury officials say the threat of capping Russian oil prices, which was announced a few months ago, is already working.

"Today’s action will help deliver a major blow for Russian finances and will both hinder Russia’s ability to fight its unprovoked war in Ukraine and hasten the deterioration of the Russian economy," Yellen said. "We have already begun to see the impact of the price cap through Russia’s hurried attempts to negotiate bilateral oil trades at massive discounts."

FOX Business' Tyler Kendall and Reuters contributed to this report.