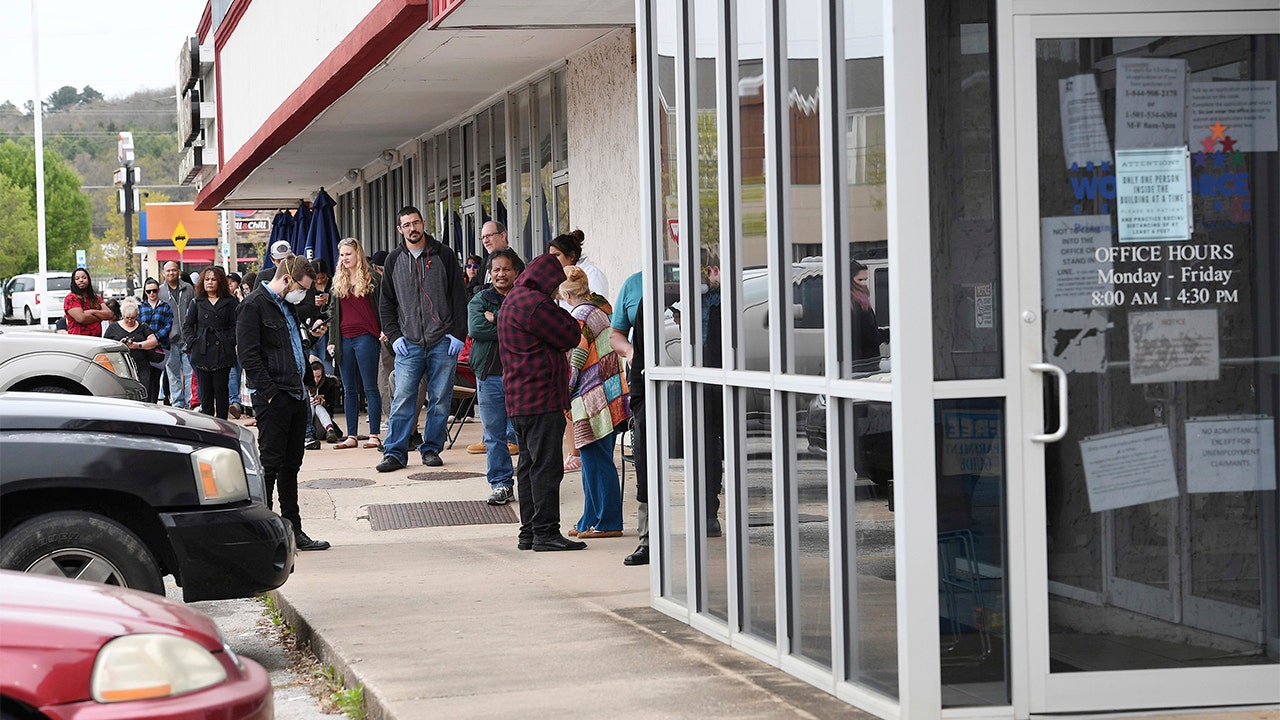 The coronavirus pandemic has left the U.S. labor market reeling, but the March jobs report likely won’t reflect the full extent of the damage inflicted by the health crisis.

That’s because the data reflects the early weeks of the month before a number of cities and states mandated strict stay-at-home policies and ordered nonessential businesses to close in an attempt to mitigate the spread of COVID-19, the disease caused by the novel coronavirus.

Economists surveyed by Refinitiv expect Friday’s report to show that U.S. employers shed 100,000 jobs from the payroll, snapping a 113-month streak of job creation, and the unemployment rate jumped to 3.8 percent from 3.5 percent, a half-century low. In comparison, the economy added a better-than-expected 273,000 jobs in February before the virus gained a foothold in the U.S.

The forecasts are far less bleak than the picture painted by the record-shattering jobless claims. More than 6.6 million Americans filed for unemployment between the period from March 21 and March 28, bringing the two-week total to nearly 10 million, a stunning sign of the depth of the economic crash. Before the coronavirus forced large swaths of the economy to shut down, the highest jobless claims reported was 695,000 in 1982. The peak during the Great Recession was 665,000 in March 2009. The data date back to 1967.

But the Labor Department’s pivotal jobs report will be based on surveys conducted prior to March 12 when large swaths of the economy had not yet shut down.

“These numbers won’t fully cover the period when we know many people lost their jobs so it will be a mere taste of what’s to come,” said James McCann, senior global economist at Aberdeen Standard Investments. “These data will sharpen focus in Washington around what is needed for the next fiscal stimulus package.’’

An earlier report released this week, conducted in the same time period, revealed that private employers slashed just 27,000 jobs at the beginning of the month.

"Much bigger job losses are coming," said Mark Zandi, Moody's chief economist, during a conference call with reporters. He estimated that between 10 to 15 million jobs could disappear from the economy as a result of the outbreak, with the worst taking place in April.

Estimates vary drastically for how high unemployment will climb, but economists broadly agree that it will be grim. An analysis published by the Federal Reserve Bank of St. Louis last week projected that unemployment could hit 32 percent in the second quarter as more than 47 million workers are laid off as a result of the pandemic. That would exceed the 24.9 percent peak during the Great Depression.