Some businesses in Twin Cities forced to shut early, concerned over rise in crime 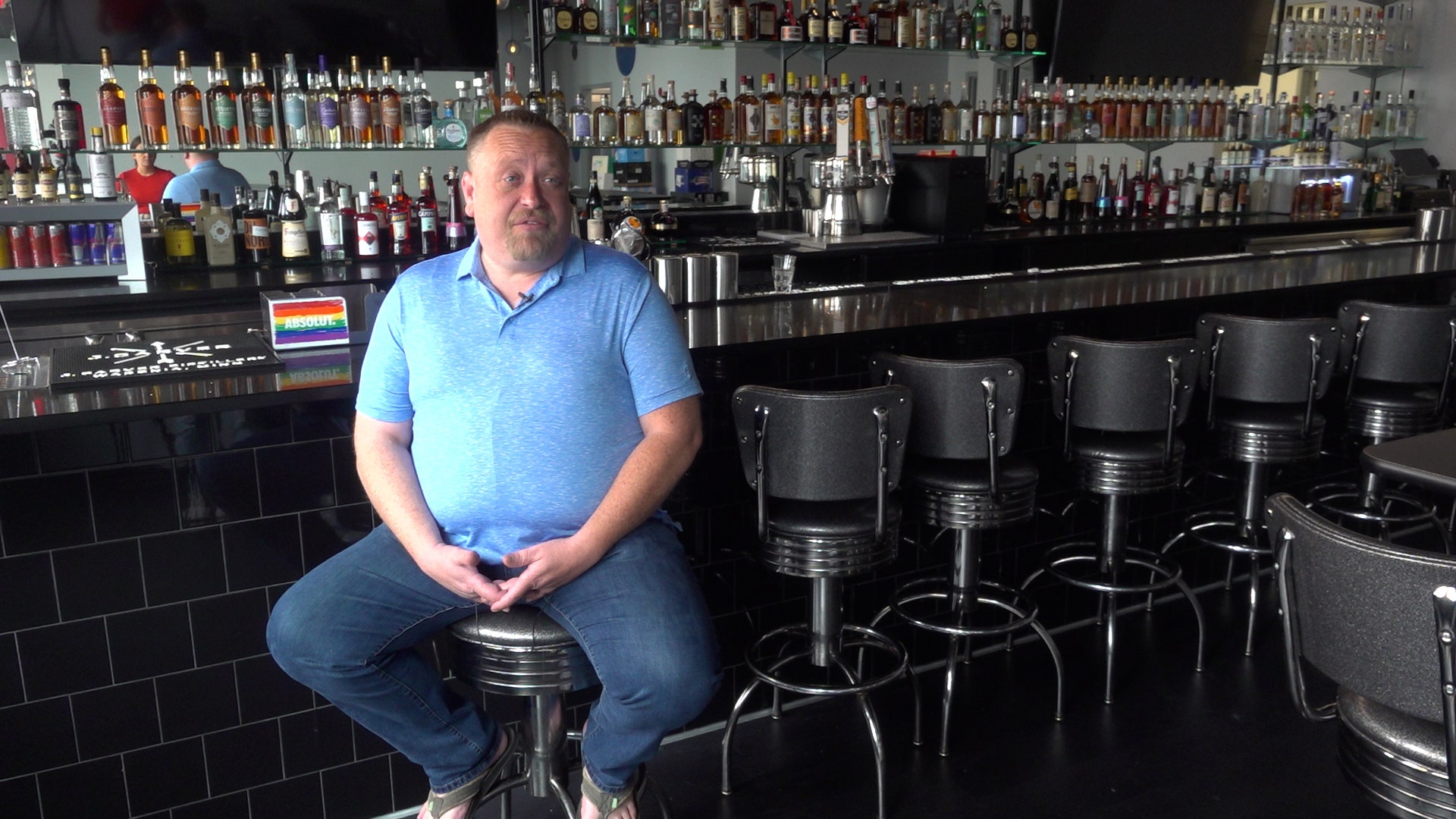 Business owners in the Twin Cities are split on crime’s impact on business. Some say it’s “overblown,” while others say fewer people want to go out to eat over fears of crime. Either way, the restaurant scene isn’t what it used to be pre-pandemic.

As if business owners didn't have enough to worry about with inflation and staffing shortages, some say an increase in crime is hurting their bottom line.

Business owners in the Twin Cities are split on crime’s impact. Some say it’s "overblown" and business is "thriving," while others say that fewer people want to go out to eat over fears of crime. Either way, the restaurant scene isn’t what it used to be pre-pandemic.

Sam Turner is the owner of the Nicollet Diner, one of the last restaurants open 24/7. They just relocated two weeks ago to a space in Nicollet Mall where they plan to open a cabaret bar next door. Turner says they haven’t seen a decrease in business, but they’ve made changes due to the increase in crime. 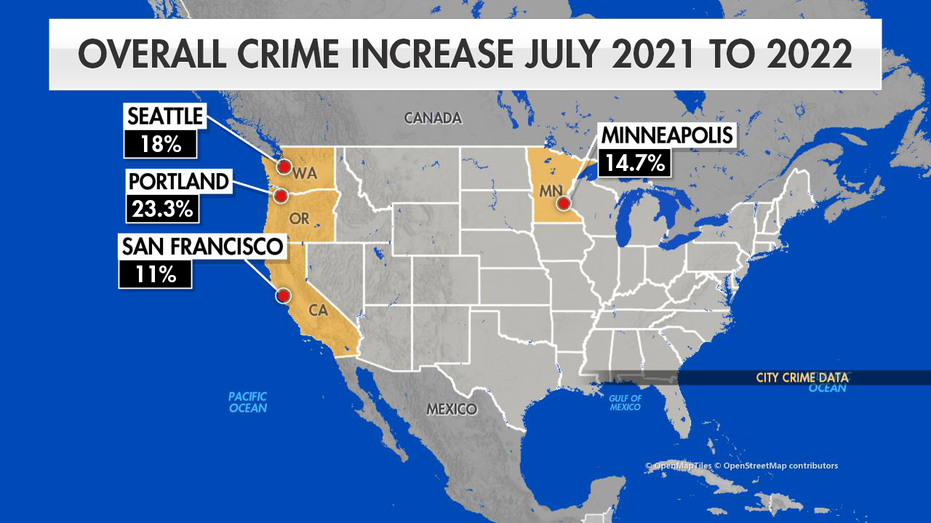 "There have been a couple of shooting incidents within a block or two of [where] our establishments are, right out front," Turner said. "It's kind of just a culture of complete lawlessness."

Turner said it’s been a downward spiral since the pandemic.

"Public safety is a huge concern in the city in general. For us, it has caused us to modify our business practices. For instance, we don't take orders in person anymore to go," Turner said.

They also require diners to show proof of ID and pay when they order after 10 p.m. 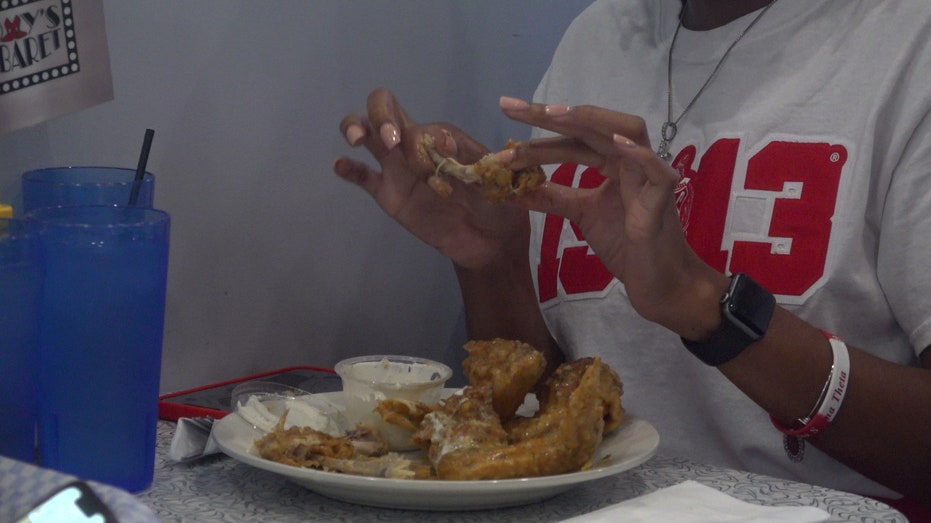 Professor Chris Uggen also says that diners may be apprehensive to go out to eat due to financial reasons and being in the routine of staying home from the pandemic.  (Fox News)

Open Table data shows that Minneapolis had less than half the number of people eating out this July than they did in 2019.  San Francisco, Portland and Seattle saw over a 40% drop.

All of those cities have seen more than a 10% increase in crime this year compared to last, according to city crime data.

"Every one of our restaurants has been robbed," Brian Ingram said. "My car was stolen from my house just a few days ago."

Ingram runs Purpose Driven Restaurants, which operates several establishments in St. Paul. His restaurant, The Gnome Craft Pub, has started closing early due to the threat of crime. 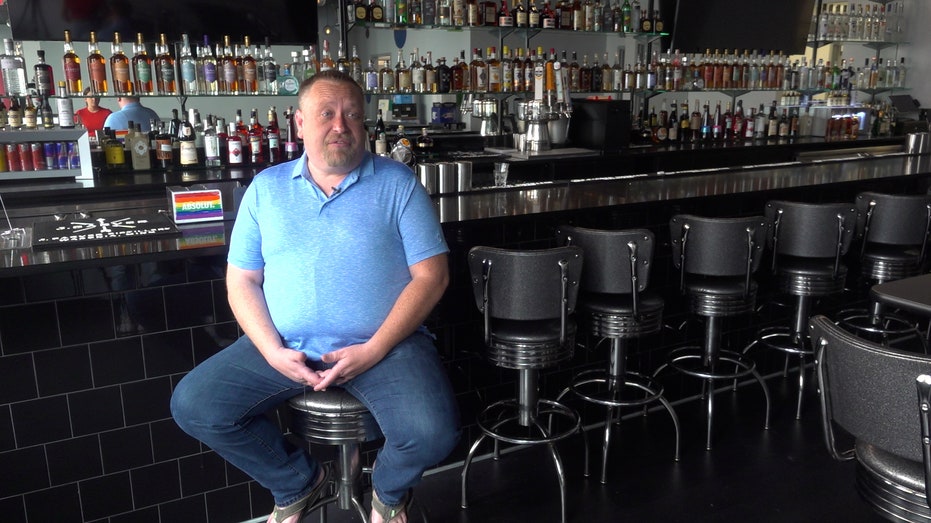 “It’s important to us that our guests feel safe when they’re here,” Owner Sam Turner said. He said they used to only have one security officer at night for Nicollet Diner and now they have anywhere between 1 to 4 security guards.  (Fox News / Fox News)

"No staff wants to work after it gets dark. Nobody feels safe walking to their cars. It's gotten really bad," Ingram said. "Here at the gnome, it's a pub. They used to close at one o'clock in the morning. We did a tremendous amount of business from nine until 1 a.m. And now we're closed because of safety concerns."

Christopher Uggen is a professor at the University of Minnesota where he studies crime, law and inequality. He says politicians have often exploited fear of crime for political gain.

"I think we have to be somewhat cautious about, about the attributing, say the decline in reservations solely to fear of crime. I think it could be one factor, but I also think inflation is likely a big factor or economic insecurity," Uggen said.

Keep in mind the police are down hundreds of officers. In Minneapolis, they had over 700 police officers back in 2019. Now they have under 450, something many business owners say has contributed to the rise in crime.

"Minneapolis is a very resilient city. And we have a lot of things to fix," Turner said. "It’s going to start with getting streetlights replaced. And parking enforcement and just regular traffic enforcement staffing. But then it also is going to make a big difference when we go to vote as well, when it comes to judges and public defenders and prosecutors. Who we choose to put in those positions is going to determine whether or not how long it takes us to get out of this."