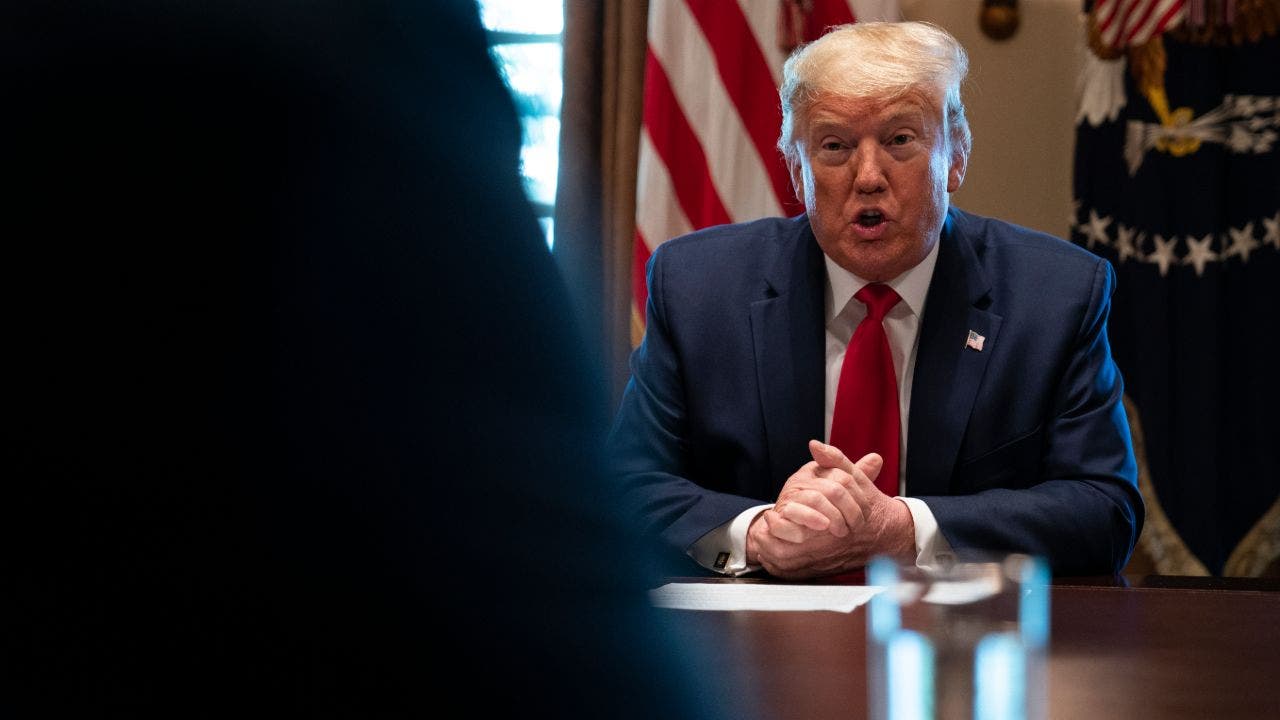 President Trump says one of the nation's top banks is doing a "great job" complying with the federal government's new pandemic stimulus plan in handing out hundreds of billions of dollars in loans to small businesses; he even singled out one of the nation's largest, Bank of America, for its work getting small businesses the money they need to survive the economic fallout from the novel coronavirus.

But the people on the front lines of the $350 billion loan application process, the small business owners, say their experience has been far from great. FOX Business has been contacted by several small business owners who say the loan program — which officially began Friday — is suffering from a series of defects and that loan applications are being summarily rejected for arbitrary reasons. Others say they're getting the brush-off from their bankers who say they still don't have guidance from the federal government to begin the application process even though that guidance was made official Thursday night, according to Treasury Secretary Steve Mnuchin.

Even more, small business owners say they find it odd that Trump in a tweet late Friday afternoon cited Bank of America for doing great work in handing out the loans. Bank of America may have been the first bank out of the gate to make the loans available to its customers Friday morning, but several business owners have contacted FOX Business through social media and other venues and said the bank found reasons to backlog their loan application or deny them altogether.

When contacted about these issues, a Bank of America spokesman declined comment but pointed to a memo circulated internally that said:

“In this first initial launch (of the small business loan program), we have focused on our full relationship clients first."

A Treasury spokesman said, "Treasury and the Small Business Administration, in close coordination with the White House, have established an unprecedented $350 billion Main Street financial assistance program in just one week.  Billions of dollars in loans have been registered on the very first day of activity."

Of course, handing out $350 billion in small business loans — which is the target number in the government's $2 trillion pandemic economic relief effort — was never expected to run seamlessly. The $2 trillion bill was hastily cobbled together and passed on March 26 as lawmakers and the White House worried that the lockdowns to deal with the virus outbreak could lead to a severe economic recession, or worse. The early economic indicators show a dramatic slowdown in the US economy and unemployment rivaling levels not seen since the Great Depression.

Meanwhile, banks were on the forefront of a key piece of the plan in handing out government-backed loans to small businesses. Under the plan, the federal government will provide loans for banks to make available to small business, or outfits with less than 500 employees, with super-low interest rates. The loans will be forgiven and paid off by the government if the small business retains its workforce until the economy can resume possibly in the summer.

The program was considered key to the success of the virus relief package since small businesses employ nearly 50 percent of all working Americans, and they have been the hardest hit by the virus's impact on the economy, as salons, restaurants and other service-related companies have been shuttered laying off tens of millions of workers.

But questions immediately swirled about its effectiveness. The $350 billion size of the program seemed too small to meet the intense demand; as FOX Business reported, White House officials are considering another round of small business loans, meaning possibly tens of billions of dollars more will be added to the program.

Banks complained that even as the Friday deadline to start the loan program approached, the federal government didn't provide them guidelines on how to proceed. Those guidelines then came late Thursday, causing the nation's biggest bank, JP Morgan, to delay launching the loan program until later Friday afternoon. Other big banks, Citigroup and Wells Fargo, have yet to launch their programs as this story is published Friday.

By Friday afternoon, several thousand loan applications were processed or about $2 billion in loans, the Wall Street Journal reported, but that well understated the size and scope of demand. Bank of America was among the first banks to begin the loan program Friday morning. By the end of business Friday, a spokesman said it had processed $7 billion worth of loans from 75,000 applications.

But according to small business owners who contacted FOX Business, its handling of the onslaught of loan applications was uneven at best. One small business owner indicated Bank of America and other banks simply refused to take applications on Friday in some parts of the country. Another said that Bank of America declined applications of customers who didn't have both a checking account and a credit card open in February of this year, as well as a broader banking relationship.

Those customers who meet all of those criteria will be given preference over those that meet just one or two, business owners tell FOX Business.