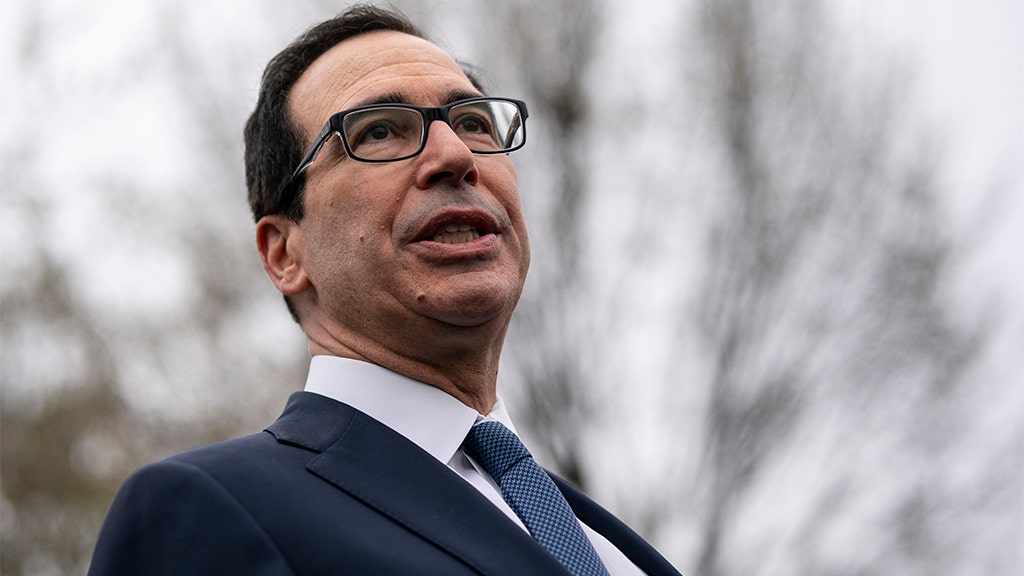 Treasury Secretary Steven Mnuchin said Monday that small business owners could receive instructions on how to file for federal aid set as soon as today, as the coronavirus pandemic batters bars, restaurants and retailers across the U.S.

"These loans will be available starting on Friday," Mnuchin told FOX Business’ Stuart Varney. “We hope later today we’ll be releasing the documents and instructions."

Beginning Friday, Mnuchin said owners can go to any existing Small Business Administration lender, as well as any FDIC-insured institution, credit union or financial-technology lender that has signed up for the program for relief.

Further instructions for how to apply for the aid are expected to be posted on the SBA's website.

"We expect this will be very, very easy," he said.

A key piece of the $2.2 trillion relief bill passed by Congress last week is $350 billion in funding  for small businesses. Businesses with fewer than 500 employees are eligible for up to $10 million in loans, which can be used for payroll and other expenses, like insurance premiums, mortgages, rent or utilities.

A senior Treasury official told FOX Business the small business loan program is retroactive through Feb. 15, meaning small businesses can go back and rehire any workers laid off after Feb. 15.

Companies may borrow up to 2.5 times their payroll, or up to $10 million.

The government will pay off the loan balance so long as the companies either do not lay off workers or rehire ones they’ve already let go.

Although Mnuchin said he believed $350 billion would be enough — he estimated that it covers roughly 50 percent of the private workforce — he said the Trump administration was willing to ask Congress for more money if the number of applications surges.

"This is a very popular program with Republicans and Democrats, and the president likes it a lot," he said. "If we run out of money, and this is a huge success, we will absolutely go back to Congress and ask for more money."

"And by the way, it makes economic sense," he continued. "Because every person we put through this program, we don't have to pay unemployment insurance."

The shutdown of a large swath of the economy pushed the number of Americans filing for unemployment to a historical high. On Thursday, the Labor Department said that jobless claims from the period between March 14 to March 21 surged to 3.28 million, shattering the previous record of 695,000 set in 1982.

That's well above the levels seen during the worst of the Great Recession, and economists have warned the number will likely continue to rise in the coming weeks.

Mnuchin said the third stimulus package signed into law by President Trump last week, the largest relief bill in recent memory, is slated to last between eight to 12 weeks.

If the pandemic continues to weigh on workers and companies, however, he suggested the Trump administration would be open to a fourth deal — one that may include hazard pay for front-line workers like nurses, who earn too much to qualify for a $1,200 cash check. (Under the legislation, workers who earn less than $99,000 are eligible for a check of up to $1,200. Children receive $500).

"We have a lot of money now that we’re deploying," he said. "Our number one job at Treasury right now is making sure we get these programs up and running."