US economic output plunges by 29% as coronavirus forces widespread shutdowns 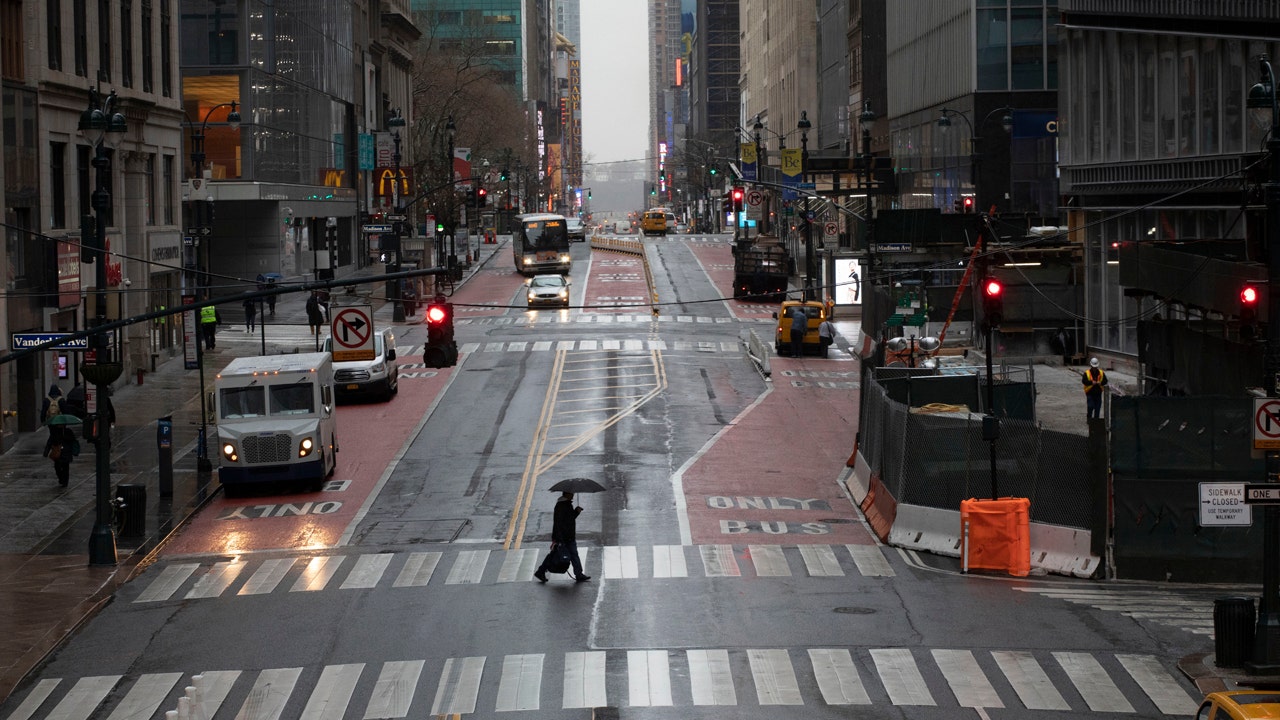 More than one-quarter of the U.S. economy has suddenly gone offline as the coronavirus pandemic forces an unprecedented shutdown of business throughout the country, according to new research.

The study, published by Moody’s Analytics, found that while eight in 10 U.S. counties are under lockdown orders, they represent nearly 96 percent of national output. At least 41 states and Washington, D.C. have ordered some businesses to close, with just four states — Arkansas, Iowa, Nebraska, North Dakota and South Dakota — fully holding out from directing Americans to remain at home, according to Moody’s.

Restaurants, bars, hotels, gyms, beauty salons, entertainment venues and other businesses deemed non-essential have been ordered to close. As a result, U.S. economic output has plunged by roughly 29 percent, compared with the first week of March, before the country began shutting down, the analysis shows.

Moody’s Analytics chief economist Mark Zandi, however, told The Wall Street Journal that he does not believe the 29 percent monthly drop in daily output will be sustained over two more months, which he said could lead to a 75 percent drop in the nation’s GDP during the second quarter. Instead, he expects many counties to reopen before the summer and forecast a 30 percent decline in second-quarter growth.

“This is a natural disaster,” Zandi said. “There’s nothing in the Great Depression that is analogous to what we’re experiencing now.”

The U.S. lost 701,000 jobs in March, the Labor Department said Friday, the steepest one-month decline since March 2009. Restaurants and bars accounted for a bulk of the losses, losing 417,400 positions alone last month.