The US is in a housing recession. Here’s what that means 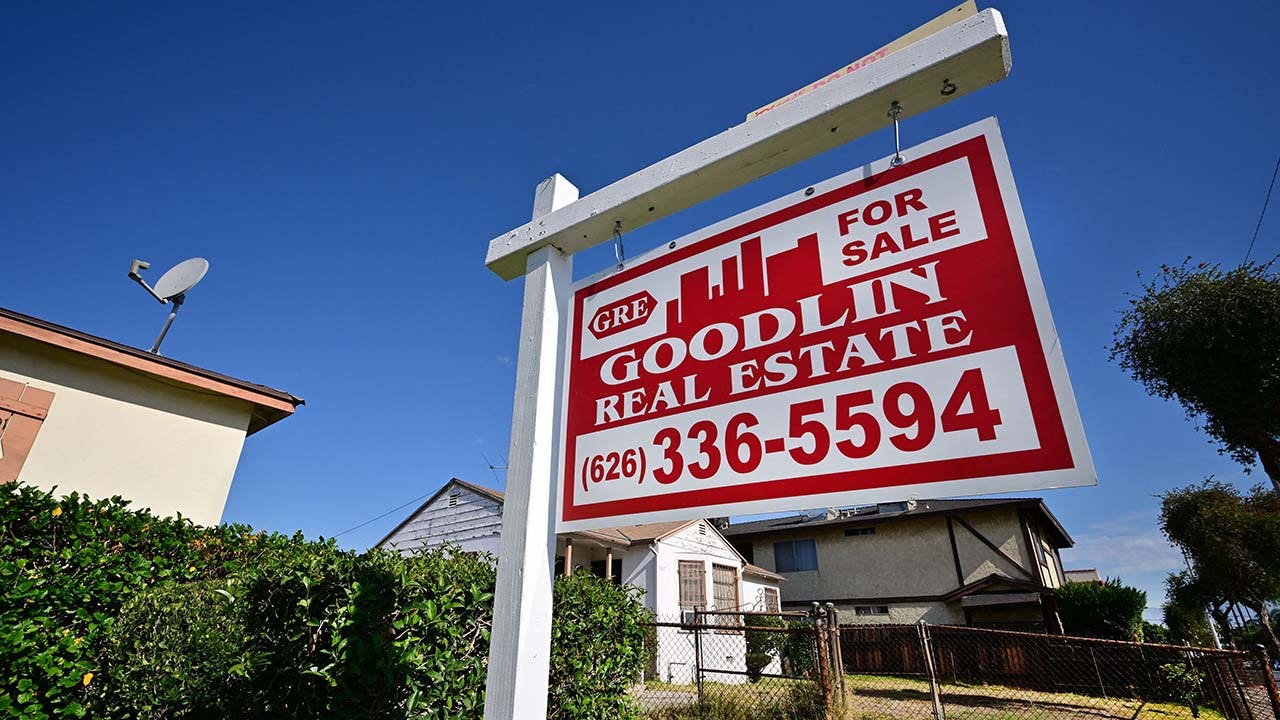 Former Reagan Economic Adviser Art Laffer discusses the rent crisis and Biden touting his American Rescue Plan while claiming the spending package put the U.S. on the road to recovery.

The once red-hot housing market has cooled so rapidly in recent months that some experts actually think the industry has tumbled into a recession.

Painfully high inflation and rising borrowing costs have proven to be a lethal combination for the housing market, forcing potential buyers to pull back on spending.

A slew of new economic data published earlier this month shows the sector is starting to slow considerably: Home builders' sentiment about the industry plunged to the lowest level in two years, and buyers are retreating from the market as they cancel home sales at the fastest pace since 2020 and builders are rethinking construction.

HOW HOUSING IS FUELING RED-HOT INFLATION 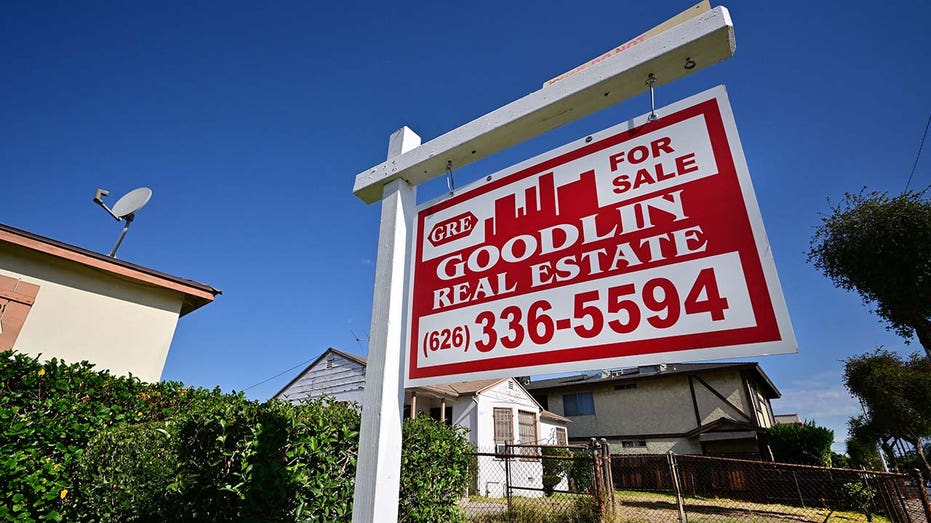 A For Sale sign is posted in front of a property in Monterey Park, California on August 16, 2022. (FREDERIC J. BROWN/AFP via Getty Images / Getty Images)

But the recession is playing out differently for buyers versus sellers. Demand is drying up, but prices remain high because supply is still so limited. With mortgage rates soaring and a growing number of potential buyers backing out of deals — and sales dropping to the lowest level in two years — builders have become increasingly reluctant to build new homes, keeping prices high.

Sentiment among builders in the housing market tumbled in August to the lowest since the beginning of the COVID-19 pandemic, signaling a downturn in the market, according to the National Association of Home Builders/Wells Fargo Housing Market Index, which measures the pulse of the single-family housing market.

The gauge fell for the eighth consecutive month to 49, marking the worst stretch for the housing market since the 2008 financial crisis. Any reading above 50 is considered positive; the gauge has not entered negative territory since a brief — but steep — drop in May 2020.

The index has fallen considerably from just one year ago when it stood at 80. It peaked at a 35-year high of 90 in November 2020, buoyed by record-low interest rates at the same time that American homebuyers — flush with cash and eager for more space during the pandemic — started flocking to the suburbs.

The interest rate-sensitive housing market has started to cool noticeably in recent months as the Federal Reserve moves to tighten policy at the fastest pace in three decades and withdraws its support for the economy. Policymakers already approved a 75-basis point rate increase in both June and July and have signaled that another mega-sized increase is on the table when they meet in September. 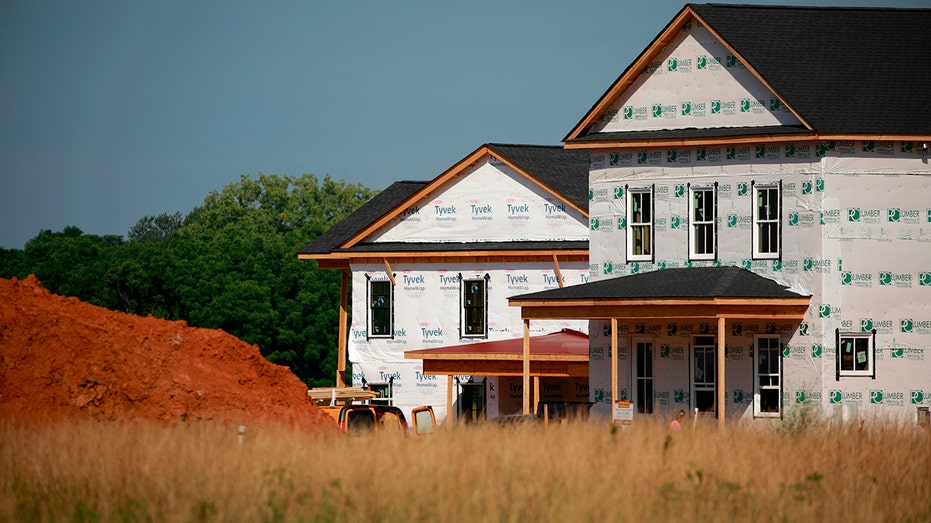 Houses under construction at the Norton Commons subdivision in Louisville, Kentucky, US, on Friday, July 1, 2022.  (Photographer: Luke Sharrett/Bloomberg via Getty Images / Getty Images)

The number of home sale cancelations soared in July to another two-year high as buyers retreated from the market. About 63,000 home purchase agreements were called off in July, equal to 16% of homes that went into contract that month, according to a new analysis by Redfin published on Tuesday. That is up from 15% of deals that collapsed in June and is the highest rate in more than two years.

"Buyers are also skittish because they’re afraid a potential recession could cause home prices to drop," said Heather Kruayai, a Redfin real estate agent based in Jacksonville, Florida. "They don’t want to end up in a situation where they purchase a home, and it’s worth $200,000 less in two years, so some are opting to wait in hopes of buying when prices are lower."

With the deterioration in the housing market, sellers are being pushed to reduce their asking prices. Goldman Sachs economists predicted in an analyst note last week that the housing market has "further to fall" and that home price growth will "slow sharply in the next couple of quarters." The economists predicted that home price growth will stop in 2023.

This comes as consumers face higher mortgage rates, which rose sharply during the first half of the year as the Fed began hiking rates, but have cooled in recent weeks amid growing fears about the state of the U.S. economy and the threat of a looming recession.

However, rates rose again last week after Fed Chairman Jerome Powell delivered a speech in which he promised to fight inflation "forcefully," regardless of the potential economic fallout.

The average rate for a 30-year fixed rate mortgage climbed to 5.66% for the week ending Sept. 1, according to recent data from mortgage lender Freddie Mac. That is significantly higher than just one year ago when rates stood at 2.88%.

The weakening in the housing sector is a big deal because it plays such an important role in the broader U.S. economy: Spending on housing accounts for roughly 18% of the nation's GDP, the broadest measure of goods and services produced in the nation.

"Housing has clearly gone from tailwind to headwind for the U.S. economy," said Bill Adams, chief economist at Comerica Bank. "It will likely subtract from real GDP growth for the next year."