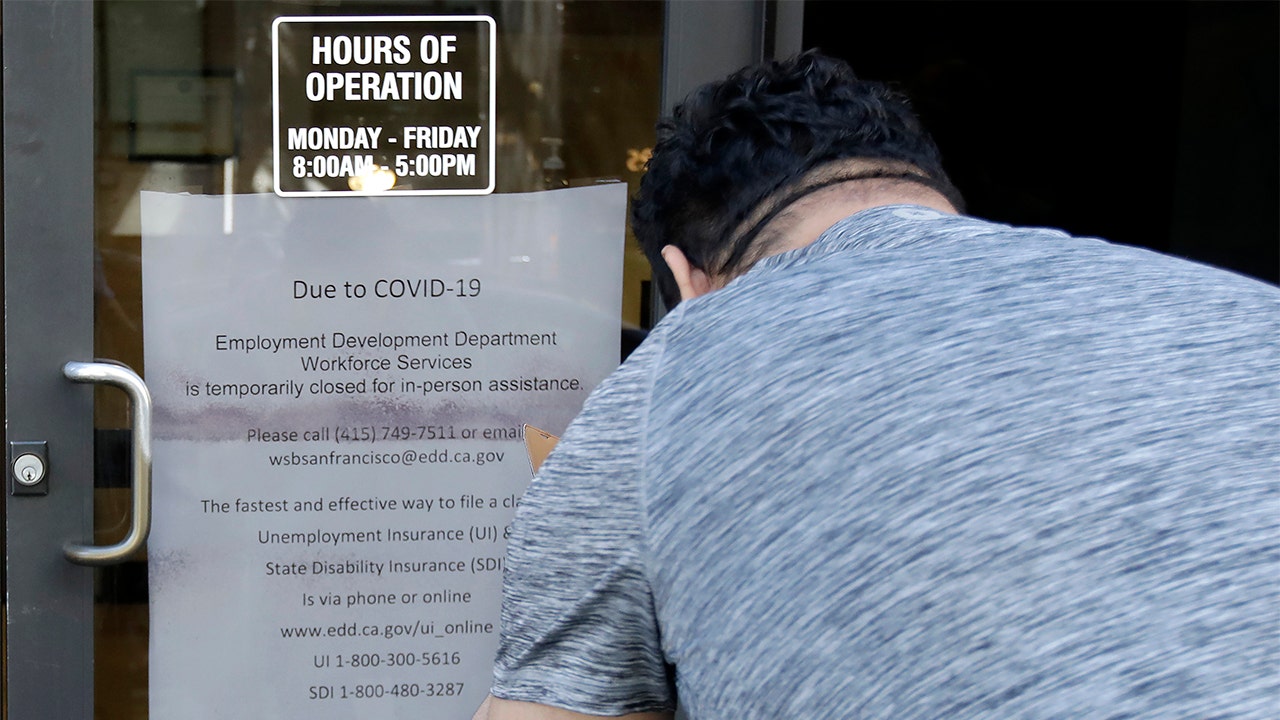 The number of Americans filing claims for unemployment benefits surged to more than 6.6 million last week, breaking a record high for the second week in a row as more states and cities enforced strict stay-at-home measures in an attempt to stop the coronavirus pandemic.

Claims between the period of March 21 and March 28 blew past the previous week's record of 3.3 million, according to the weekly jobless claims report from the Labor Department published on Thursday. The previous week’s total was revised higher by 24,000.

That brings the total number of Americans who filed for unemployment over the past two weeks to nearly 10 million, a stunning sign of the colossal economic damage inflicted by the outbreak. 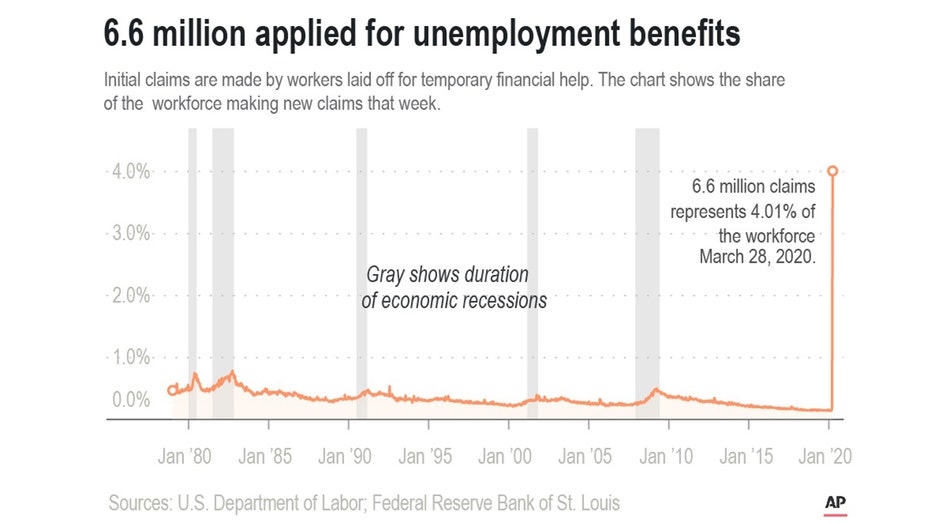 The report, which provides the most up-to-date evidence on the labor market and the health of the economy, likely reinforces economists' views that the U.S. has already entered a recession, bringing to an end a historically long, 11-year economic expansion. Analysts are already warning the jobless numbers will likely continue skyrocketing in the coming weeks as mandated social distancing policies remain in place.

"Four years of job gains have evaporated in the span of two weeks," said Daniel Zhao, senior economist at Glassdoor. "Today’s report is a one-two punch for an economy reeling from the coronavirus outbreak. As more states and localities shut down non-essential businesses to preserve public health in response to the coronavirus outbreak, initial claims are likely to continue to produce eye-popping reports." 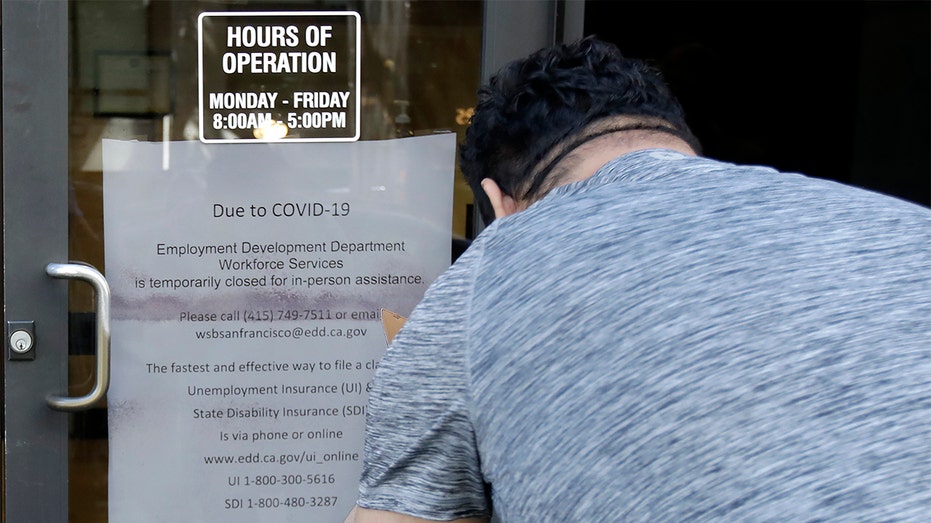 A man takes a photo of a sign advising that the Employment Development Department is closed due to coronavirus concerns, in San Francisco on March 26. (AP Photo/Jeff Chiu) (Associated Press)

Lawmakers are looking to provide relief to laid-off workers with a $2 trillion stimulus package, the largest relief bill in recent memory, that President Trump signed last week. In addition to giving adults who earn less than $99,000 annually up to $1,200 cash checks, the bill expanded unemployment benefits.