Ben Affleck and Matt Damon are teaming up to start their independent production company, Artists Equity, they announced on Sunday.

The duo has received $100 million in financing from investment firm RedBird Capital Partners for their new endeavor, which puts a large focus on giving profits from projects back to the actors and all the crew members who play such a vital role in making movies and television shows happen.

"As streamers have proliferated, they have really ended back-end participation, and so this is partly an effort to try to recapture some of that value and share it in a way that’s more equitable," Affleck said in a phone interview with The New York Times. "Not just writers and directors and stars. But also cinematographers, editors, costume designers and other crucial artists who, in my view, are very underpaid."

Affleck will serve as the company's chief executive while Damon will become chief creative officer. According to Affleck, Damon will star in and produce a number of films exclusively for Artists Equity.

There are several films on the horizon for the newly formed company. Affleck told the outlet that three projects are expected to be released next year and their goal is to release five every year.

The first film is one that was produced alongside Skydance Sports, Mandalay Pictures and Amazon Studios about Sonny Vaccaro, who convinced Michael Jordan to team up with Nike in the 1980s, which led to Air Jordans. Affleck directed the film and wrote the script along with Damon and Alex Convery. Affleck and Damon also star in the film, with Damon playing Vaccaro and Affleck playing Phil Knight, the co-founder of Nike.

Artists Equity isn't the first time the two have joined forces for a company. Affleck and Damon founded multimedia company LivePlanet with two other partners in 2000 and created the documentary series "Project Greenlight," but the company shut its doors in 2007.

Affleck and Damon both have a list of accolades in the entertainment industry in their own right and as a team. One of the pair's most famous and successful projects was the 1997 movie "Good Will Hunting," a film they both starred in and wrote together. The two got an Oscar for best writing, screenplay written directly for the screen, for the movie. Affleck won a second Oscar in 2013 for best motion picture of the year for the 2012 movie "Argo."

MATT DAMON ROASTED OVER DIVISIVE CRYPTO COMMERCIAL: ‘DOES HE NOT HAVE ENOUGH MONEY ALREADY’

Affleck has acted in a number of movies over the years, including "Dazed and Confused," "Armageddon," "Pearl Harbor," "The Town," "Gone Girl" and "Deep Water."

Damon also has starred in many movies, including "Saving Private Ryan," "The Talented Mr. Ripley," "Ocean's Eleven," "The Bourne Identity," "The Departed," "The Martian" and "The Last Duel." "

The two have also executive produced many movies and television shows both together and apart. Some of the projects they have both been producers on are "The Last Duel," "Project Greenlight" and "City on a Hill."

Even though there is always more to learn, Affleck and Damon both have a wealth of experience in a variety of roles in the industry to bring to their new production company. 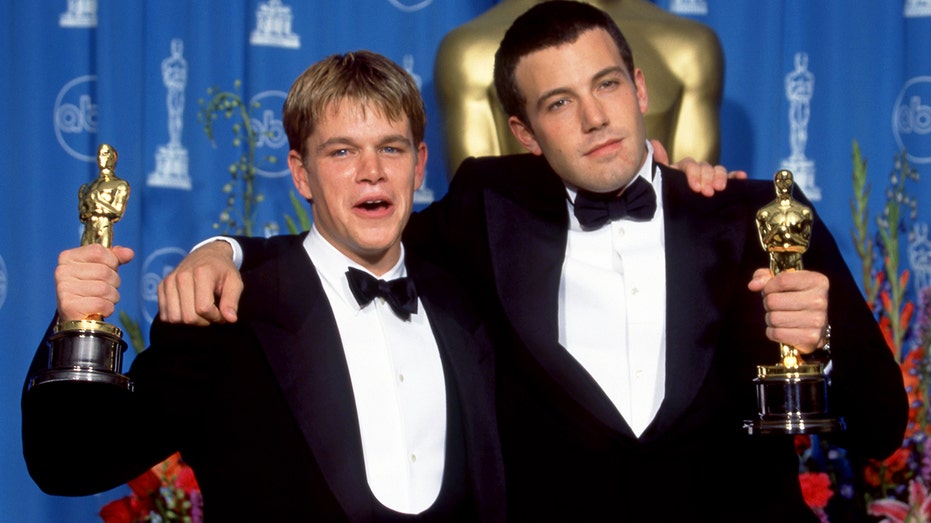 "I have already been humbled," Affleck said. "But my only regret is that I didn’t have the sense of self to try this earlier. Now I feel very ready to do it. I’m right at that period of life where you have enough experience and confidence and self-assuredness."