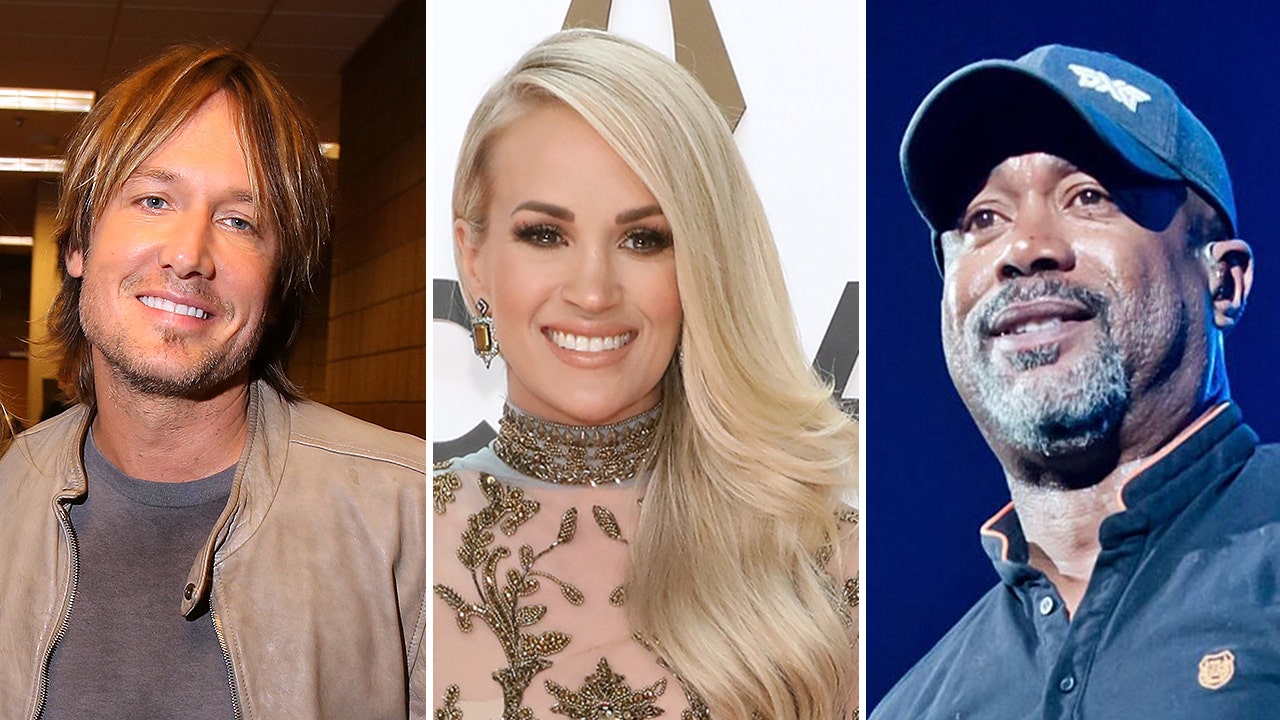 NASHVILLE, Tenn. — Country music’s biggest stars should have been on the carpet of the Academy of Country Music Awards on Sunday in Las Vegas, but like most of America, they were homebound because of the coronavirus. Still, the musicians played on, surrounded by spouses, kids and — in one case — a horse.

“ACM Presents: Our Country,” a TV special aired on CBS in lieu of the delayed awards show, featured acoustic performances, special duets, clips from previous ACM Awards telecasts and a tribute to the late country icon Kenny Rogers. The country artists, spread out from coast to coast, shared details of their home lives, their hopes for the future and their best wishes for the emergency medical workers on the front lines.

Keith Urban, the host for the awards show that now will air in September, started the special with an acoustic version of “Wasted Time” from his home studio, which he joked felt like his living room. The only thing missing was his wife and actress Nicole Kidman, who has been seen dancing in some of Urban’s social media videos lately.

“Me, Nic, our girls, we all say thank you so much to all the first responders out there, everybody in the health care field all over. We thank you so much,” said Urban. “There’s an insurmountable amount of people who are out there on the front lines who are risking so much for so many.”

Three-piece country group Lady Antebellum showed the new reality for many working-from-home parents when they were joined by their kids in their performance of “What I’m Leaving For.”

Carrie Underwood, holding a glass of red wine sitting on a couch, sang an appropriately named song called “Drinking Alone,” finishing with a “Cheers!” and a sip.

Canadian superstar Shania Twain did have a small audience for her performance of “Honey, I’m Home” and “Man, I Feel Like a Woman,” which included a sleepy dog and a curious horse, who at times blocked Twain’s face from the camera.

The casual performances were filled with little impromptu moments. Brad Paisley’s wife, actress Kimberly Williams-Paisley, played the role of camera operator as Paisley and Darius Rucker played together via video conference. Dierks Bentley’s stomps on his porch in Colorado jiggled the camera and an off-camera crow cawed at him. Thomas Rhett’s home security alarm chimed in his video.

In the midst of the pandemic, the country music community has been hit hard with the death of Rogers, who personified “The Gambler,” as well as the deaths of Grand Ole Opry stars Jan Howard, 91, and Joe Diffie, who died at the age of 61 after contracting the virus. Country folk songwriter, John Prine, has been hospitalized with coronavirus symptoms.

Paisley and Rucker started the tribute to Rogers with a performance of “Lucille” and “The Gambler,” followed by Luke Bryan who sang “Coward of the County.” Lionel Richie, who wrote one of Rogers’ biggest hits, “Lady,” delivered the night's final memory of Rogers.

HOW TO MAKE CORONAVIRUS FACE MASKS AT HOME

“Not only did we have a hit record, but I found one of the greatest friends I’ve ever had my whole life,” Richie said.

Artists debuted new songs as well, including Eric Church, who played “Never Break Heart,” and Kane Brown and John Legend, who sang together via a video phone call on their new duet, “Last Time I Say Sorry.”

“The important thing to remember is to not fear, to be brave and to endure,” Church said.

Blake Shelton and Gwen Stefani planned to play their duet, “Nobody But You,” at the ACM Awards, but instead they performed the song in front of a bonfire at their home in Oklahoma, bundled up in plaid and camouflage clothes.

Miranda Lambert was accompanied by a bubbling stream on her Tennessee farm in her performance of “Bluebird.”