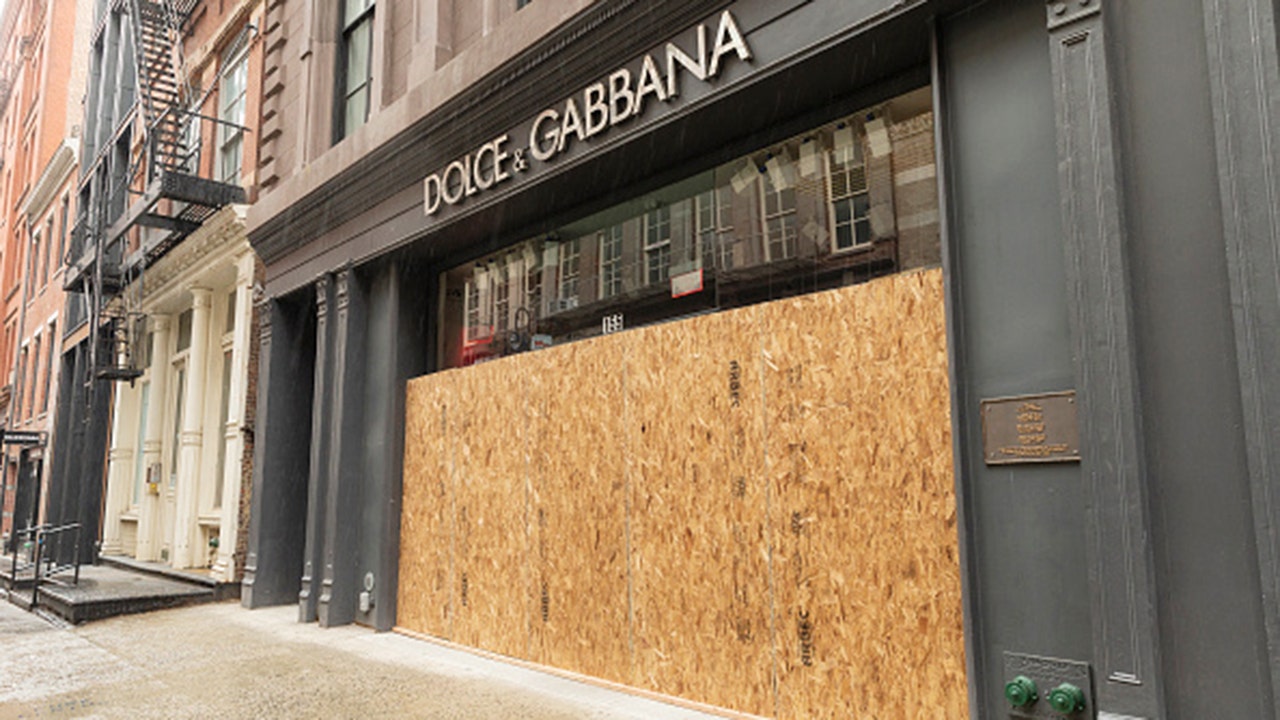 Shopkeepers are boarding up storefronts to defend against the potential for civil unrest caused by new coronavirus lockdowns and some law enforcement agencies are boosting manpower to increase police visibility and to reinforce departments whose officers are beginning to call out sick.

From the luxury brand storefronts in the Soho section of New York City to the streets of central North Carolina, businesses and officials are preparing for the worst, and hoping their fears of criots and looting do not become a reality. 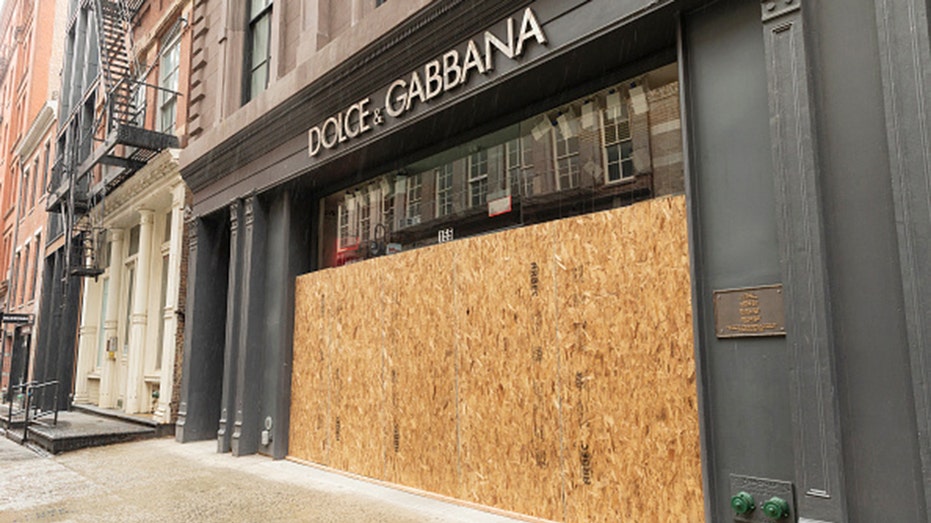 As of Wednesday afternoon, at least 203,608 COVID-19 cases had been reported nationwide, with 4,476 reported, according to data released by Johns Hopkins University and Medicine. Meanwhile, most, if not all states had issued some sort of "Shelter in place" or "Stay at home" order. 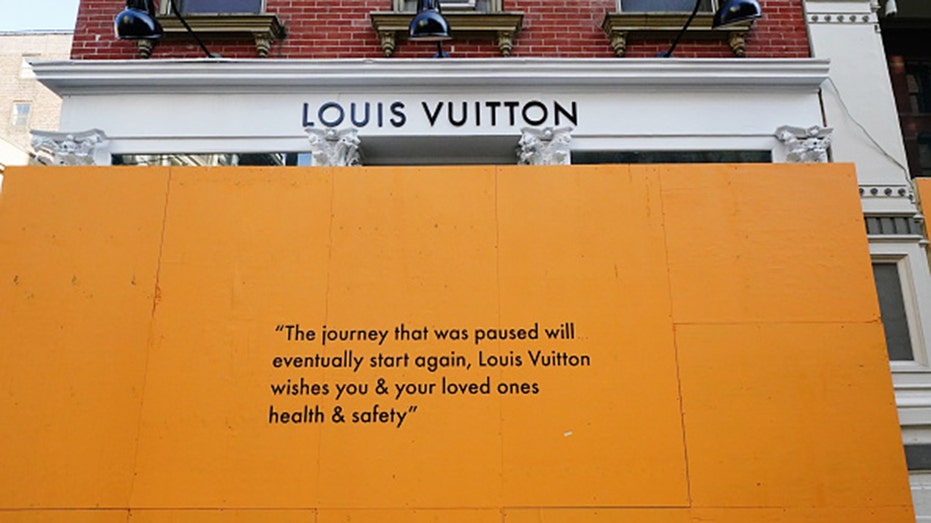 A view of a Louis Vuitton in Soho area boarded shut amid the coronavirus (COVID-19) outbreak on March 26, 2020 in New York City (Photo by John Nacion/NurPhoto via Getty Images)

Similar precautions were taken on the west coast, such as in Beverly Hills, Calif., where TMZ obtained photographs of workers boarding up the windows at a Pottery Barn.

Other local stores did the same, or instead opted to clear their shelves, while popular retailers in other parts of the United States also took great lengths to make sure their shops would be safe.

But apparent fears of civil unrest prompted businesses beyond to protect their storefronts.

Restaurants and bars in New York City’s Midtown Manhattan opted to board up their windows and doors, showing only the hopeful message: “We Will Be Back,” written on one of the dark-colored boards at the Cornerstone Tavern. 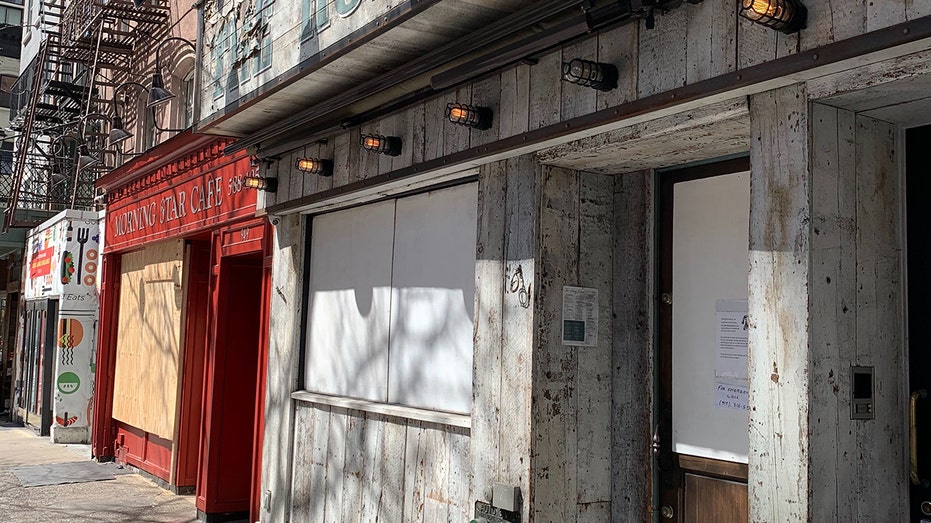 Cities and states are also preparing for potential unrest by planning to reallocate police officers to cover shifts and increase patrols.

In New York, Gov. Andrew Cuomo said the Empire State will do “whatever we have to do" in response to a growing number of city police officers who have called out sick. On Tuesday, nearly 16 percent of officers stayed home from work

“The backfill will come from state police, we’re working on that,” he said Wednesday. “Second, we could deputize police officers from upstate communities to serve in New York City if we get to that point.”

Cuomo added that the NYPD, which boasts more than 36,000 people, is large enough that he might not even need to call on outside agencies, but is prepared if necessary.

Meanwhile, law enforcement agencies from other regions have taken the preemptive steps of reallocating members to more visible job posts.

In North Carolina, Randolph County Sheriff Gregory J. Seabolt wrote in a memo on the office’s Facebook page he was reassigning his staff to be better prepared to defend against any potential civil disobedience.

“I have reallocated manpower to increase patrol efforts for the protection of our neighborhoods and businesses against potential civil unrest,” he wrote on March 25, shortly after Gov. Roy Cooper

The Los Angeles Police Department also temporarily re-assigned half of its detective staff to uniformed patrol assignments, according to March 16 press release.

“These dedicated resources will perform high visibility patrols to critical locations throughout our 21 geographic areas, ensuring the safety of the residents and any store operators that may be dealing with very large crowds.