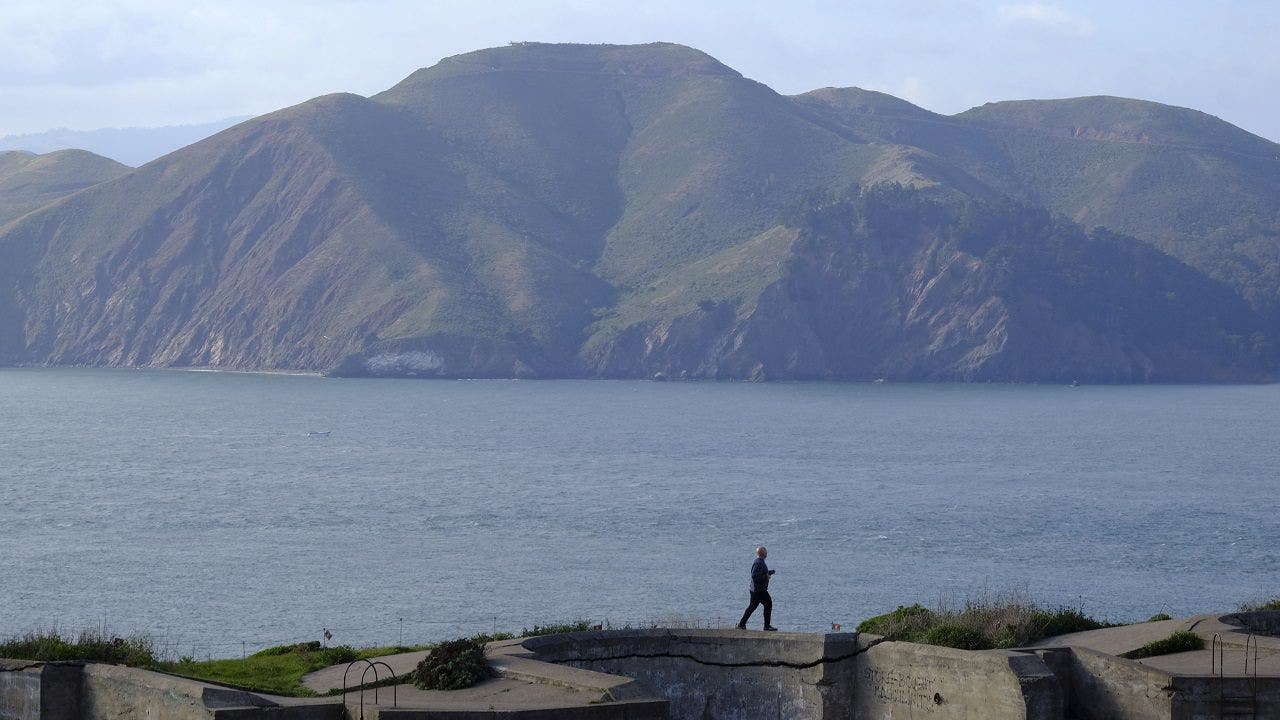 LOS ANGELES — With cases of coronavirus surging and the death toll rising, lawmakers are pleading with cooped-up Californians not to let a beautiful, sunny weekend tempt them into ignoring social distancing designed to slow the spread of the infections.

It has been more than a week since Gov. Gavin Newsom issued a stay-at-home order for 40 million residents, restricting them from all but essential outside activities such as buying food and including only outdoor exercise such as walking or running near home that doesn't put them within 6 feet (1.8 meters) of another person.

Los Angeles this weekend began a three-week shutdown of beaches, piers, beach bike paths and parking lots along with public trails, including one leading to the famous Hollywood sign. Golf courses, tennis courts and skate parks also were shuttered.

“It’s going to be sunnier and warmer, springtime weather is coming out, you might say: ‘Now it’s time for me to go outside,’" Mayor Eric Garcetti said Friday. “Don’t.”

“Stay home. It’s that simple," he said. “And I know it’s tough. But seeing our neighbors and loved ones die will be so much tougher.”

In San Diego, the most popular beaches were blocked with yellow police tape and police were patroll

ing them to discourage people from congregating there. San Diego County sheriff's deputies are stressing compliance with the state and county orders but spokesman Ricardo Lopez said scofflaws could face misdemeanor charges carrying a sentence of up to six months in jail.

On Friday, Newsom and Garcetti said the surge in COVID-19 that health officials warned about will worsen.

“We are now seeing the spike that we were anticipating,” Newsom declared while standing in front of the 1,000-bed Navy hospital ship Mercy that arrived in the Port of Los Angeles. It will take non-virus patients to free up rooms at hospitals for infection cases.

In Los Angeles County — the nation's most populous with more than 10 million residents — there were 678 new cases in the past two days for a total of nearly 1,500. Los Angeles Mayor Eric Garcetti said if the trend continues, the city's cases could double every two days. That would put Los Angeles on par with New York City's outbreak in five days.

“We will be where they are," Garcetti said. “We will have doctors making excruciating decisions. We will be trying to figure out what we do with that surge, how to get ventilators, where to find beds."

For most people, the coronavirus causes mild or moderate symptoms, such as fever and cough that clear up in two to three weeks. For some, especially older adults and people with existing health problems, it can cause more severe illness, including pneumonia and death.

Regina Olivas, 55, of Los Angeles knows the risks well. She is an operations supervisor at The Angeles Clinic, a noted cancer research and treatment center. Oncology patients can have weakened immune systems, which can make them more vulnerable to serious impacts of infection.

“I’m so inundated with it, I don’t even want to talk about when I go home," she said of virus concerns. "I live and breathe it.”

But in the wake of the outbreak, “we’re doing virtual runs," said Olivas on Friday as she ran near her Porter Ranch home. “I'm having them run out wherever they want at 7:30 a.m., wherever they can, take a picture, post it. So we’re all running, we’re just not running together.”

“Distancing is what’s going to keep us healthy,” she said.

Her four sons seemed to be taking confinement in stride.

In San Francisco, where nearly 300 people have tested positive and at least three have died, Mayor London Breed pleaded with people to stay inside. Breed asked people to walk to their neighborhood park if they need fresh air, but not drive to the beach.

“We know what happened last weekend,” she said. “Sadly, we saw a number of areas in our city that were just jam-packed."

Meanwhile, Marin County in the San Francisco Bay Area reported its first death related to the virus: a man in his 70s who had been a passenger aboard the Grand Princess cruise ship during a February voyage to Mexico. The man died Friday after being hospitalized for nearly three weeks, county health officials said.

Federal officials announced Thursday that two men who had traveled on the ship had died.

Thousands of passengers on the vessel were quarantined earlier this month after a passenger from a previous trip died and nearly two dozen passengers and crew tested positive for the virus.

The virus has taken an economic toll as well. Nationwide, more than 3.3 million people have filed for unemployment benefits. About a third of those claims are in California, where thousands of businesses have been forced to close.

On Wednesday, five of the nation's largest banks plus hundreds of credit unions and state-chartered banks agreed to defer mortgage payments for people affected by the virus. Newsom took that one step further on Friday by ordering a ban on all evictions for renters through May 31. The order takes effect for rents due on April 1. And it only applies to tenants who are not already behind on their payments.