Coronavirus could kill up to 200K Americans: Fauci 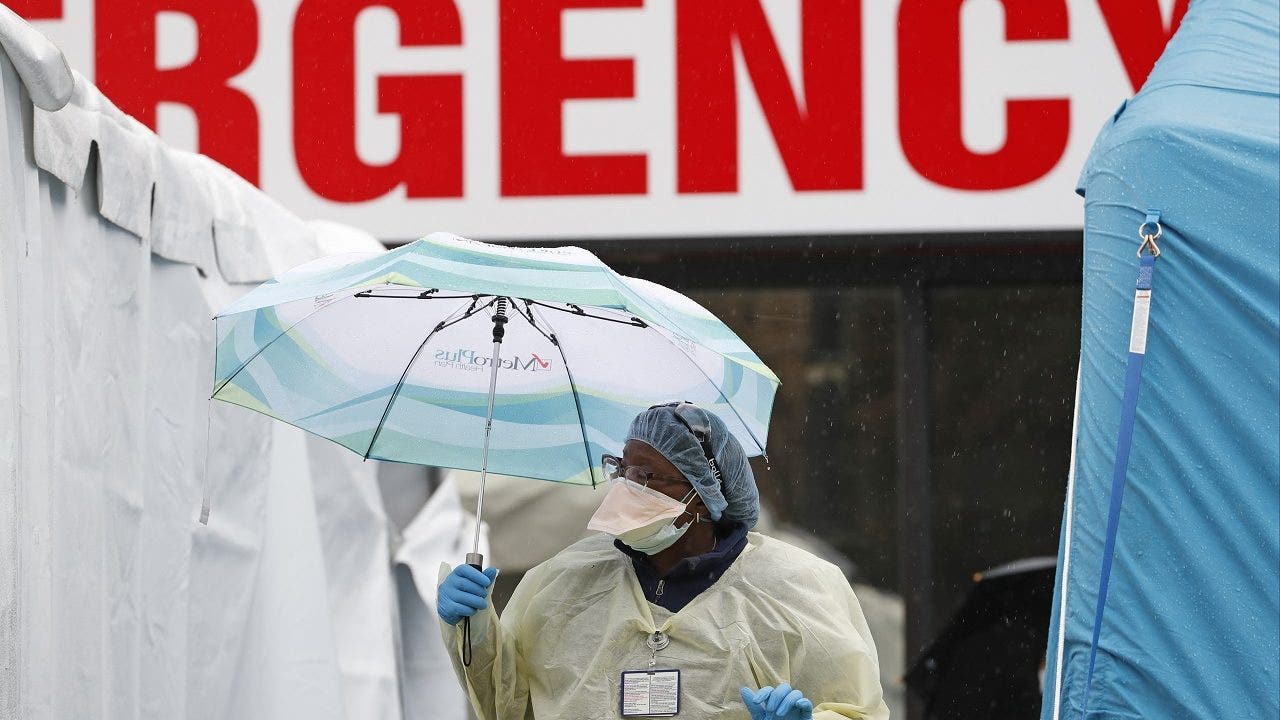 NEW YORK — The coronavirus outbreak could kill 100,000 to 200,000 Americans, the U.S. government's top infectious-disease expert warned on Sunday as smoldering hotspots in nursing homes and a growing list of stricken cities heightened the sense of dread across the country.

Dr. Anthony Fauci, director of the National Institute of Allergy and Infectious Diseases, made the dire prediction of fatalities on CNN's "State of the Union," adding that millions in the U.S. could become infected.

By midday, the U.S. had about 125,000 infections and 2,200 deaths, according to the running tally kept by Johns Hopkins University, though the true number of cases is thought to be considerably higher because of testing shortages and mild illnesses that have gone unrecognized or unreported.

Worldwide, the count topped 700,000 infections, and deaths topped 32,000. World Health Organization figures showed the daily increase in new infections was eclipsing 70,000, up from about 50,000 earlier in the week, and more than six times what it was two weeks ago. 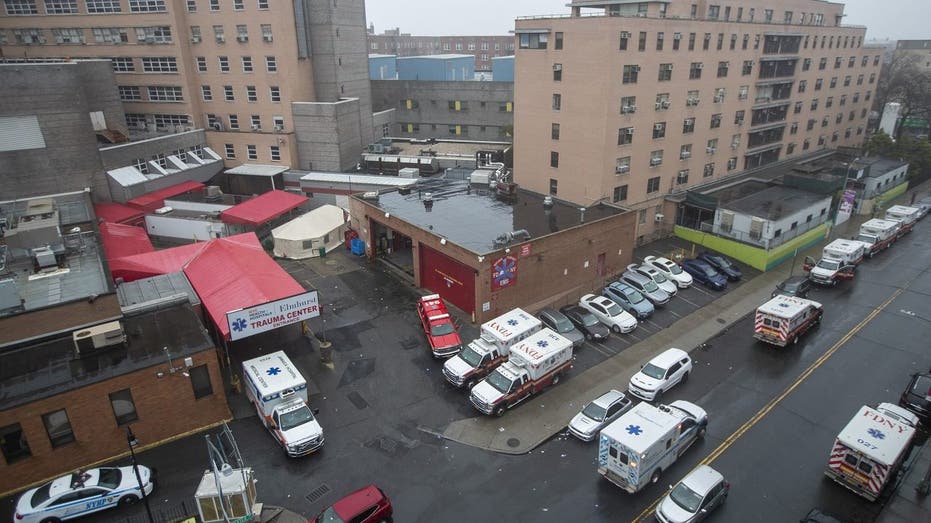 New York state — where the death toll closed in on 1,000, up by more than 200 from the day before — remained the epicenter of the U.S. outbreak, but spikes in infections were recorded around the country, not only in metropolitan areas but in Midwestern towns and Rocky Mountain ski havens.

The virus' spread was rampant at nursing homes, assisted living facilities and other places that house elderly or otherwise vulnerable people.

At one Long Island retirement community, Peconic Landing near Greenport, seven have died in the past two weeks. As has happened elsewhere, loved ones were barred to keep the virus from spreading. 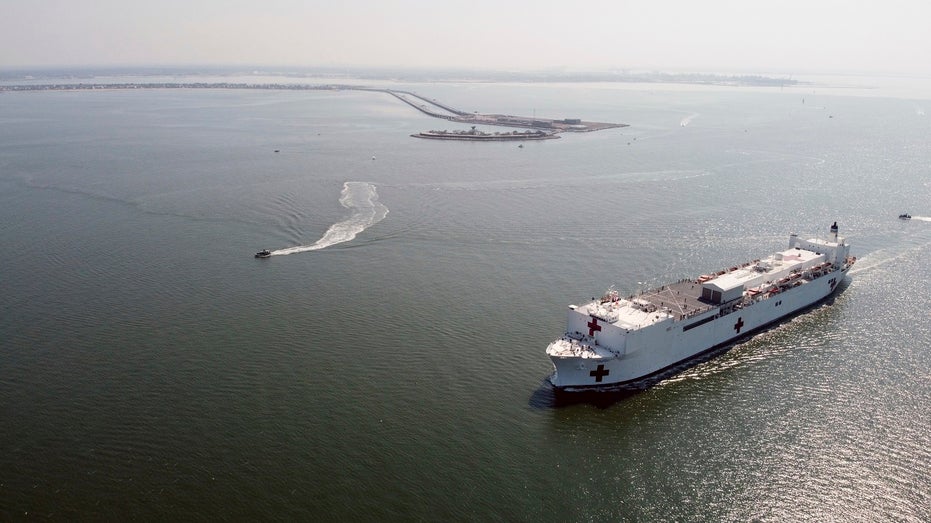 "I have a feeling that I very likely may never see my mother again," said James Preller, whose 94-year-old mother, Ann Preller, is a resident.

In New York, the virus was overwhelming some of the city's poorest neighborhoods, with data showing high rates of infection in densely packed areas with big non-English-speaking populations.

Dr. Craig Smith, who heads the surgery department at New York-Presbyterian/Columbia University Medical Center, said the hospital will probably be forced into "apocalyptic scenarios" in the coming weeks in which ventilators and intensive care unit beds will need to be rationed.

"Yesterday tried my soul," he wrote in an online posting.

Spain and Italy alone account for more than half of the world's death toll. 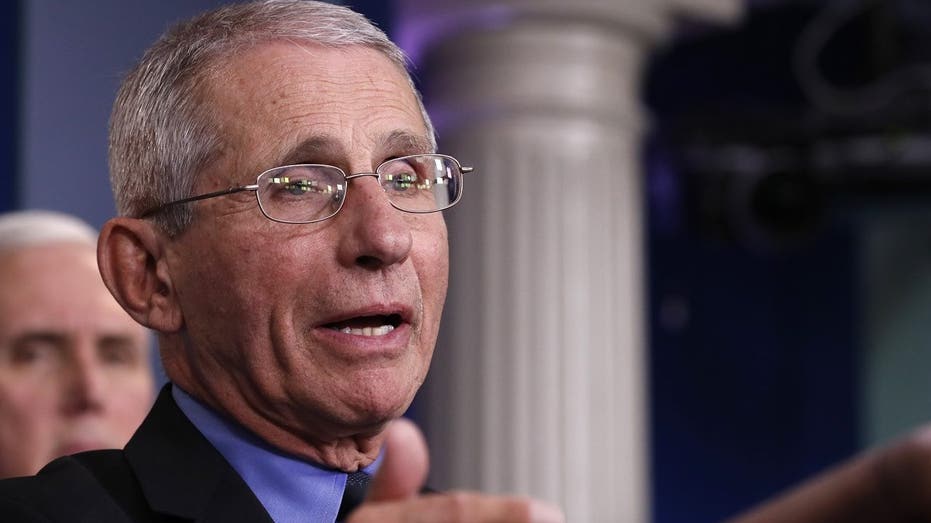 But the number of new infections showed signs of narrowing again, with officials expressing cautious optimism that the most severe shutdown in the industrialized West is showing results.

Italy's civil protection agency said more than 5,200 new cases were recorded in the last 24 hours, the lowest number in four days, for a total of almost 98,000 infections.

Spain moved to tighten its lockdown and ban all nonessential work Sunday as it hit another daily record of almost 840 dead. The country's overall official toll was more than 6,500.

Spain's health emergencies chief, Fernando Simón, said the country's infection rate fell Sunday to 9 percent, down from 18 percent three days before. But he said the number of people in intensive care units keeps rising and hospitals are at their limits in several regions.

"That is why we have to strictly apply the control measures," he said.

"It is the most difficult moment for the EU since its foundation and it has to be ready to rise to the challenge," he said.

Though the United States leads the world in reported cases, five other countries have higher death tolls: Italy, Spain, China, Iran and France.

Egypt shut its beaches as cases in the Mideast surpassed 50,000. Police in the Philippines stepped up arrests of quarantine violators, and more tourists were evacuated from Mount Everest and the Indonesian island of Bali.

Poland is considering delaying its May 10 presidential election, and Russia ordered borders to close on Monday. A prominent French politician with the virus died, France's first death of a senior official.

British Prime Minister Boris Johnson, who has the virus himself, warned: "Things will get worse before they get better."

For most people, the coronavirus causes mild or moderate symptoms, such as fever and cough that clear up in two to three weeks. But for others, especially older adults and people with existing health problems, the virus can cause more severe illness, including pneumonia, and lead to death.

More than 145,000 people have recovered, according to Johns Hopkins.

Pope Francis called for a cease-fire in all conflicts around the globe ''to focus together on the true fight of our lives.'' He also urged authorities to take special care of those in nursing homes, military barracks and jails.

President Donald Trump backtracked on a threat to quarantine New York and neighboring states amid criticism and questions about the legality of such a move. But the Centers for Disease Control and Prevention issued a travel advisory urging all residents of New York City and others in New York state, New Jersey and Connecticut to avoid all nonessential travel for 14 days.

Shocking as that is for Americans, that stopped short of the restrictions imposed in Europe or elsewhere. Parisians are fined if they try to leave the city, South Africans can't even buy liquor, and Serbians are upset over a ban on walking their dog. In Italy, burials are being held with only one family member.

Some U.S. states began to try to limit exposure from visitors from harder-hit areas. Rhode Island National Guard troops were going door to door in coastal communities to find New Yorkers. Florida is setting up checkpoints to screen visitors from Louisiana.

As others tightened controls, China eased more restrictions, following the ruling Communist Party's declaration of victory over the coronavirus. Airline flights from Hubei province at the center of the coronavirus outbreak resumed Sunday. Subway and bus service resumed Saturday in the province's hard-hit capital of Wuhan.