Coronavirus demand has online grocery services struggling to keep up 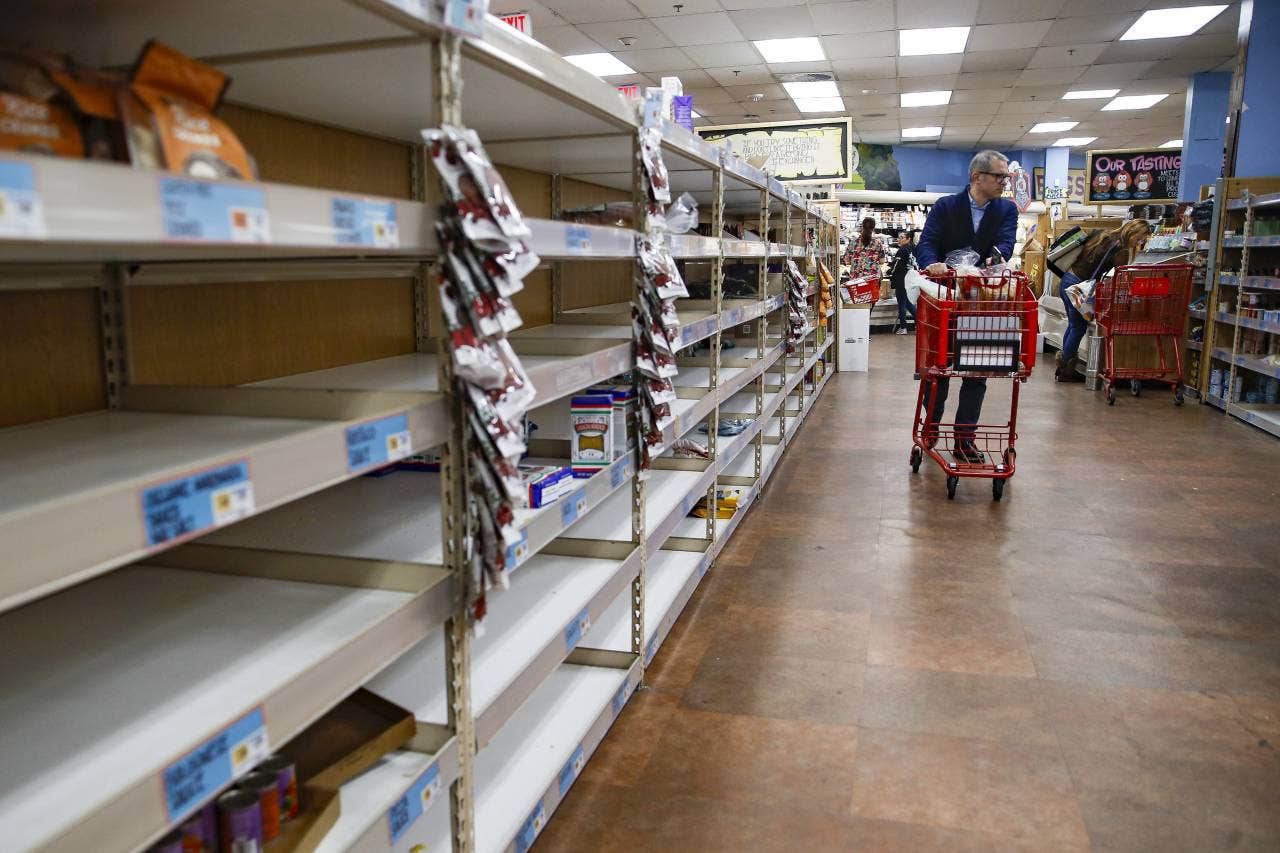 A pandemic forcing everyone to stay home could be the perfect moment for online grocery services. In practice, they’ve been struggling to keep up with a surge in orders, highlighting their limited ability to respond to an unprecedented onslaught of demand.

“It’s kind of becoming more challenging to put a meal together,” said Paul Smyth, a software engineer who lives near Manchester, England, where the online groceries industry is particularly advanced. He’s a longtime customer of British online-only supermarket Ocado but hasn’t been able to land a slot since he received his last delivery two weeks ago. 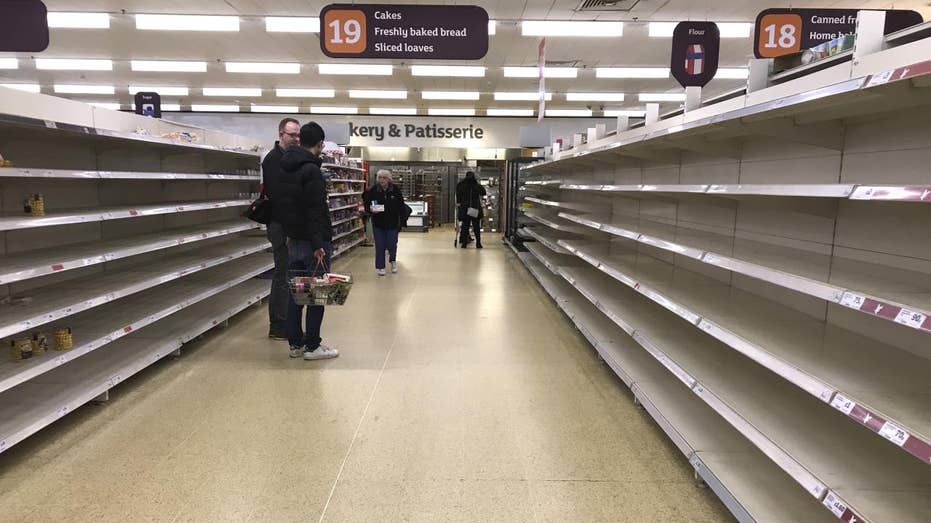 An aisle of empty shelves in a supermarket in London on March 19. (AP Photo/Kirsty Wigglesworth, File)

The problem for many delivery services is ramping up staff to pick goods in shops and deliver. But for Ocado, a cutting edge service that relies on warehouse robots, significantly increasing deliveries would mean a big investment in new machinery and warehouses too late to catch the spike in demand.

Smyth said he’s starting to run low on meat and frozen goods, but wants to avoid going to a supermarket because he worries his asthma, diabetes and high blood pressure are risk factors if he catches the new coronavirus.

“I won’t be panicking for another week, but if I’ve got to wait another two weeks for a delivery slot it’s going to be very close to the bone.”

The coronavirus crisis is giving the e-commerce industry a boost but troubles at Ocado and other online grocers highlight how hard it is for the industry to quickly scale up online delivery.

In the U.S., grocery shopping had only been slowly migrating online, making up 3 percent of the food retail market, according to a report last year by Deutsche Bank.

As the crisis hit, delivery orders surged as millions of Americans stayed home. During the week of March 2, even before some cities and states imposed “stay at home” orders, Instacart, Amazon, and Walmart grocery delivery sales all jumped by at least two-thirds from the year before, according to Earnest Research. Instacart, a platform that partners with more than 25,000 stores in North America, says orders in more recent weeks have surged 150 percent.

As a result, customers in hard-hit New York City are waiting days to schedule deliveries that usually take just hours.

In China, where the outbreak originated early this year, ubiquitous smartphone food apps helped millions get through months of strict lockdown. Even so, e-commerce giant Alibaba’s supermarket chain Freshippo reportedly recruited laid off restaurant workers for temporary staff as more customers shifted to ordering by app and average basket sizes jumped in the first half of February.

Britain’s online grocery market, one of the world’s most advanced, is estimated to account for 8.3 percent of all sales in 2020, according to market research firm Mintel. Nevertheless, Ocado and the online arms of bricks and mortar rivals like Tesco, Sainsbury’s and Walmart owned-Asda were all booked up. To be fair, they’re prioritizing slots for vulnerable customers.

Ocado has pioneered online groceries in the U.K. since 2002 with automated warehouse robots and has licensed its technology to other companies including Kroger. That experience wasn’t enough when its website melted down after traffic quadrupled.

The company battled to get systems back to normal by taking its smartphone app offline and stopping new account signups. It temporarily blocked its website, then made all visitors wait in a virtual queue, alienating long-time users.

“It just felt as if they’d completely abandoned customers,” said Smyth, 50, who waited as long as four hours online only to find there were no delivery slots. Ocado now has a new system to allocate slots but Smyth still hasn’t had any luck and is getting by with basic items from a local shop.

Every time the British government announces new measures to fight the virus, she said, “we see a further extraordinary surge of customers.”

“No matter how hard we work, we will not have enough capacity to serve the unprecedented levels of demand.” 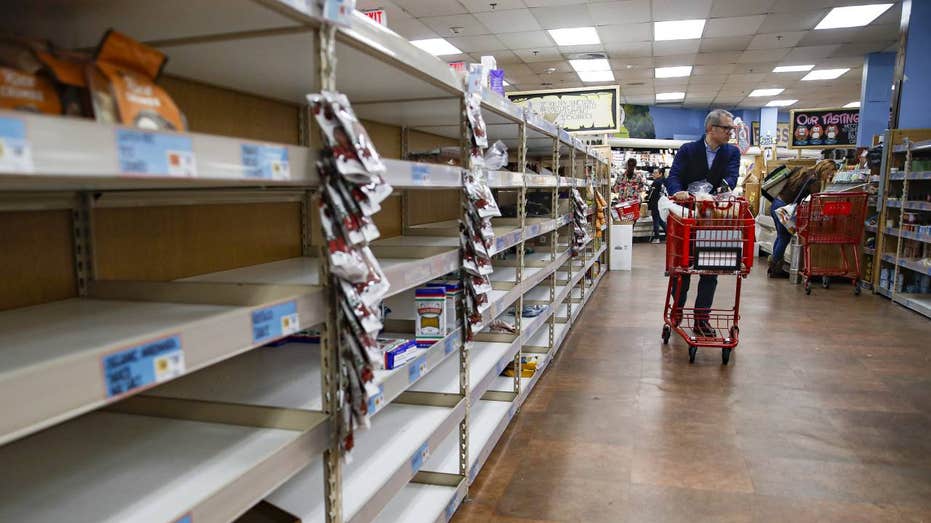 Ocado operates three warehouses where cube-shaped robots on wheels zip along vast grids, picking up crates of soda, teabags, or apples and delivering them to “picking stations.” There, humans or robot arms put together customer orders to be delivered by a fleet of vans.

The company said it handled 343,000 orders per week in the quarter ending March 1, and sales have since doubled. Analysts note the main factor influencing growth in an automated system like Ocado’s is warehouse capacity.

“There are only so many of those warehouses you can build,” said Simon Bowler, an analyst at Numis Securities. It takes up to two years for Ocado to build a warehouse, so “saying today, we’re going to build a new warehouse, it doesn’t solve the problem here and now.” A fourth warehouse was destroyed by a fire last year.

Traditional supermarkets have their own less sophisticated online operations, using people to pick items off shelves.

That is “a bit easier to flex to sudden huge increases in demand,” said Bowler – you just need to hire more people.

Companies have started doing that. British supermarket Morrison’s is hiring 2,500 extra drivers and pickers. Amazon is looking for 100,000 more staff, while Instacart plans to add 300,000 gig workers, more than doubling the number of people it has picking and delivering groceries.