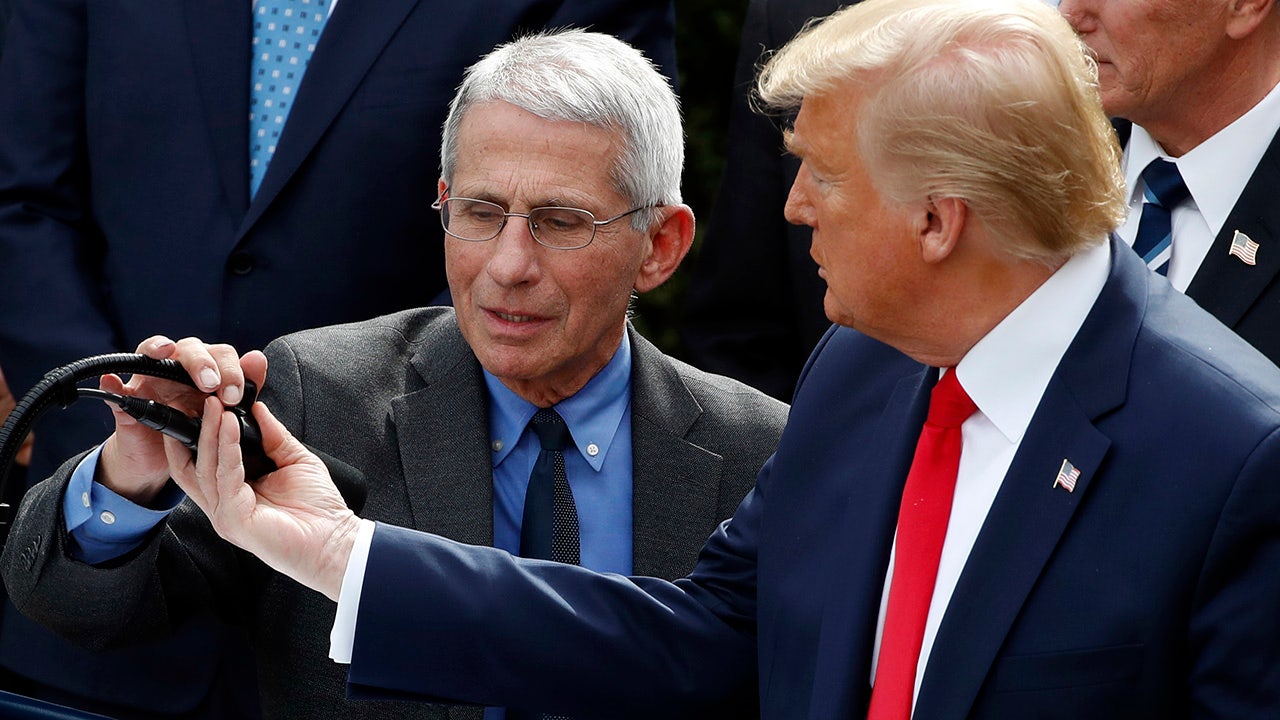 WASHINGTON (AP) — Like forecasters tracking a megastorm, White House officials are relying on statistical models to help predict the impact of the coronavirus outbreak and try to protect as many people as possible.

The public could get its first close look at the Trump administration's own projections Tuesday at the daily briefing.

High numbers of potential deaths estimated under different models have focused President Donald Trump's attention. He's dropped talk of reopening the country by Easter and instead called on Americans to stay home for another month and avoid social contact.

Such models are a standard tool of epidemiology, the branch of medicine that deals with how diseases spread and how to control them. But they're really just fancy estimates, and results vary by what factors the modelers put in. Some models updated on a daily basis may seem disconcerting to average folks searching for certainty. 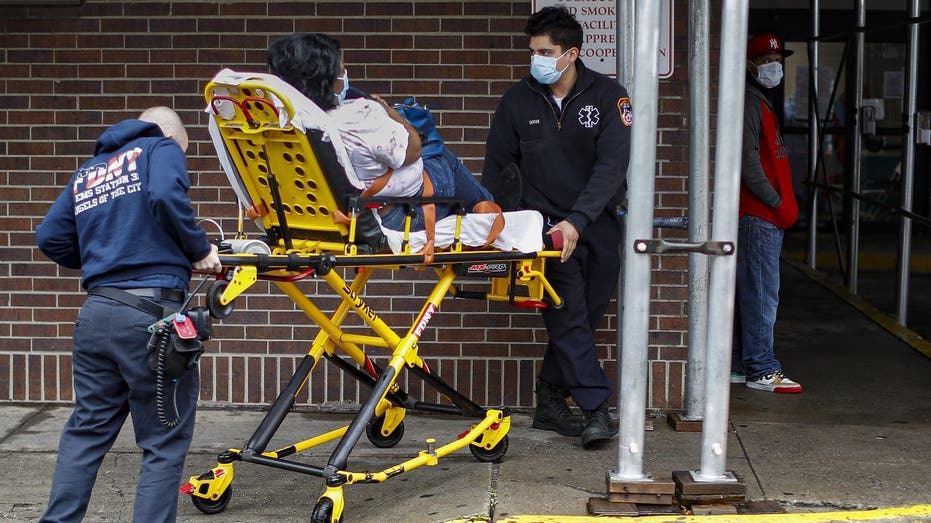 Emergency medical workers wear protective masks due to COVID-19 concerns while delivering a patient to the emergency room at Brooklyn Hospital Center Sunday in the Brooklyn borough of New York. (AP Photo/John Minchillo)

White House coronavirus task force adviser Dr. Deborah Birx and the National Institutes of Health’s Dr. Anthony Fauci have been talking about the models at press briefings. Fauci on Sunday cited one estimate of 100,000 deaths. Birx has described how officials are working to refine their own model.

On Monday, Trump signaled that the White House will explain its forecast soon. "We will meet again tomorrow for some statistics," he told reporters at the daily briefing. As soon as it's released, the White House model is certain to get a thorough vetting by independent experts.

The models can feed in numbers from around the country on deaths and other data points. They use statistical analysis to predict the outbreak's path, ferocity, and ultimate impact as measured in people sickened, hospitals overwhelmed, and lives lost. Fauci and Birx have talked about using testing data — once enough is available.

Part of the idea is to try to drill down close to the community level, providing a tailored view that can help state and local officials. For example, the age of a local population can make a difference. 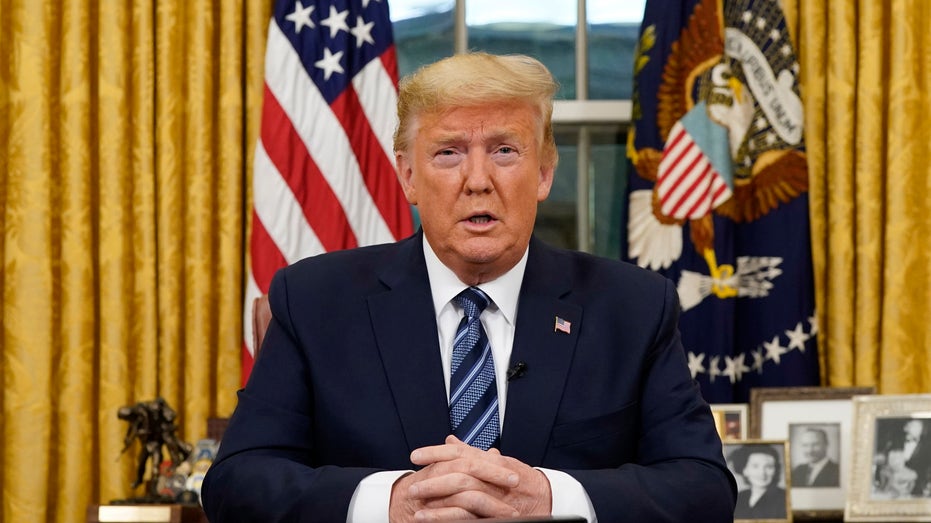 Trump speaks in an address to the nation from the Oval Office at the White House about the coronavirus March 11. (Doug Mills/The New York Times via AP, Pool)

A senior administration official said other streams of data being analyzed include local hospital capacity, the ability of health departments to trace the contacts of people who test positive, the types of businesses in a community and whether they could ensure worker safety if they re-open, and economic modeling under varying scenarios. The official provided details on the condition of anonymity to discuss ongoing planning.

Birx said the White House task force has looked at about a dozen models designed by other experts.

"And then we went back to the drawing board over the last week or two, and worked from the ground up, utilizing actual reporting of cases," she explained.

CORONAVIRUS STIMULUS CASH: DON’T WAIT FOR YOUR CHECK IN THE MAIL

Birx singled out projections by the Institute for Health Metrics and Evaluation at the University of Washington in Seattle, suggesting that model is close to how government experts see the situation.

That IHME forecast predicts more than 82,000 total U.S. deaths through early August, with the highest number of daily deaths occurring April 15. That would be three days after Easter. 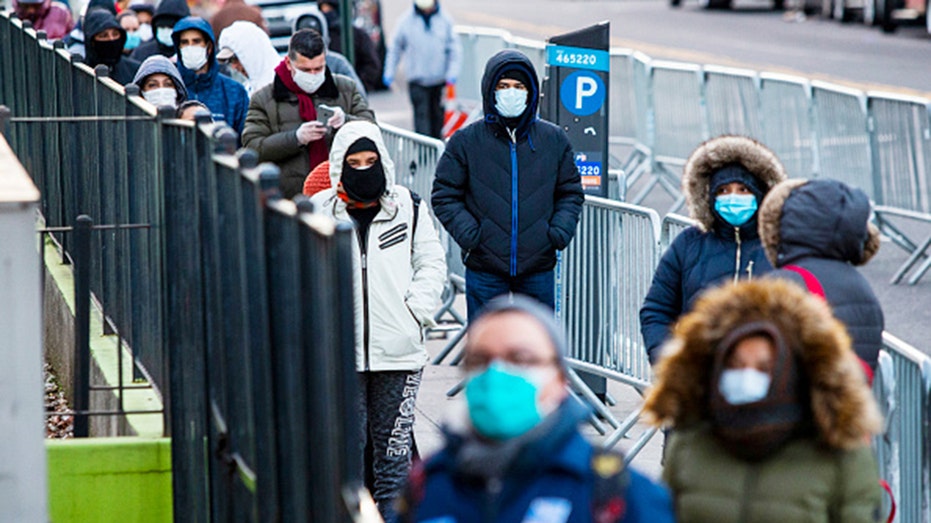 People line up to get a test at Elmhurst Hospital due to coronavirus outbreak on March 24 in Queens, New York. (Photo by Eduardo Munoz Alvarez/Getty Images)

That particular model generated attention because it offered the first state-by-state outlook for the next several months, based on how the outbreak is reacting to the various containment efforts put in place at different times around the country. It’s what’s called a “planning model” that can help local authorities and hospitals plan for such things as how many ICU beds they’ll need from week to week.

“Nobody has a crystal ball,” said Dr. Christopher Murray of the University of Washington, who developed the model. It is updated daily as new data arrives. While it is aimed at professionals, Murray hopes the model also helps the general public understand that the social distancing that’s in place “is a long process.”

Just like a massive evacuation can save lives in a Category 4 hurricane, social distancing and shuttered workplaces can slow the rate at which the virus spreads, in hopes that severe illness and deaths may not hit a particular locality all at once. Overwhelmed hospitals unable to care for patients could make things worse.

Fauci says models are useful, but they represent well-informed guesswork. They involve a wide span of possible results, from a best-case scenario to calamitous impacts. Usually the mid-range estimate gets cited. But sometimes, it’s worst-case projection.

“What I like to do — as a scientist, a physician, a public health official — is to not ignore models,” said Fauci. But to “look at the data as it’s evolving and do everything you possibly can to mitigate that instead of getting overly anxious about the extremes of the model.”