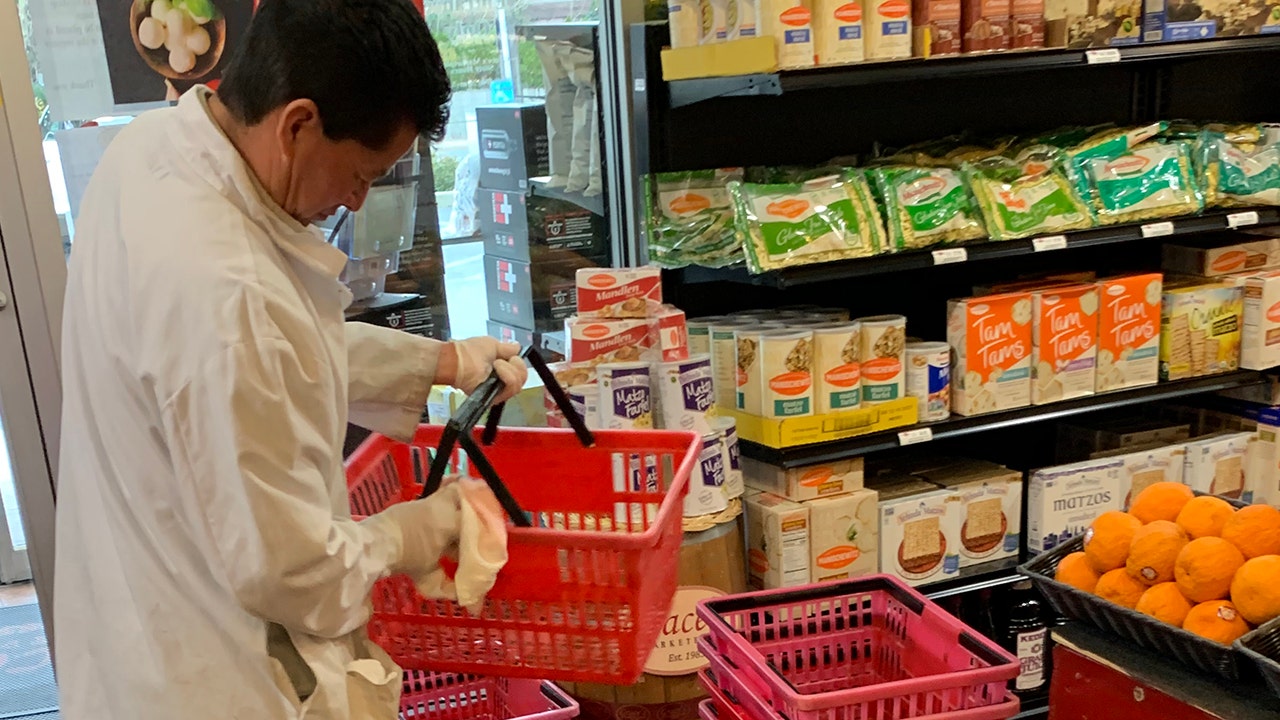 With month-long delivery delays from e-commerce giants like Amazon, more eaters are relying on food from upscale grocery stores.

Customers are shelling out thousands of dollars an order for curbside pick-up and delivery on food items like $20 bottles of olive oil, steaks, seafood and wine at specialty food markets. 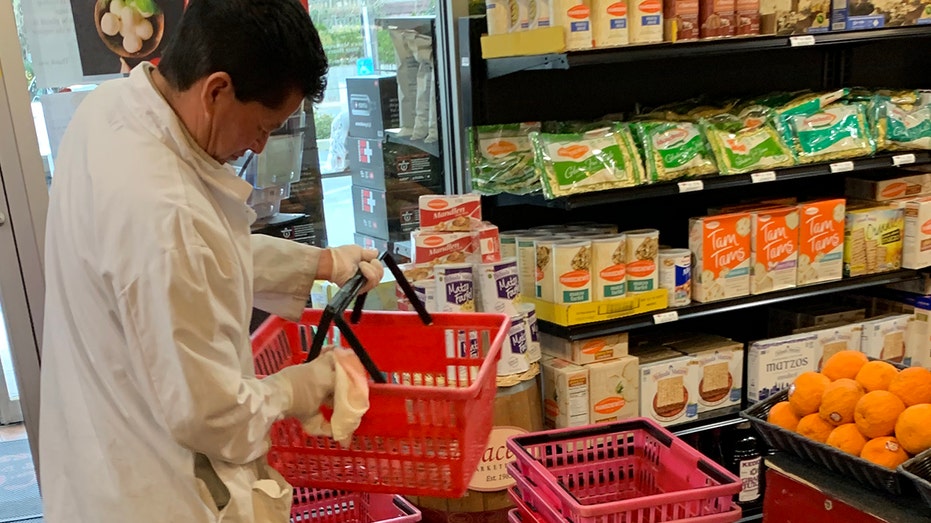 New York-based Grace’s Marketplace, a 35-year-old family-owned specialty food store with locations in Manhattan’s Upper East Side and on Long Island, had a sales increase of more than 50 percent during the past week.

“I had to put signs on freezer doors saying ‘two bags per customer.' I couldn’t give you a frozen bag of blueberries if my life depended on it,” Dino Doria, an owner of Grace’s Marketplace on Long Island, told Fox Business. 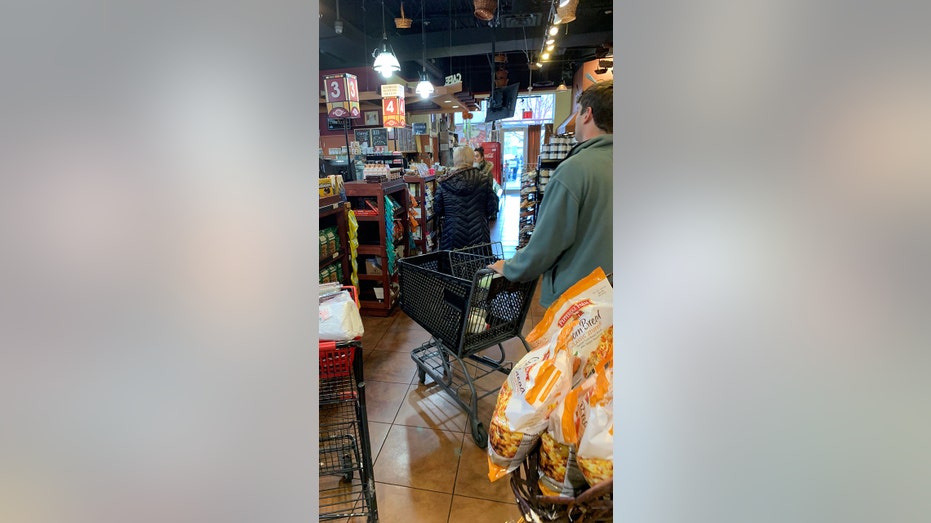 Doria says the average order has gone up $50 for curbside pickups, delivery and online. One customer with deep pockets dropped as much as $12,000 on produce, canned items like beans and soup, coffee and other prepared food items this week, Doria said, adding that shoppers retreating to the Hamptons to wait out the virus have also been spending thousands on delivery. 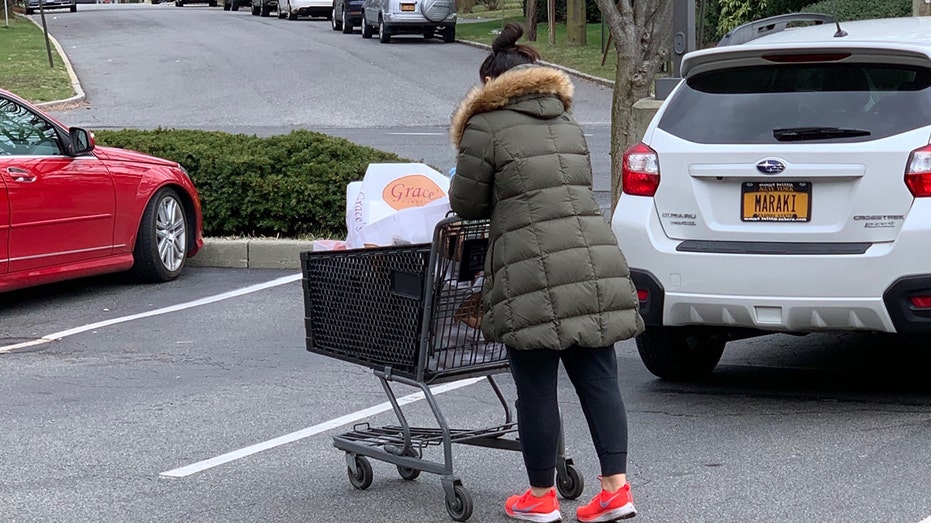 New York-based Grace’s Marketplace, with locations in Manhattan’s Upper East Side and on Long Island, has seen sales increase by more than 50 percent for its curbside pick-up and delivery orders. (Courtesy of Dino Doria).

“When people are panicked, they don’t even look at the prices,” Doria said.

A number of neighborhood specialty stores and restaurants have had an influx of new business as online food delivery from major grocery store chains becomes increasingly unavailable. Earlier this month, Amazon announced it was starting to prioritize essential items in its warehouses as it struggles to keep up with demand and Amazon Prime, the company’s delivery service that typically takes two days in the United States can now take as long as a month for some items. As a result, smaller food retailers are seeing a surge in orders compared to last year around the same time.

Mercato, the grocery store at the Italian food market Eataly, saw a 10 percent increase in its first-time customers ordering online via same-day grocery delivery and pickup service Instacart at its locations in New York City, Chicago, Boston and Los Angeles. The restaurants inside Eataly remain closed, but the demand for food orders has allowed the business to keep on its staff for customer service roles helping out with taking and fulfilling orders.

“Due to the new demand on this new platform, Eataly has been able to train and utilize team members from our restaurants to assist in the assembly of these orders,” a spokesperson for Eataly said adding that customers are mainly shopping for locally sourced chicken, beef and specialties like Italian cheese varieties like Parmigiano Reggiano.

CORONAVIRUS DRIVES WEALTHY TO THE HAMPTONS

Well-heeled shoppers in the Hamptons have also been dropping thousands of dollars at upscale grocers like Citarella. Business was up 500 percent last Friday at Wainscott Main Wine & Spirits near East Hampton where customers spend between $400 and $2,000 at a time, the New York Post reported.

Other food businesses plagued by restaurant closures are pivoting to takeout entirely to maintain business. Plant-based eatery Beyond Sushi, which has multiple locations, created a stay at home menu allowing families and individuals to stock up on pre-made quarantine meals. Niche items include smoked kale ravioli, Impossible meatloaf and vegan burgers that can last for a full week.

"Many still want to eat foods that make them feel good," Beyond Sushi owner Guy Vaknin said, adding that he's stopped using a third-party delivery service and is keeping the business in-house.

"We've used GrubHub in the past, but decided to take our delivery process in-house to ensure everyone's safety, which always comes first."