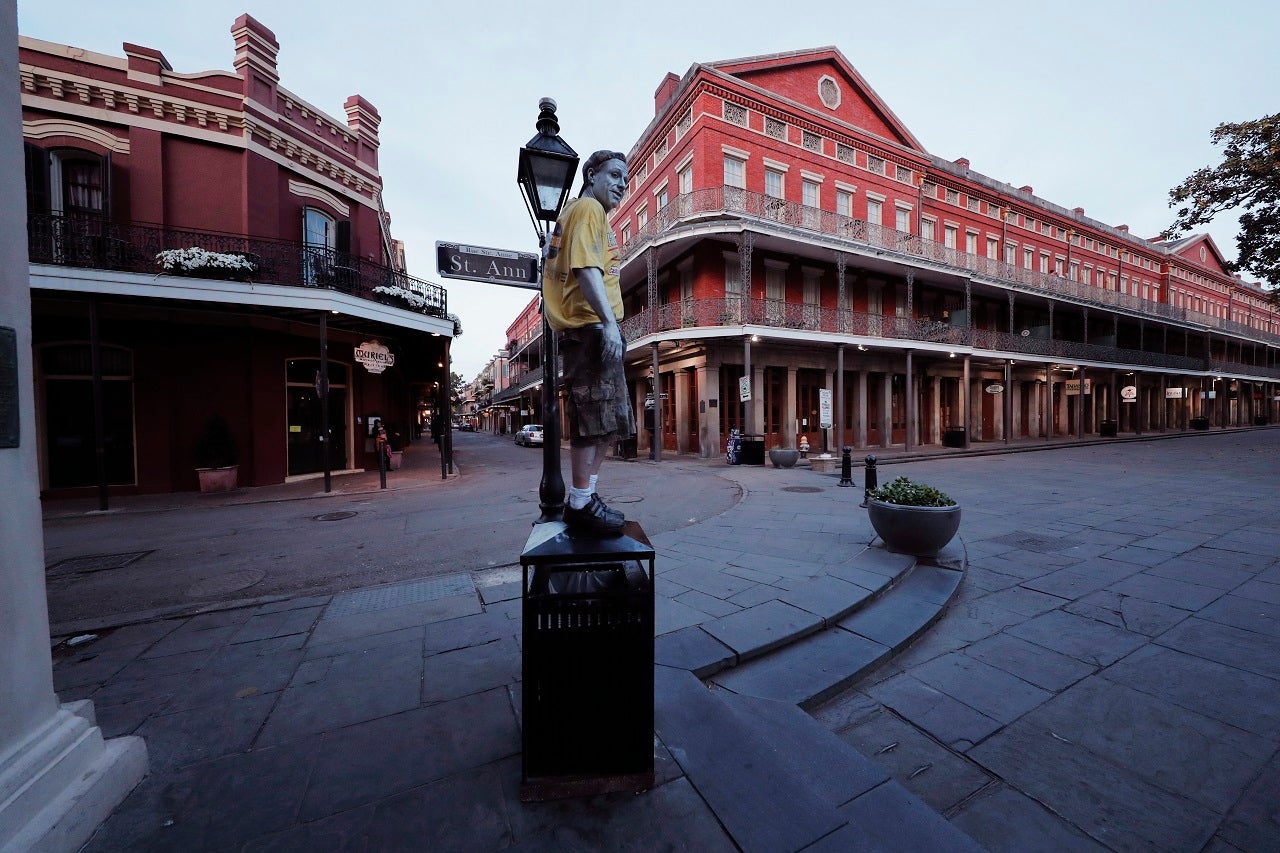 SAVANNAH, Ga. (AP) — It started with an infected person from out of town who attended a funeral. Now the largest hospital in Georgia's mostly rural, southwest corner is rapidly running out of space amid the highest rate of coronavirus infection in the entire state.

At Phoebe Putney Memorial Hospital in Albany, Georgia, intensive care beds are filled with COVID-19 patients, employees are hand-sewing masks to help stretch dwindling supplies and every day is a struggle.

The rampant infections in New York City have dominated much of the national conversation about the disease. But far from the coasts, smaller communities are also preparing for things to get worse, and in places such as Albany, it's already happening.

"I can't tell you how it's going to be Friday, much less in the week after," said Scott Steiner, CEO of the four-hospital health system that includes Phoebe Putney Memorial. 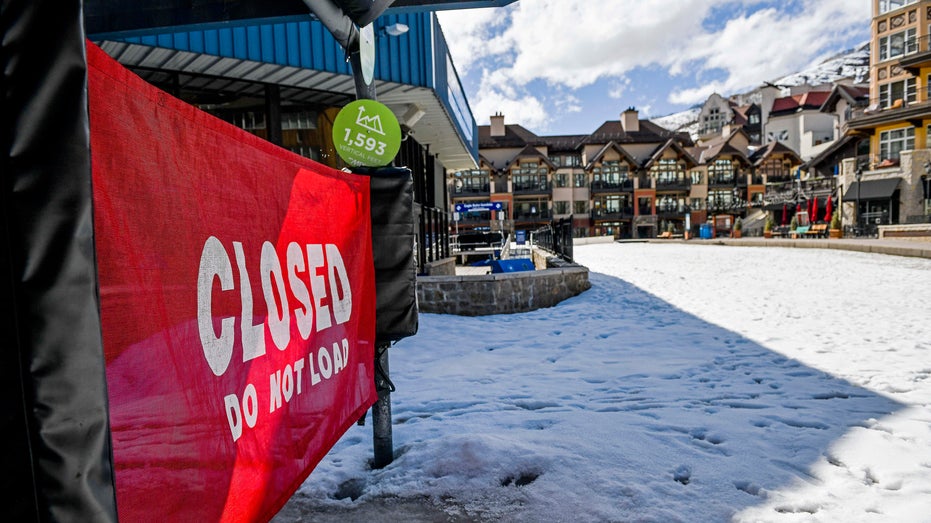 In this Tuesday, March 24, 2020, photo a sign hangs on a closed ski lift in Vail, Colo., after Vail Ski Resort closed for the season amid the COVID-19 pandemic. (AP Photo/Michael Ciaglo)

The situation in Georgia reflects a reality on the ground that is at odds with President Donald Trump's repeated vow to have the the American economy up and running by Easter. Albany is already out of intensive-care beds. Louisiana authorities estimate that New Orleans could be inundated by the end of next week. The Wisconsin governor projects 1,000 deaths before Easter.
Roughly 90,000 people live in Albany and surrounding Dougherty County. The virus' impact has been outsized compared with the community's population. Infections countywide have surpassed 100, including seven deaths, making it Georgia's hardest-hit county outside metro Atlanta.

And there's no sign of the crisis peaking soon. On Wednesday, the hospital was still waiting on 900 test results.

For most people, the virus causes mild or moderate symptoms, such as fever and cough that clear up in two to three weeks. For some, especially older adults and people with existing health problems, it can cause more severe illness, including pneumonia, and death.

Smaller communities often compete against larger cities or states when it comes to buying the gowns, face shields or masks that are crucial to safeguarding hospital staff. In Louisiana, Gov. John Bel Edwards has repeatedly sounded the alarm about how his state has the third-highest rate of confirmed virus cases per capita while also noting the difficulty of getting supplies.

"I hope we can get to a different place nationally soon as to how (personal protective equipment) and ventilators are being managed because quite frankly, Louisiana cannot compete with New York and its purchasing power," the governor said recently, noting that even New York isn't getting what it needs. This Tuesday, March 24, 2020 photo shows people walking through empty streets at the base of Vail Ski Resort after the resort closed for the season amid the COVID-19 pandemic, in Vail, Colo. (AP Photo/Michael Ciaglo)

In New Orleans,  doctors and hospital officials are seeing an increased number of patients needing intensive care and working to avoid the possible overwhelming of their systems. Louisiana officials are considering housing patients in hotels and a convention center in New Orleans.

Executives with Ochsner Health system, which has facilities across much of south Louisiana, said they have urged staff to conserve personal protective equipment — in some cases safely reusing masks and patients' gowns — to avoid falling short as needs rise.

Staff members — including nurses and medical assistants — are being redeployed from outpatient clinics to help at hospitals, and doctors are having to learn to work outside their usual skill set. Surgeons and anesthesiologists are pressed into service in intensive-care units, guided by ICU doctors.

In Rooks County in northwest Kansas, home to about 5,000 people, five doctors gathered Wednesday at the county's hospital in Plainville to refresh their training on using the five ventilators available to them. Dr. Beth Oller, who has a family practice in Stockton, said she's been collecting videos from medical personnel around the country to assist with the refresher course.

The county has yet to see a confirmed coronavirus case, but that may be just a matter of time. Oller's practice, Post Rock Family Medicine, has submitted more than two dozen tests to a private lab. Oller is worried that the hospital will not have enough personnel to do the intensive monitoring ICU patients require, with one nurse for every one or two patients. 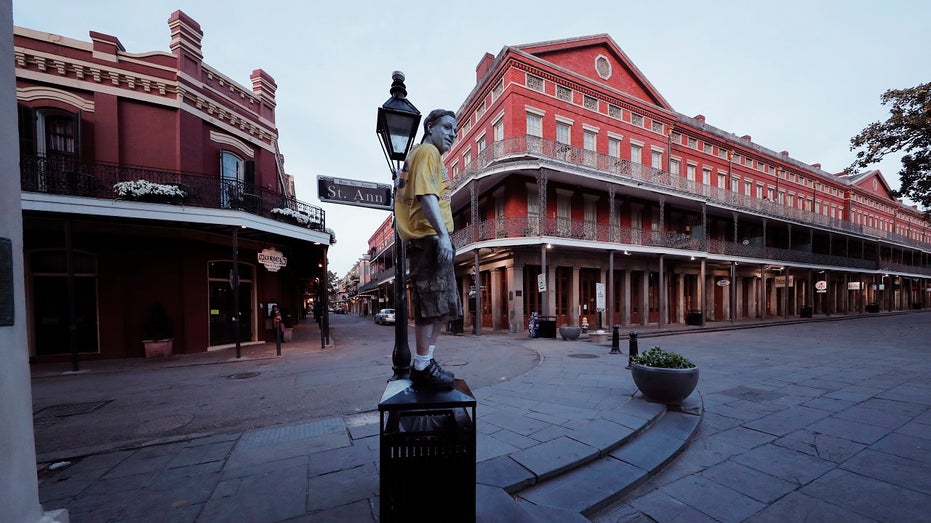 Oller said Trump's suggestions that restrictions on people's movements and public gatherings could be loosened by Easter is "ridiculous." That would make all the social isolating done so far "count for nothing," she said.

"We don't have enough resources now to deal with a first wave. If we have a bad second wave, there's just no way we can confront that," she said.

North Carolina's largest county, Mecklenburg, had 170 coronavirus cases as of Wednesday morning, and officials ordered all residents to shelter in place for three weeks after hospitals warned that the county had just hours to prevent the virus from overwhelming critical services. The stay-at-home order takes effect Thursday.

"We've done hurricanes and we've done tornadoes, and we are even prepared for all those kinds of physical things. But to be able to cope with something that's unknown, that's transmitted from within each other, it's just very, very hard," Charlotte Mayor Vi Lyles said Wednesday during an online news conference.

Eagle County, Colorado, home to Vail and other ski resorts, has been especially hard hit. Many of the state's first cases originated in the Rocky Mountain county of 54,000, with community spread involving thousands of visitors and locals. Eagle has more than 96 cases, trailing only the Denver and Colorado Springs metropolitan areas. The pandemic could easily overwhelm medical staff and a lone county hospital with 56 beds.

Will Cook, president and CEO of Vail Health, says Eagle County has run the most tests per capita in Colorado, and it's not enough. He published a letter last week saying the real number is more likely hundreds, if not thousands.

Without social distancing, "we will not have enough respirators to keep people alive, and locals of all ages will be dying," Cook said.

In Albany, the hospital hopes for some relief in a second medical complex the system owns across town. They've also asked other hospitals to take some of its patients — with mixed results.

"We try to transfer out patients in critical care that have nothing to do with COVID-19. And they say no, because it's the unknown that people fear," he said.