Domino’s is electrifying deliveries with hundreds of Chevrolet Bolts 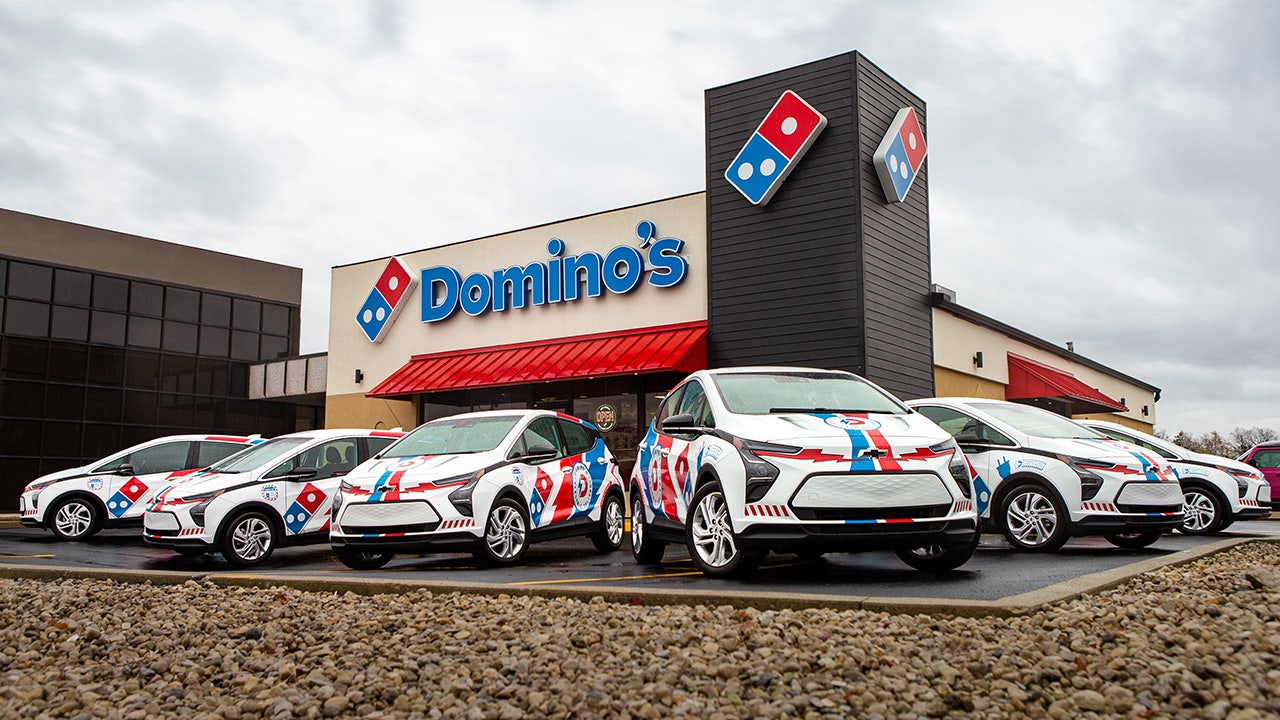 Not in the kitchen, but on the road.

The pizza chain has ordered 855 Chevrolet Bolt EVs to be used as delivery vehicles. 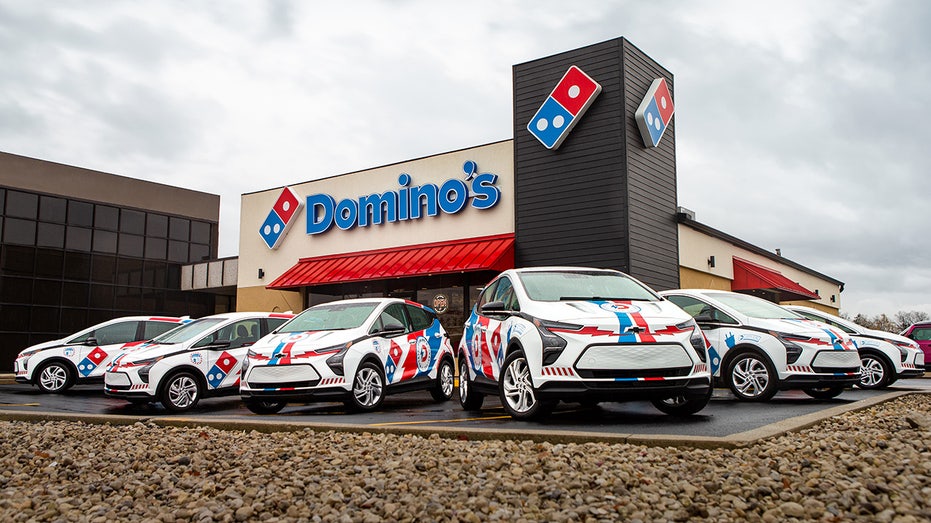 "We've made a commitment to net-zero carbon emissions by 2050, and this is one way we can begin reducing our environmental impact, one delivery at a time."

The cars will be distributed to corporate-owned and franchised stores among its network of over 6,000 outlets. 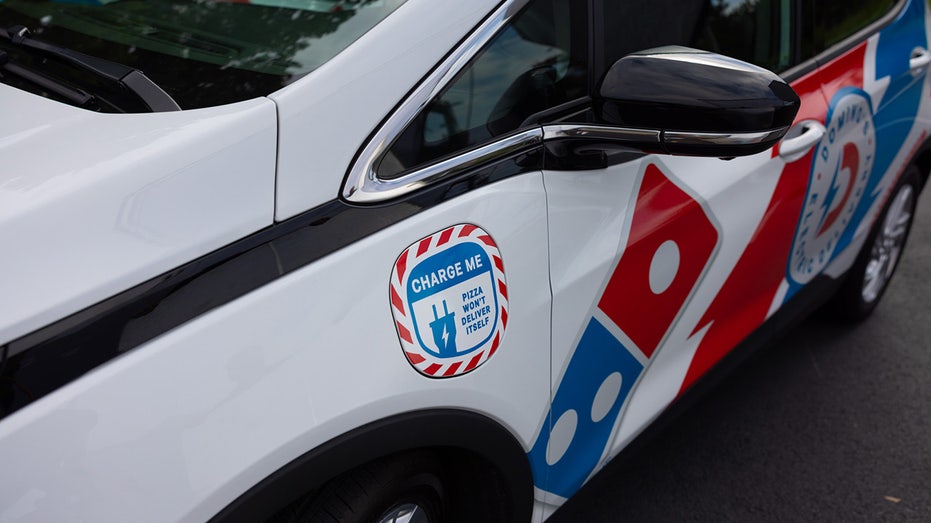 The cars will be used at some corporate-owned and franchised locations. (Domino’s / Fox News)

The total investment was not announced, but the standard 2023 Bolt EV retails at a starting price of $26,595 before state and federal electric vehicle purchase tax incentives are applied.

The four-door subcompact has a range of 259 miles per charge, which is more than enough for the daily cycle at many stores. 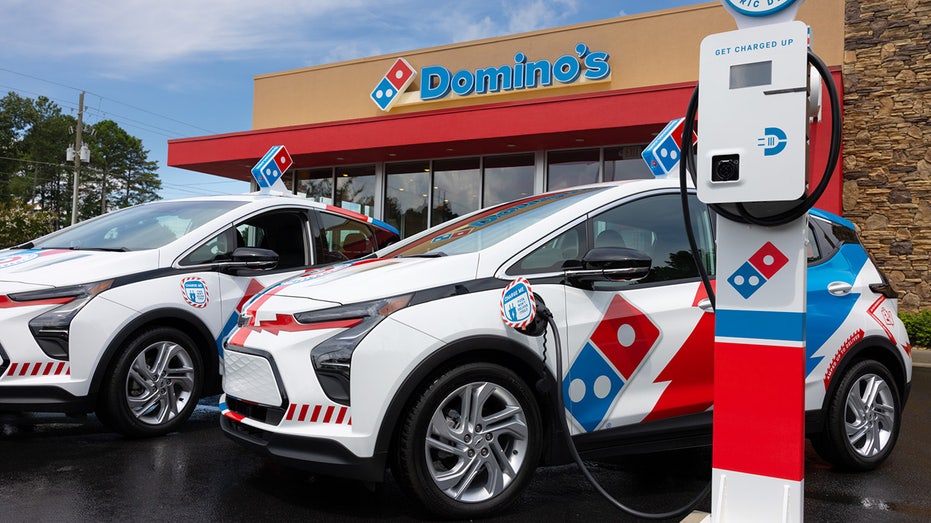 Over 100 Bolts are already in operation, and Domino's has launched an online tracker showing how many are in each state.

The pizza chain is also giving away two Bolts through a contest that runs from Nov. 21, 2022 to Feb. 12, 2023, with every online order including an entry to win. 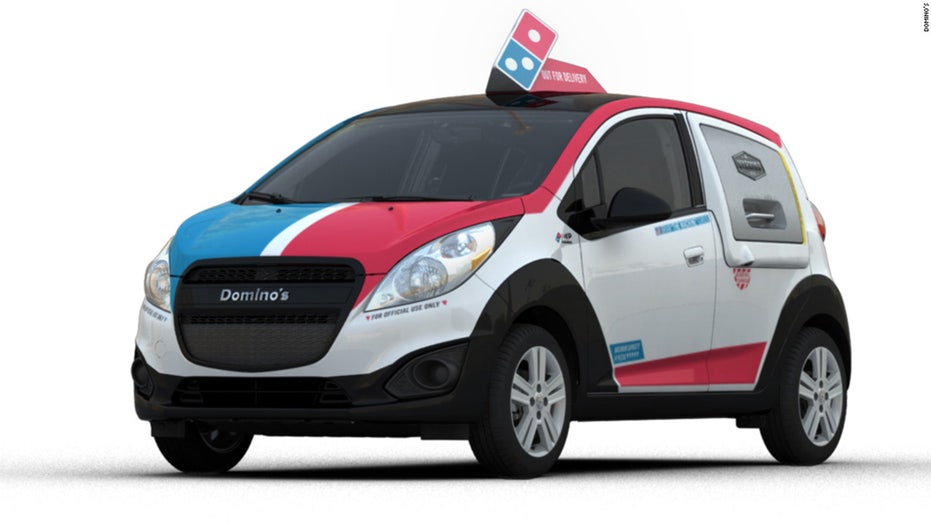 The Domino’s DXP is a Chevrolet Spark equipped with a warming oven. (Domino’s / Fox News)

This is not the first time that Domino's and Chevrolet have teamed up on a novel delivery vehicle. 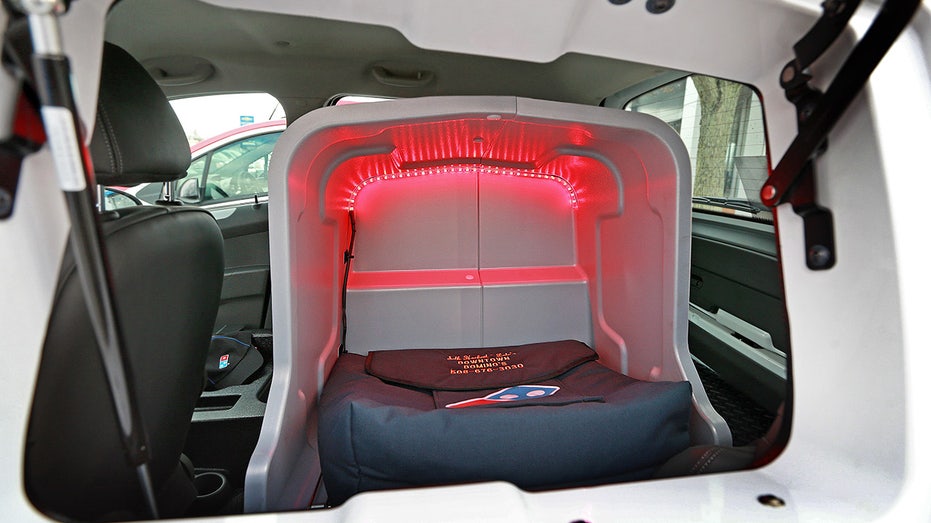 The oven is accessed through a hatch in the side of the vehicle. (Jim Davis/The Boston Globe via Getty Images / Getty Images)

In 2015 they created the Dominos DXP, which was a Chevrolet Spark subcompact equipped with a warming oven.

A fleet of 154 were built, and it is still featured in some Domino's advertising.