The U.S. Geological Survey reports the magnitude 6.5 temblor struck just before 6 p.m. It was centered 73 miles (118 kilometers) northeast of Meridian, near the rural mountain town of Stanley. There were no immediate reports of damage or injuries.

More than 2 million live in the region that could feel the Idaho quake, according to the USGS, with reports of shaking coming in from as far away as Helena, Montana, and Salt Lake City, Utah.

Marcus Smith, an emergency room health unit coordinator at St. Luke's Wood River Medical Center, said the hospital, about 65 miles (104 kilometers) south of the epicenter, shook but the quake didn't interfere with the treatment of any patients. The hospital in Blaine County is on the front line of Idaho's coronavirus outbreak, in a region with the nation's highest per-capita rates of known COVID-19 cases outside of New York City and its surrounding counties. 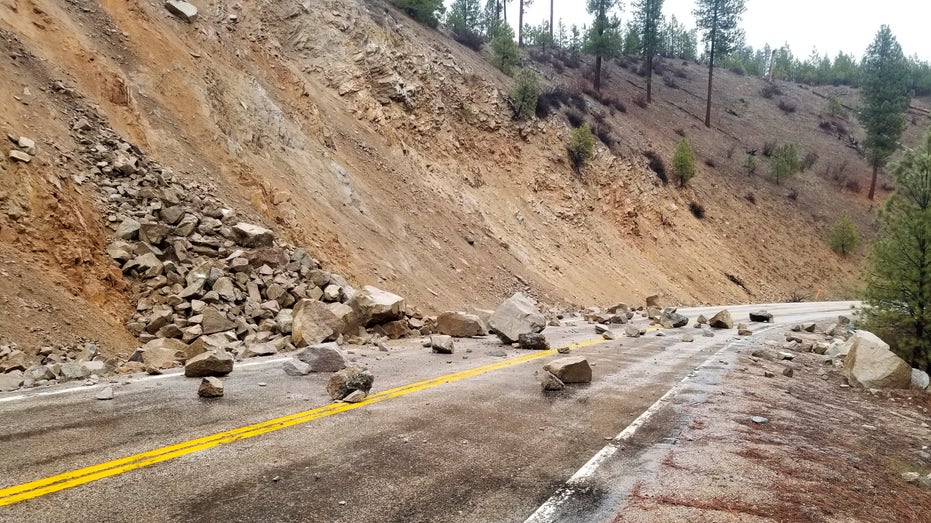 This photo provided by Tyler Beyer shows a rockslide on Highway 21 near Lowman, Idaho, after a magnitude 6.5 earthquake struck Tuesday, March 31, 2020. The earthquake struck north of Boise, Idaho, Tuesday evening, with people across a large area repo

The earthquake added stress during an already tense time for the region, but Smith said everything seemed fine, for now. “Until the next one, I guess,” Smith said. “I mean, that’s what we do. We’re all good.”

Brett Woolley, the owner of Bridge Street Grill in Stanley, said he heard the earthquake coming before he felt it.

“I heard the roar, and at first it sounded like the wind but then the roar was tremendous,” Woolley said about 10 minutes after the earthquake. “The whole house was rattling, and I started to panic. I'm sitting here perfectly still and the water next to me is still vibrating.” 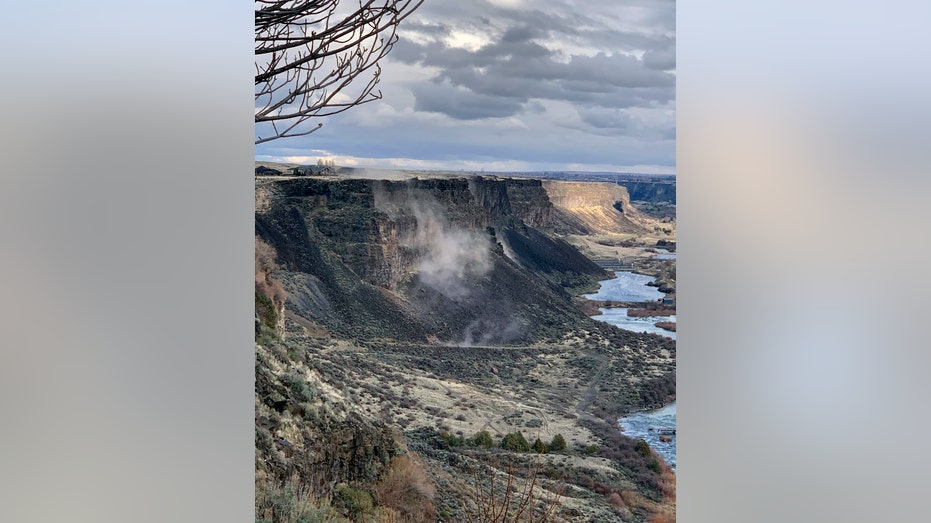 In a photo provided by Israel Bravo, rocks fall from the north side of the Snake River Canyon during an earthquake, Tuesday, March 31, 2020, near Twin Falls, Idaho. A large earthquake struck north of Boise on Tuesday evening, with people across a lar

Dr. Lucy Jones, a seismologist at Caltech and the founder of the Dr. Lucy Jones Center for Science and Seismology, said the Idaho region has an earthquake of about this size every 30 or 40 years. The most recent one, a magnitude 7.0 earthquake near Borah Peak in 1983, killed two children in Challis and caused an estimated $12.5 million in property damage across Challis and Mackay.

That quake was along what scientists call a “normal fault,” with the quake causing vertical movement, she said. Tuesday's quake appeared to be on an unmapped “strike-slip fault," causing mostly horizontal movement along the fault line.

“This is one that wasn't obvious enough to be mapped before now,” Jones said.

Unmapped faults of this size are rarer in highly populated areas like California, she said, but in sparsely populated and remote regions like central Idaho they're less likely to cause damage and less likely to be a focus of geologists and seismologists.

Residents in the region will likely continue to feel aftershocks, she said. The area had already recorded five aftershocks within the first hours after the 6.5 earthquake.

“An aftershock is just an earthquake, but it happens at a time that doesn't surprise us,” she said. “They do every bit as much damage.”

People in an earthquake should drop to the floor and cover their heads with their arms, she said.