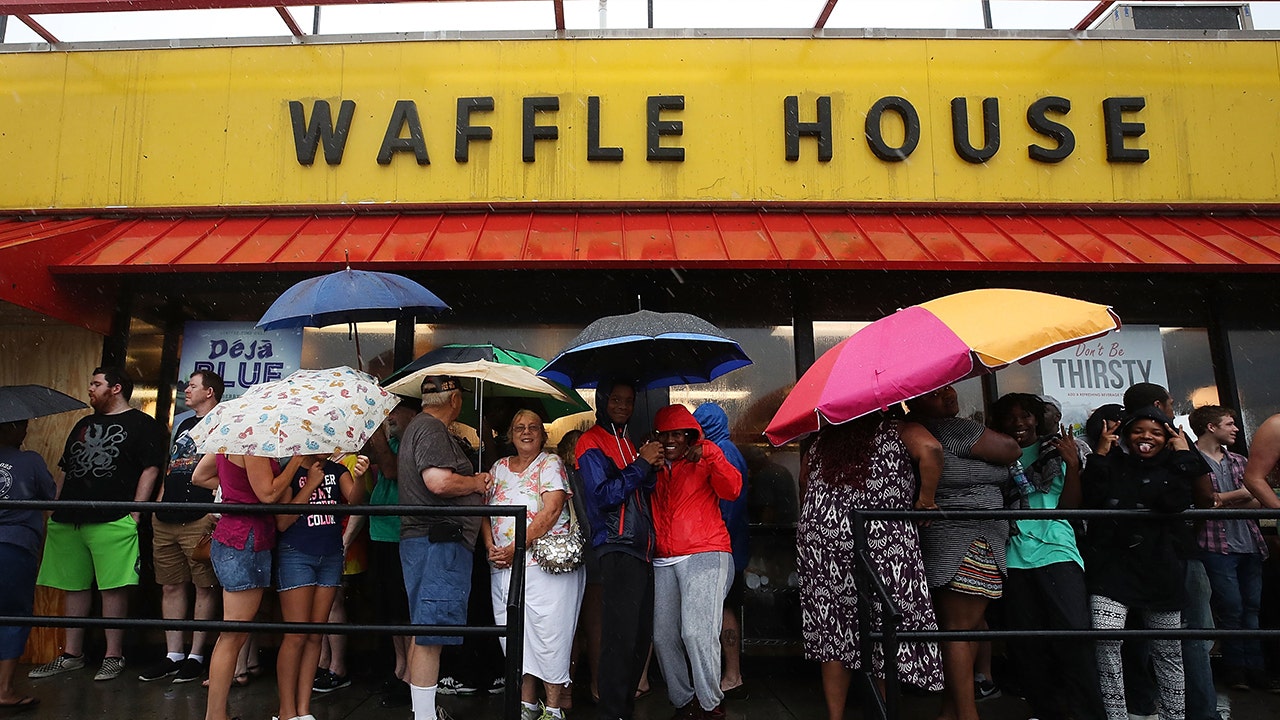 Waffle House CEO Walt Ehmer says managers are ‘making calls on the ground’ as to whether or not it’s safe enough to operate during a hurricane.

As powerful Category 4 Hurricane Ian threatens Florida, the Waffle House restaurant chain, which prides itself on operating 24/7, is helping FEMA identify the storm's hardest-hit areas with their decision on which restaurants to close.

Founded in 2004, the "Waffle House Index" has been used by FEMA to measure the severity of a storm or hurricane. The "informal metric," according to the emergency agency, determines the impact of a storm and the likely scale of assistance required for disaster recovery.

"We don't think about it from a PR standpoint," Waffle House CEO Walt Ehmer said in an interview on "Varney & Co." Wednesday. "We're really trying to make sure that our people are safe and we're doing what we can to help the communities that we serve."

Within the index are three safety codes: green, which indicates a full Waffle House menu is being served; yellow, which means there’s limited food or power; and red, which means the restaurant is completely closed.

HURRICANE IAN NEARS CATEGORY 5 STRENGTH AHEAD OF LANDFALL IN FLORIDA 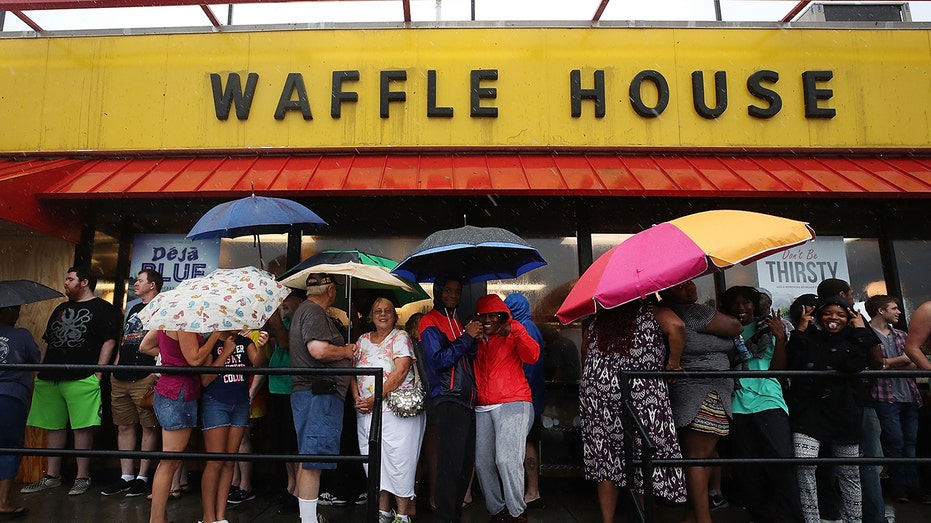 Waffle House CEO Walt Ehmer says if his restaurants are struggling to stay open during a hurricane, then it’s “going to be really challenging for others in the community as well,” on “Varney & Co.” Wednesday, Sept. 28, 2022. (Getty Images)

"The index itself isn’t just about whether or not you can get pralines on your waffles or if you can get waffles at all, but rather about the damage in a neighborhood," a FEMA newsletter from 2017 states. "Businesses in communities are often some of the biggest drivers of recovery. If stores can open, people can go back to work. If people can go back to work, they can return to at least one piece of a normal life – and that little piece of normalcy can make a big difference."

Waffle House’s CEO recognized that the restaurant chain has the ability to get "back open faster than anybody else."

"And if we were really struggling to get open," Ehmer said, "it was going to be really challenging for others in the community as well."

As Hurricane Ian begins to make landfall on Florida’s west coast near Sarasota, Ehmer explained that Waffle House has decentralized management making calls on the ground regarding restaurants’ open or closed statuses.

"I'm here outside of Tampa right now to help them make good decisions. But we try to make the best decisions we can from as close to the action," Ehmer said. "Most of our stores in harm's way right now are closed," from Naples and Bradenton. 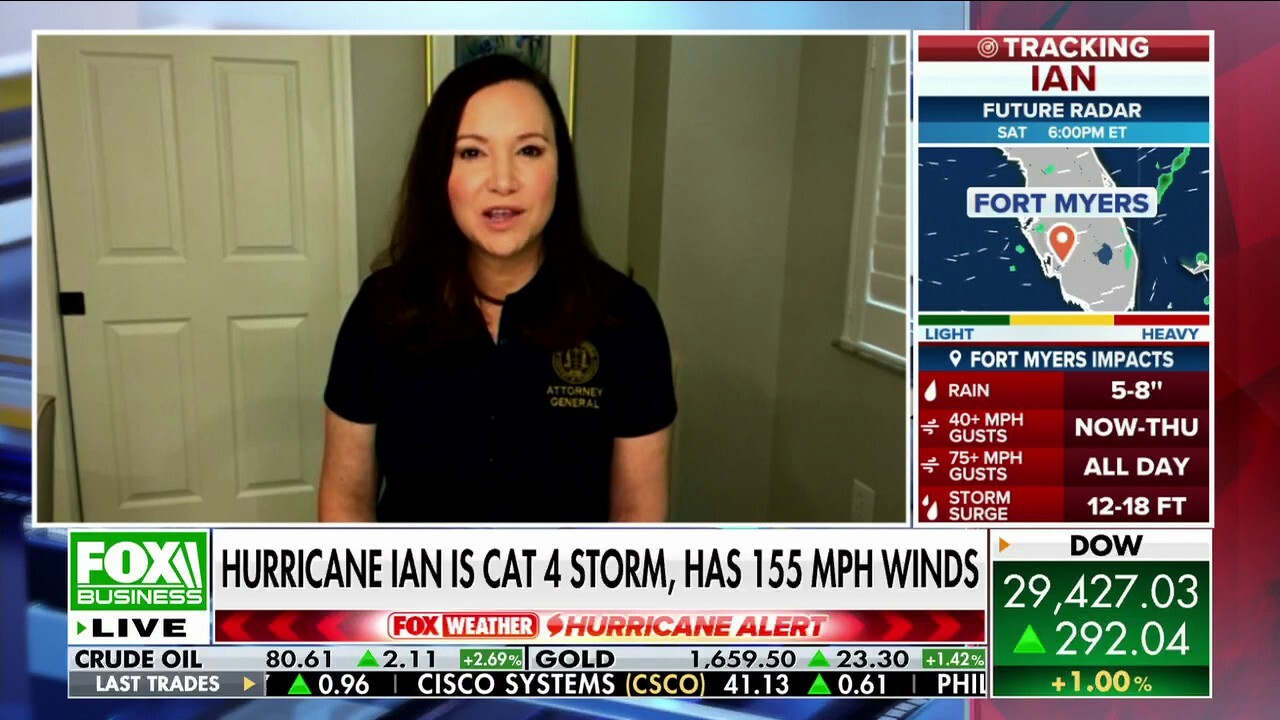 Hurricane Ian could be top 5 storm to ever hit US: Florida AG Ashley Moody

Florida Attorney General Ashley Moody discusses how the state is trying to keep residents safe during and after the storm on ‘Varney & Co.’

The CEO noted that more Florida locations could close as they plan closures "by ear."

"Our insurance is all of us out here trying to make sure we're taking care of everybody," Ehmer said. "We’re self-insured."