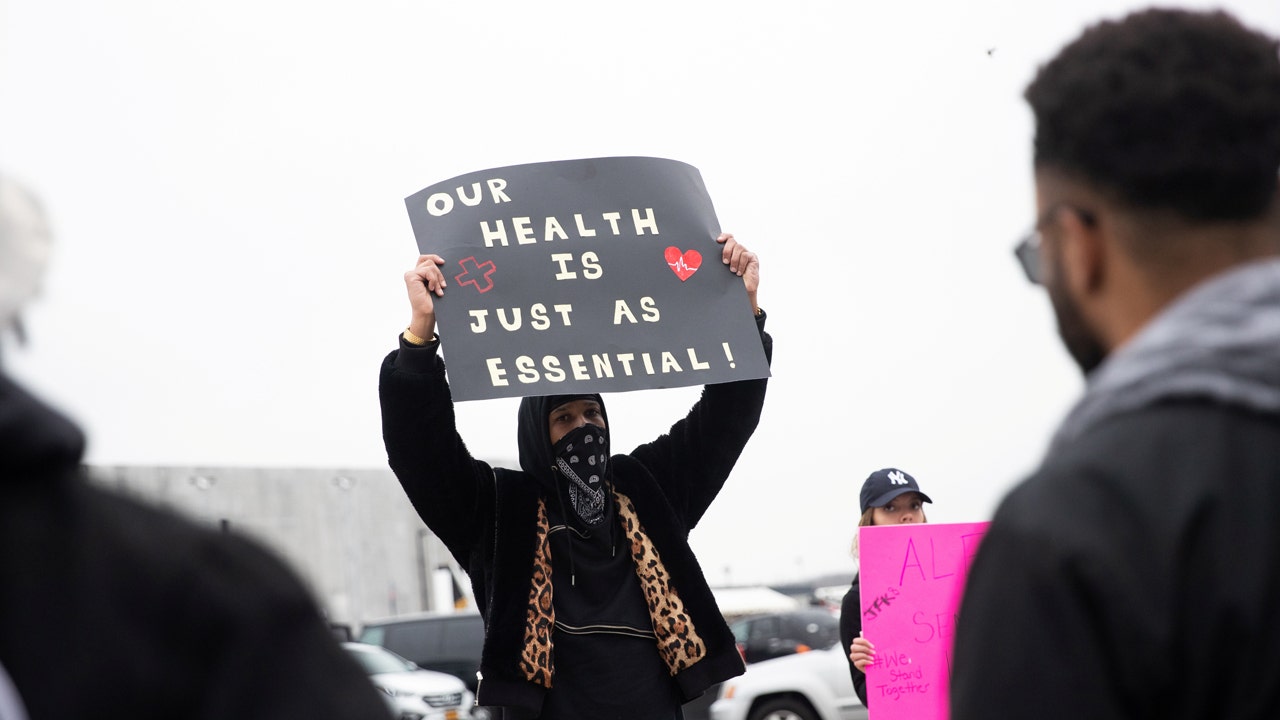 New York City's human-rights watchdog is investigating Amazon.com Inc. over allegations an employee at a Staten Island warehouse was fired for helping to organize a walkout over work conditions in the midst of the new coronavirus outbreak, city officials said Tuesday.

The company fired Chris Smalls, a stock worker at the warehouse, on Monday. The company said in a statement that Mr. Smalls violated social-distancing guidelines, including ignoring orders to stay home for two weeks after coming into contact with a co-worker who had a confirmed case of Covid-19.

Athena, a coalition that represents Amazon workers, said Mr. Smalls's termination was in retaliation for speaking out against conditions at the warehouse and for his role in organizing the walkout.

Walkouts occurred at several warehouses around the country on Monday. Employees were protesting what they said were unsafe conditions during the coronavirus pandemic.

Mayor Bill de Blasio said at a press conference Tuesday that the city's Commission on Human Rights is investigating the allegations. If the allegations are true, the mayor said, "that would be a violation of our city's human-rights law, and we would act on it immediately."

A spokeswoman for Amazon said the accusations were unfounded.

A spokesman for Mr. Smalls declined to comment, but on Monday Mr. Smalls said in a statement he was "outraged and disappointed" after being fired.

New York City has a complicated history with Amazon. In February 2019, the online retailer pulled out of a plan to build a campus in Queens after opposition from some local elected officials and community groups. New York state and city officials had agreed to give $3 billion of incentives to the e-commerce giant to build the campus and hire as many as 40,000 employees.

Mr. de Blasio has criticized Amazon's labor history and has been critical of the company's handling of the campus plan.

"We'd all love to have a time machine and go back and figure out how to make this work, but the fact is I actually think city government, state government, agreed to a fair deal," Mr. de Blasio said about a week after the company announced it wasn't opening the new site. "We were pushing Amazon to do more for the community, which is our job, and they just walked away."