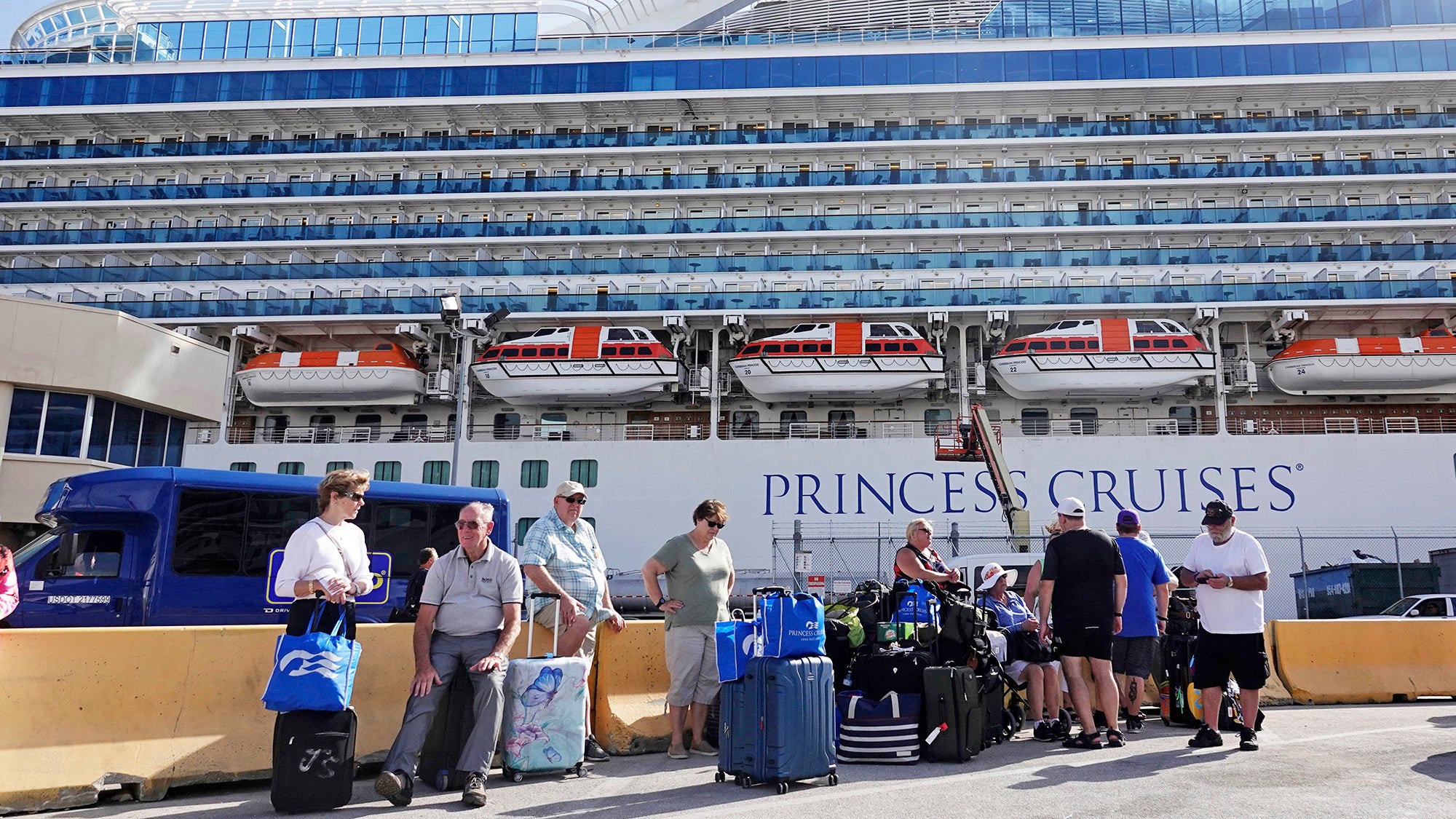 Three people have joined the list of those who have filed lawsuits against Princess Cruises claiming the company was negligent for continuing to run despite knowing passengers would be exposed to the new coronavirus outbreak, according to a report.

Jeffrey and Anabel Jones and Eddy Castellanos are suing the cruise line, which is owned by Carnival Corp., for $1 million, arguing it should never have let them board the Grand Princess, which departed from San Francisco shortly after one of the other Princess Cruises vessels, the Diamond Princess, was forced to quarantine, TMZ reported. 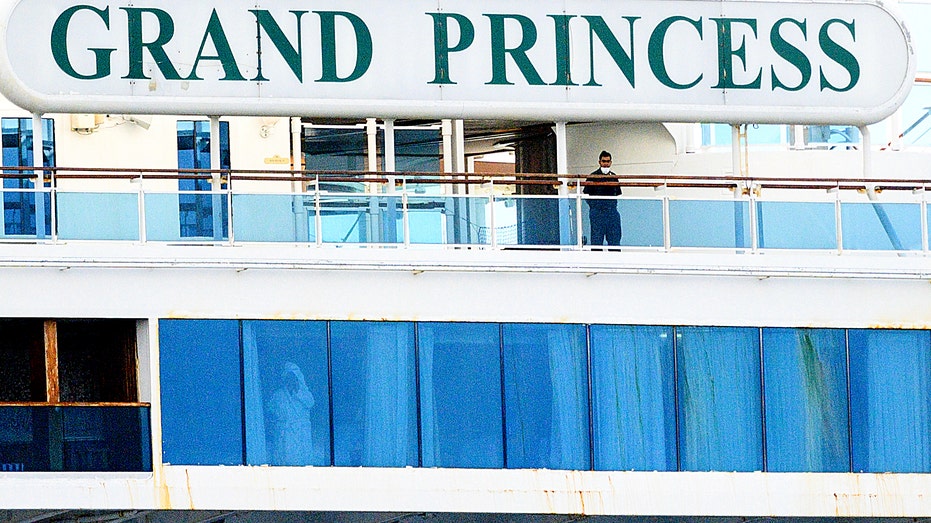 A man wears a mask aboard the Grand Princess as it maintains a holding pattern about 25 miles off the coast of San Francisco on Sunday, March 8, 2020. (AP Photo/Noah Berger)

The Joneses and Castellanos said Princess Cruises "chose to place profits over the safety of its passengers, crew and the general public in continuing to operate business as usual,” according to the outlet.

A spokesperson for Princess Cruises told FOX Business it has been "sensitive to the difficulties the COVID-19 outbreak has caused to our guests and crew," but would not comment on the ongoing matter.

"Our response throughout this process has focused on the well-being of our guests and crew within the parameters dictated to us by the government agencies involved and the evolving medical understanding of this new illness," the spokesperson said in a statement.

In February, the Diamond Princess was quarantined near the coast of Japan for two weeks after 10 passengers were initially diagnosed with the COVID-19, the disease caused by the novel coronavirus. Ultimately, about 700 of the 3,700 people aboard became infected and seven people reportedly died. 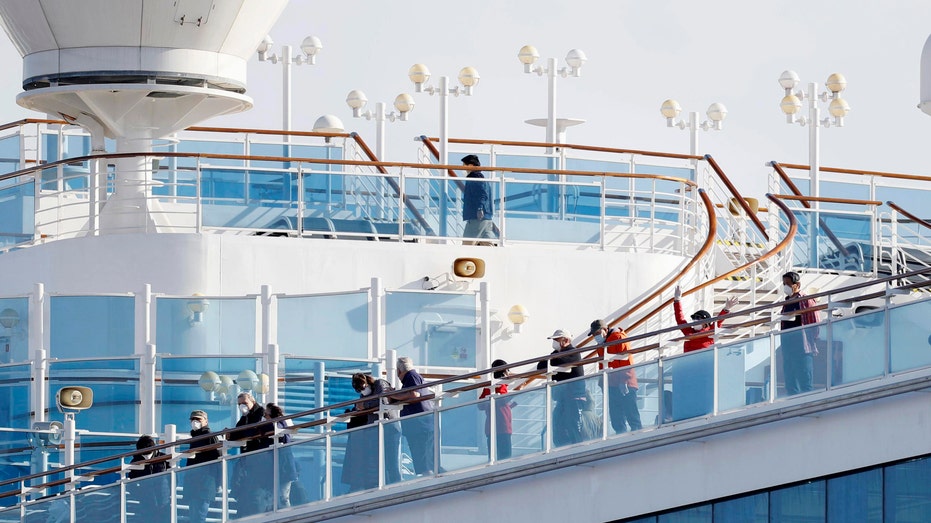 Passengers stand on the deck of the Diamond Princess cruise ship anchored at Yokohama Port in Yokohama, near Tokyo, Wednesday, Feb. 12, 2020. (Yuta Omori/Kyodo News via AP)

JAPAN TO QUARANTINE CRUISE SHIP ON WHICH VIRUS PATIENT SAILED

Meanwhile, the ship that the Joneses and Castellanos were on was also ultimately forced to quarantine, in their case for a week and in California’s Bay Area. The Grand Princess was carrying more than 3,500 people from 54 countries, including dozens of crew and passengers who had been aboard a previous trip on the ship.

Evidence showed the Grand Princess was the breeding ground for a cluster of at least 20 cases, including one death, after a previous voyage. It was briefly held off the coast so people with symptoms could be tested.

The trio joins Florida couple Ronald and Eva Weissberger, who were also aboard the Grand Princess and filed suit against Princess Cruises earlier this month. The Weissbergers are seeking upward of $1 million in damages.

The Joneses and Castellanos also said they never received an email from the cruise line warning them of COVID-19-associated risks, despite the company’s claims they had sent the memo to passengers.

The report has been updated to include a statement from a Princess Cruises spokesperson.