Pumpkin spice season: Here are 10 restaurants that have already brought pumpkin spice back 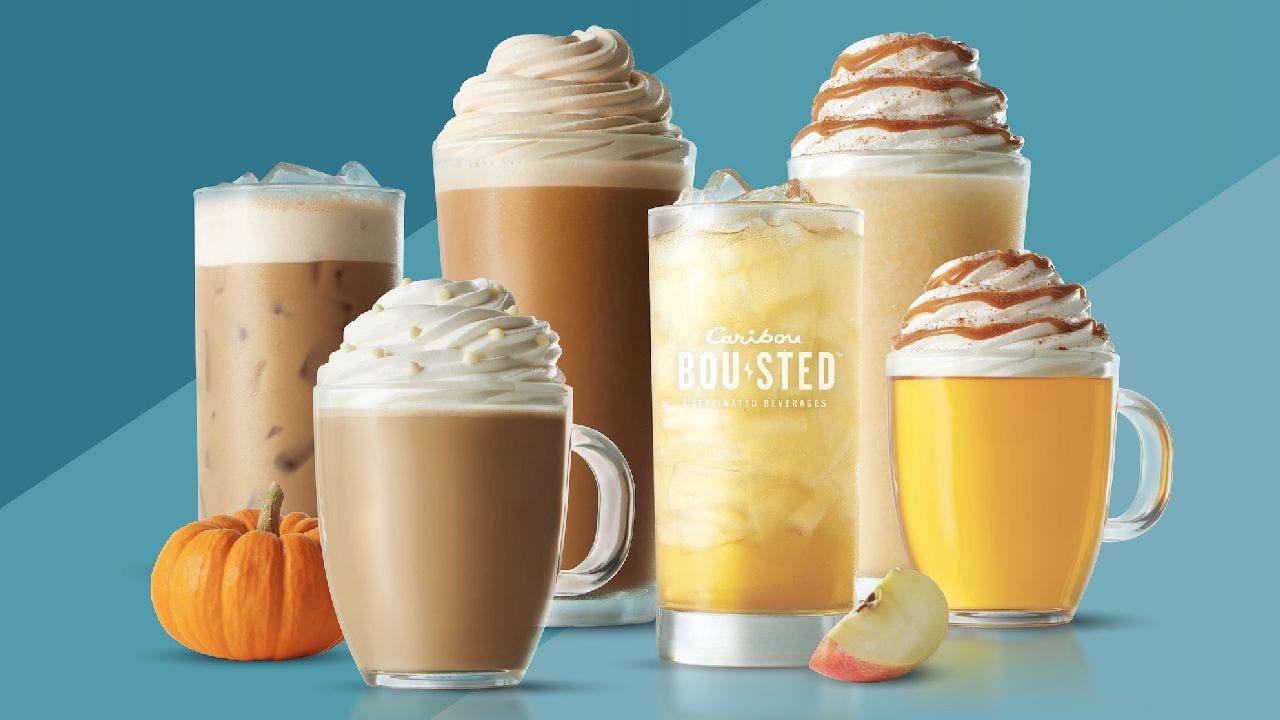 Take a look at these 10 restaurant chains that have already added pumpkin spice-flavored drinks and snacks to their fall menus.

NEARLY HALF OF AMERICANS WANT PUMPKIN SPICE AROUND YEAR-ROUND: SURVEY

There are some surprises here for sure.

Customers have been able to enjoy two pumpkin spice drinks at 7-Eleven.

The convenience store chain brought back its Pumpkin Spice Latte and Pumpkin Spice Coffee on Aug. 5 — and both drinks will be available while supplies last, according to 7-Eleven’s press release. 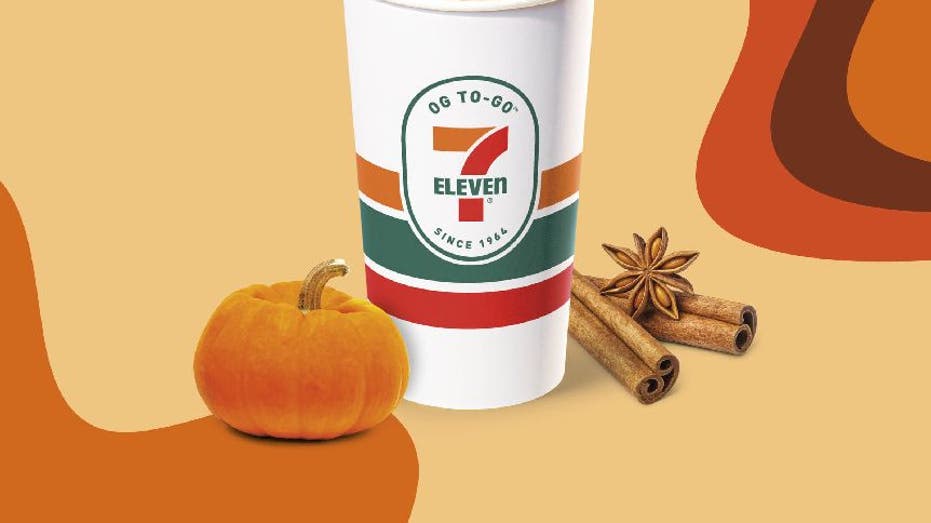 Customers can find the two drinks at participating 7-Eleven, Speedway and Stripes retail locations for a limited time.

While Red Robin might not be the first place customers may think of for pumpkin spice, the fast-casual restaurant chain announced earlier this month that it has a new Pumpkin Spice & Everything Nice Milkshake.

The drink became available on Aug. 8.

Adults have the option of adding a shot of Fireball Cinnamon Whisky.

Guests only have a "limited time" to enjoy the new shake, according to Red Robin's press release.

Krispy Kreme kicked off its pumpkin spice season early this year and made its six-piece lineup available for purchase on Aug. 8. 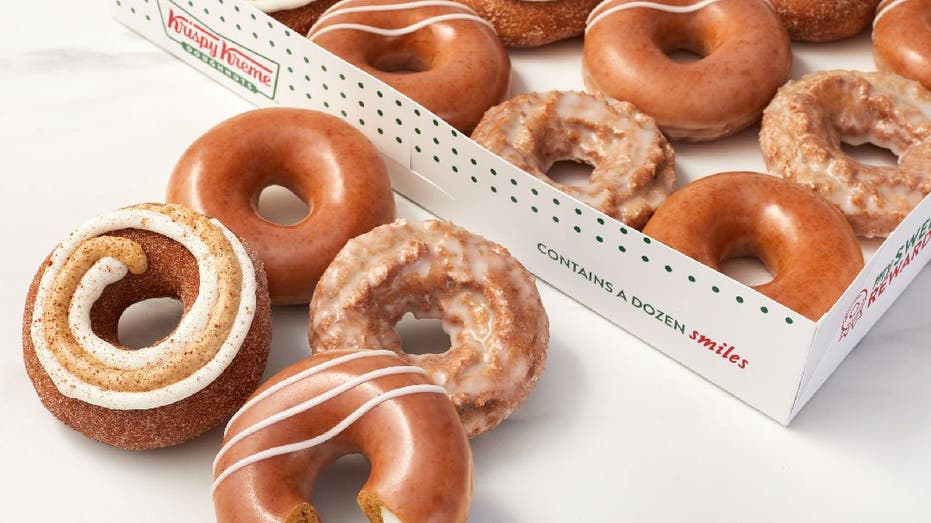 The doughnut chain will conclude its pumpkin spice lineup on Sunday, Sept. 4, according to an announcement on KrispyKreme.com.

Dunkin’s new Nutty Pumpkin Coffee, on the other hand, is made with iced coffee, a pumpkin spice swirl and a hazelnut flavor shot.

Each drink will be "available for a limited time," according to Dunkin’s press release.

Jamba brought back its Pumpkin Smash Smoothie on Aug. 16, and the menu item will be available through Nov. 14.

The smoothie is made with a pumpkin spice blend, which includes pumpkin, cinnamon and nutmeg. 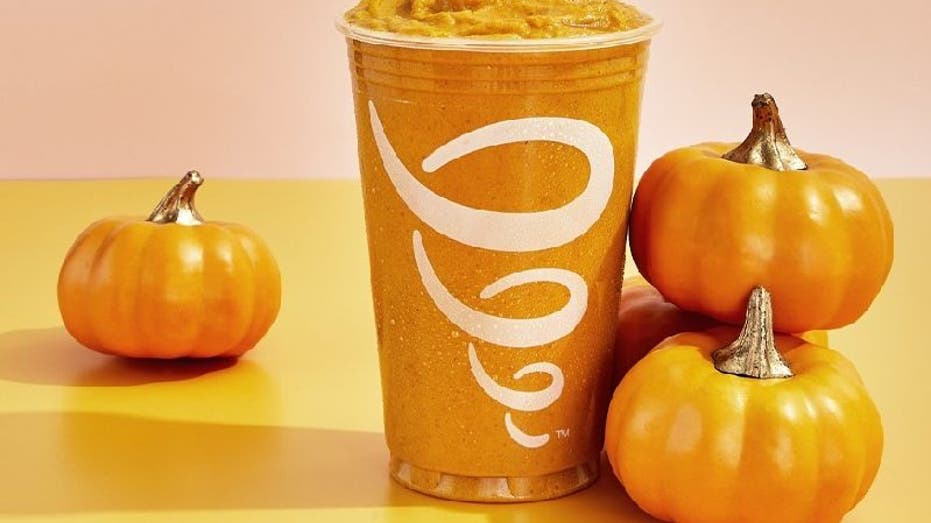 The pumpkin spice lineup from Tim Hortons made its U.S. return on Wednesday, Aug. 24.

Pumpkin spice pancakes will be available at IHOP restaurants nationwide until Oct. 31, the chain announced in a press release on Monday, Aug. 22.

The seasonal meal includes two pancakes, which can be enjoyed solo or combined with other breakfast items, such as eggs, bacon and hash browns.

The pancakes are topped with whipped cream.

Peet’s Coffee has brought back its trusty Pumpkin Latte and is debuting a new Pumpkin Cold Brew Oat Latte with Brown Sugar Jelly.

The latte, which is made with espresso, steamed milk and seasonal spiced, can be enjoyed hot or iced.

The new cold brew can only be served over ice and is made with coffee, oat milk, pumpkin pie syrup, brown sugar jelly and baking spice. 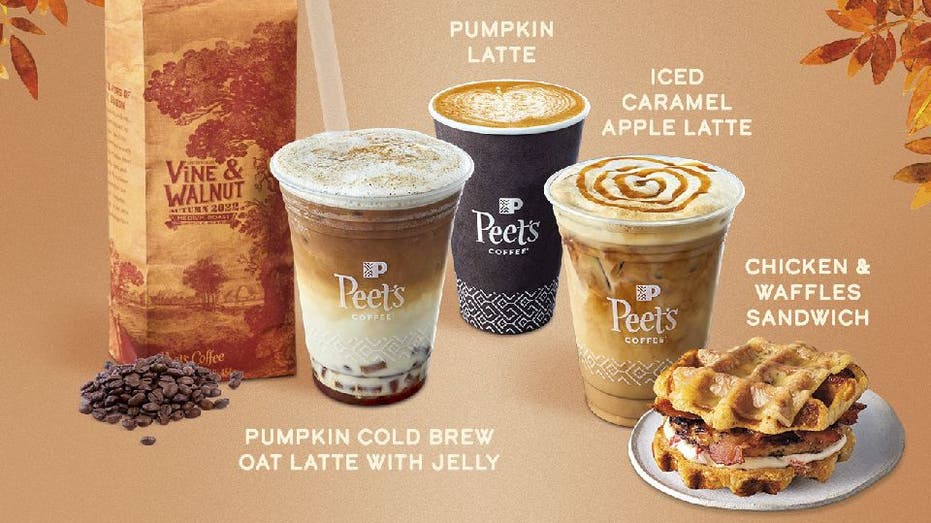 Both menu items and the rest of the fall lineup at Peet’s Coffee will be available until Nov. 1 while supplies last, the company says. 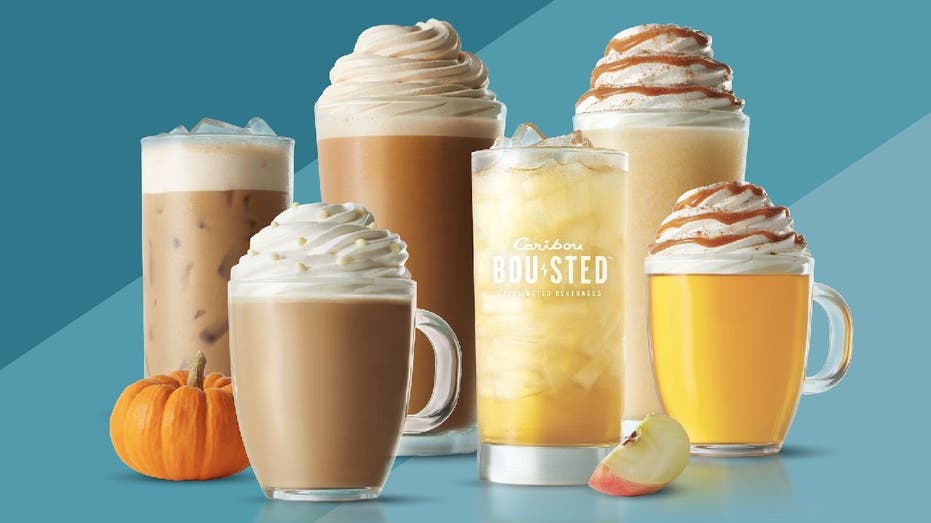 Seven of the menu items are returning fan favorites.

The eighth menu item, a Pumpkin Cake Pop, is new to Caribou Coffee.