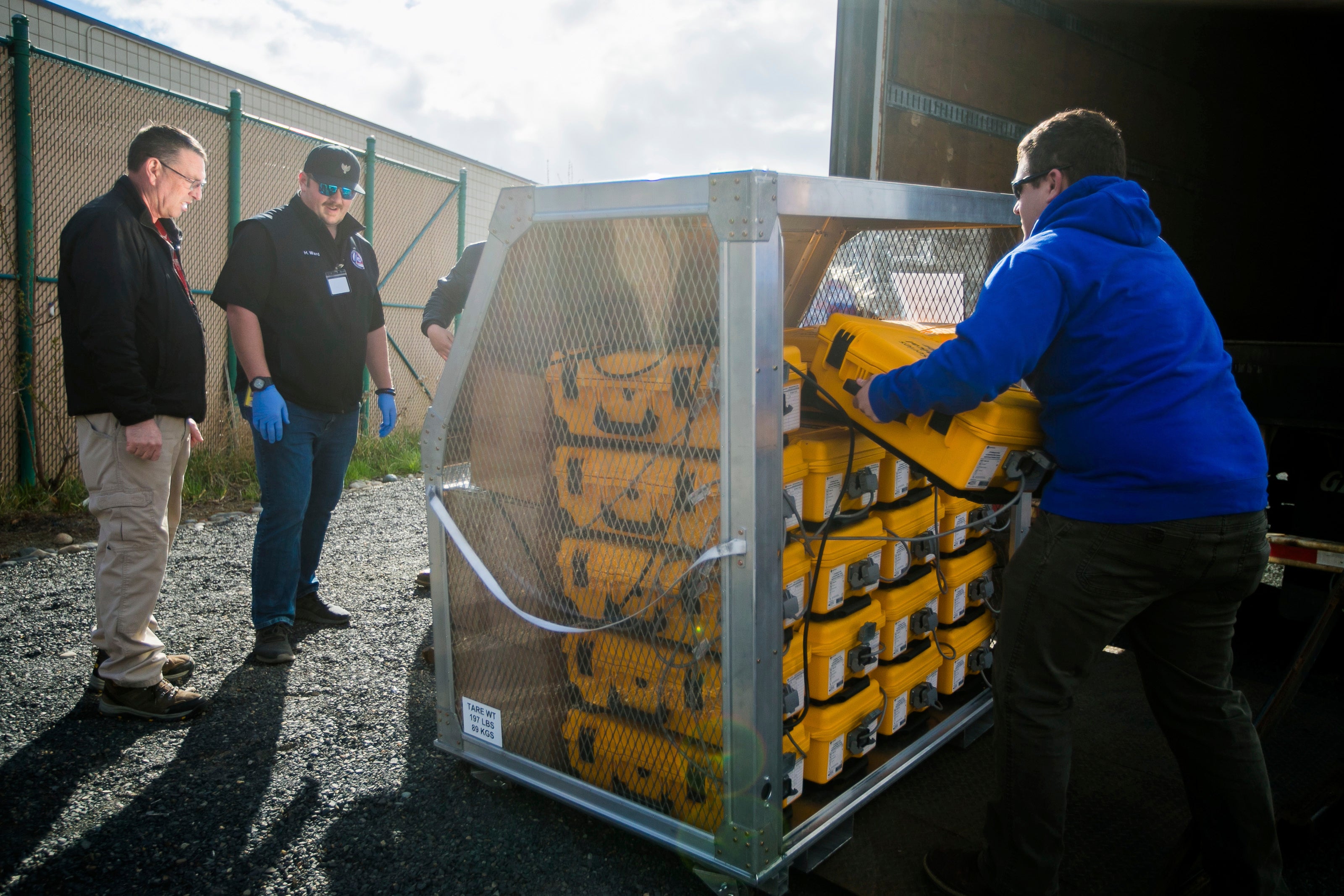 MONTGOMERY, Ala. — Some states and cities that have been shipped masks, gloves, ventilators and other essential equipment from the nation's medical stockpile to fight the coronavirus have gotten an unwelcome surprise: the material is unusable.

Nearly 6,000 medical masks sent to Alabama had dry rot and a 2010 expiration date. More than 150 ventilators sent to Los Angeles were broken and had to be repaired. In Oregon, it was masks with faulty elastic that could cause the straps to snap, exposing medical workers to the disease.

“Several of the shipments we have received from the strategic national stockpile contained (personal protective equipment) well past expiration dates and, while we are being told much of the expired equipment is capable of being used for COVID-19 response, they would not be suitable for use in surgical settings," Charles Boyle, a spokesman for Oregon Gov. Kate Brown, said in an email.

He said some of the equipment had been purchased during the H1N1 outbreak more than a decade ago and that the masks with the fragile elastic had been among products previously recalled by the U.S. Centers for Disease Control and Prevention. The state did not distribute them to medical workers. 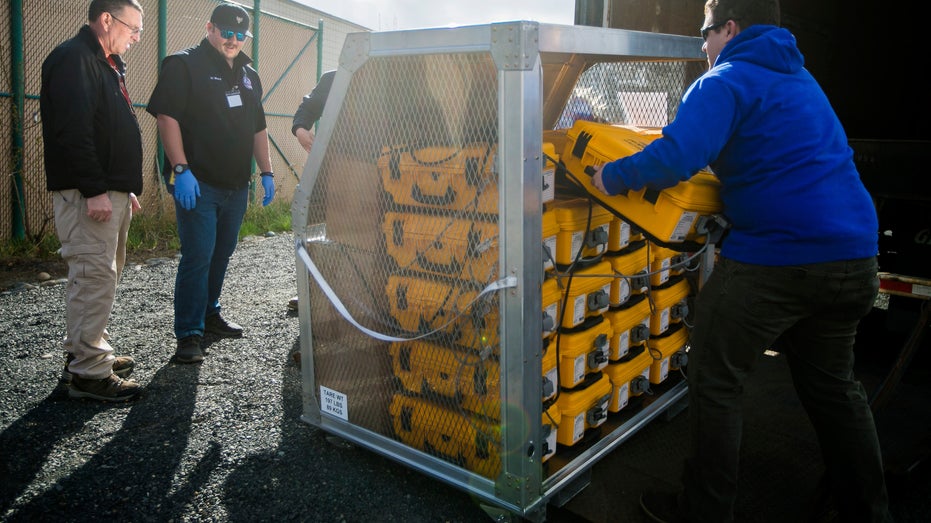 Officials evaluate how many ventilators arrived from the weekly supply shipment Thursday at the Yakima County Office of Emergency Management in Union Gap, Wash. (Amanda Ray/Yakima Herald-Republic via AP)

A shortage of protective gear has imperiled doctors, nurses and other front-line medical workers. Life-saving ventilators have been in short supply as more and more states experience outbreaks of the COVID-19 disease, which typically causes mild or moderate symptoms but can be especially perilous for older adults and people with existing health problems. Many younger adults and medical workers also have succumbed to the disease.

Numerous governors have complained about delays in getting equipment from the Strategic National Stockpile or receiving amounts of gear far below what they had requested. That frustration is compounded when equipment arrives, but can’t be used.

Dr. Don Williamson, president of the Alabama Hospital Association and the former top public health official in the state, said he received multiple emails from hospitals about stockpile shipments of N95 masks in which the rubber bands that hold the mask tight around the user’s face had dry rot. They couldn't be used unless the bands were replaced.

Montgomery County received nearly 6,000 medical masks of a different type that had dry rot, a shipment that was replaced about a week later.

“It’s really alarming because those masks are desperately needed," said U.S. Sen. Doug Jones of Alabama. “When our national stockpile is not monitored enough to know that you’ve got expired masks and rotted masks out there and not replenished, that is a real problem.” 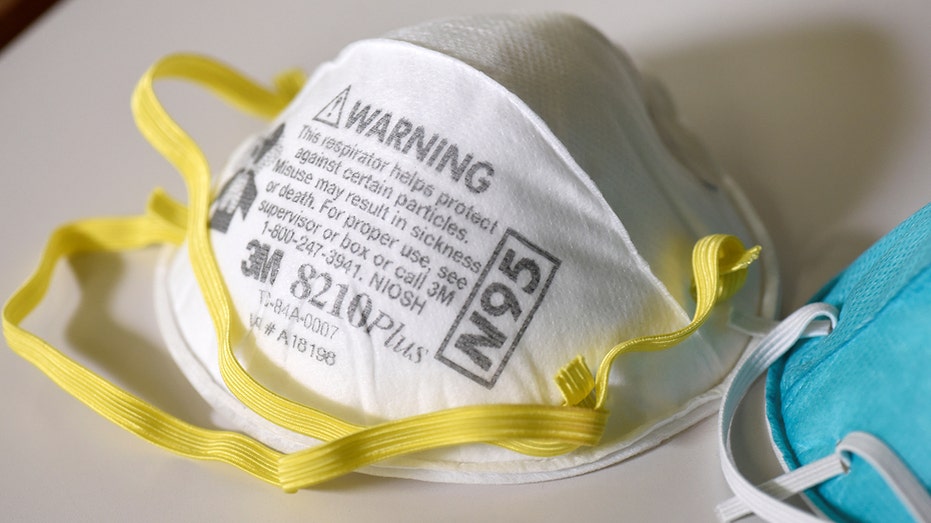 N95 respiration masks at a laboratory of 3M, that has been contracted by the U.S. government to produce extra marks in response to the country’s novel coronavirus outbreak, in Maplewood, Minnesota, March 4, 2020. (REUTERS/Nicholas Pfosi)

Sen. Cory Gardner of Colorado on Friday requested a probe into the management of the supply and distribution of ventilators from the national stockpile. Among other things, he cited reports that maintenance failures were contributing to the lack of operational ventilators “at a time our country desperately needs them.”

Los Angeles received about 170 ventilators from the national stockpile that were in disrepair. Gov. Gavin Newsom said they were sent to a company to be fixed.

In New Hampshire, the congressional delegation wrote to the U.S. Department of Health and Human Services saying many of the supplies the state received were expired. In addition, more than 16,000 latex gloves couldn't be used in a medical setting because of latex allergies.

The CDC acknowledged late last month that some items in the U.S. stockpile have exceeded their manufacturer-designated shelf life. They were nevertheless being sent to hospitals “due to the potential urgent demand caused by the COVID-19 public health emergency,” the CDC said.