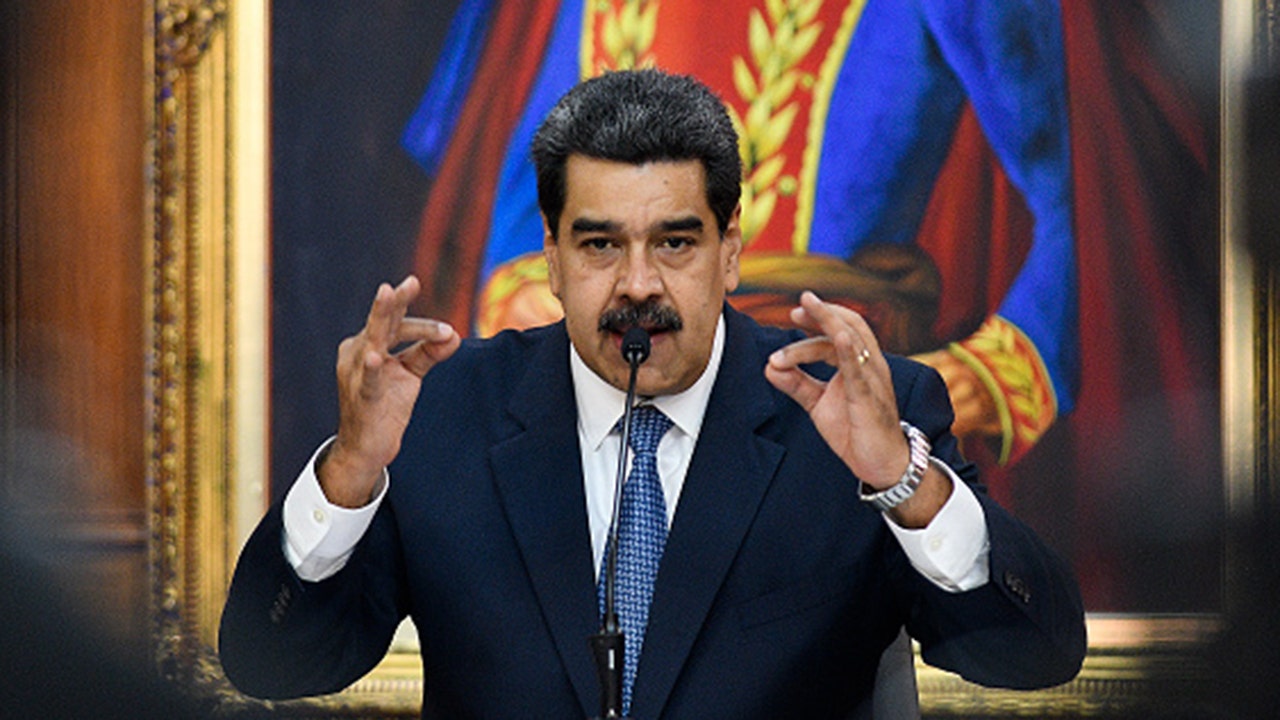 MIAMI — Nicolás Maduro effectively converted Venezuela into a criminal enterprise at the service of drug traffickers and terrorist groups as he and his allies stole billions from the South American country, the Justice Department charged in several indictments against the embattled socialist and his inner circle that were made public Thursday.

One indictment by prosecutors in New York accused Maduro and socialist party boss Diosdado Cabello of conspiring with Colombian rebels and members of the Venezuelan military “to flood the United States with cocaine” and use the drug trade as a “weapon against America.” Criminal acts to advance a drug and weapons conspiracy that prosecutors contend dates back to the start of Hugo Chavez's revolution in 1999 occurred in places as far afield as Aruba, Syria, Mexico, Honduras and Iran, the indictment alleged.

In coordinated actions, prosecutors in Miami charged the head of the Maduro-stacked Supreme Court, Maikel Moreno, with money laundering. Maduro's other key plank of power — the military — also took a hit as May 2019 charges against Defense Minister Gen. Vladimir Padrino were unsealed from Washington.

VENEZUELA, A CAUTIONARY TALE OF SOCIALISM THAT STARTED WITH GOOD INTENTIONS

As the indictments were announced, Secretary of State Mike Pompeo said that the State Department would offer cash rewards of up to $55 million for information leading to the arrests or convictions of Maduro and his associates. It offered rewards up to $15 million for Maduro and up to $10 million each for the others.

“The Maduro regime is awash in corruption and criminality,” U.S. Attorney General William Barr said in an online news conference from Washington. “While the Venezuelan people suffer, this cabal lines their pockets with drug money, and the proceeds of their corruption. And this has to come to an end.”

The shock indictment of a functioning head of state is highly unusual and is bound to ratchet up tensions between Washington and Caracas as the spread of the coronavirus threatens to collapse Venezuela's health system and oil-dependent economy driven deep into the ground by years of corruption and U.S. sanctions.

Analysts said the action could boost U.S. President Donald Trump’s re-election chances in the key swing state of Florida, which he won by a narrow margin in 2016 and where Venezuelans, Cubans and Nicaraguans fleeing authoritarian regimes have political muscle.

But its unclear how it brings Venezuela any closer to ending a 15-month standoff between Maduro, who has the support of Russia and China, and the U.S.-backed opposition leader Juan Guaidó. It also could fragment the U.S.-led coalition against Maduro if European and Latin American allies think the Trump administration is overreaching.

“This kind of action does nothing to help a negotiated solution — something that’s already really difficult,” said Roberta Jacobson, who served as the State Department’s top diplomat for Latin America until 2018.

Maduro, a 57-year-old former bus driver, portrays himself as an everyman icon of the Latin American left. He’s long accused the U.S. "empire" of looking for any excuse to take control of the world’s largest oil reserves, likening its plotting to the 1989 invasion of Panama and the removal of strongman Gen. Manuel Noriega to face drug trafficking charges in Florida.

Barr and Elliott Abrams, the State Department’s special envoy on Venezuela, are driving the hawkish U.S. stance toward Maduro much as they pushed for Noriega’s ouster in the late 1980s — Barr as a senior Justice Department official and Abrams as assistant secretary of state for Latin America.

U.S. officials see other parallels as well. Noriega transformed Panama into a playground for violent, international drug cartels while the Trump administration has accused Maduro and his military henchmen of harboring drug traffickers, guerrillas from Colombia and even Hezbollah, a designated terrorist group.

They also have accused government officials together with well-connected businessmen of stealing hundreds of billions of dollars from the state coffers, much of it from state oil giant PDVSA, which has seen its production plunge to a seven-decade low. 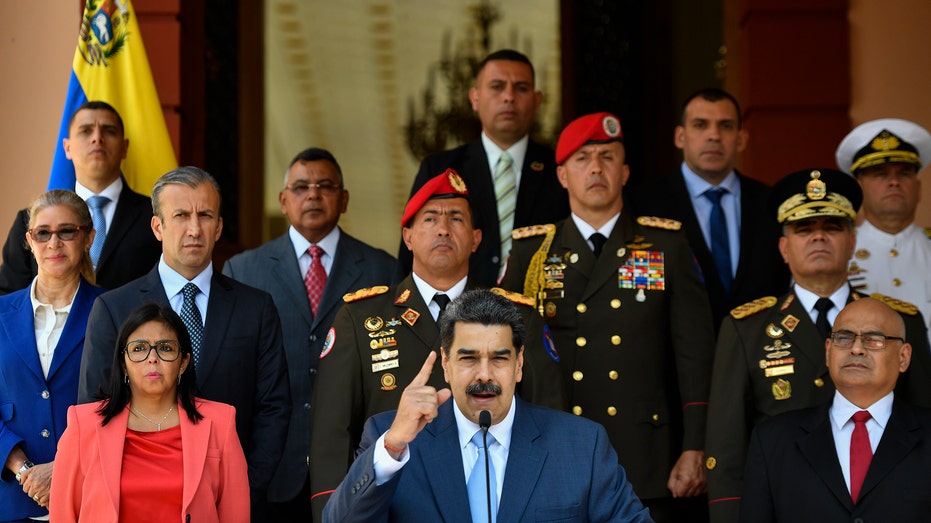 But the U.S. is among 60 countries that no longer consider Maduro a head of state even if he does hold de facto power. They instead recognize Guaidó, the head of congress, as Venezuela’s rightful leader following the socialist’s re-election in a 2018 race marred by allegations of fraud and an opposition boycott.

The evidence against Maduro was collected over several years by investigators in Miami, New York, Houston and Washington who have brought drug trafficking, foreign bribery and money-laundering charges against several senior Venezuelan officials, members of the military and government-connected businessmen.

Much of those probes have focused on PDVSA, which is the source of practically all of Venezuela’s export revenue. The U.S. last year sanctioned PDVSA, barring Americans from doing business with the oil giant.

But to the surprise of many, Chavez’s hand-picked heir has stubbornly clung to power, withstanding months of street protests last year and even a U.S.-backed military revolt all the while millions of Venezuelan migrants flee hyperinflation and widespread food shortages.

With support on the streets for Guaidó fading, the Trump administration raised the ante last fall, withdrawing support for a Norway-sponsored mediation effort and extending sanctions so that even foreign companies faced retaliation for extending Maduro a lifeline.

The pressure to deliver, the people said, went into overdrive around the time when Guaidó visited Washington in February and Trump praised him as his guest at the State of the Union address as “a very brave man, who carries with him the hopes, dreams and aspirations of all Venezuelans.” 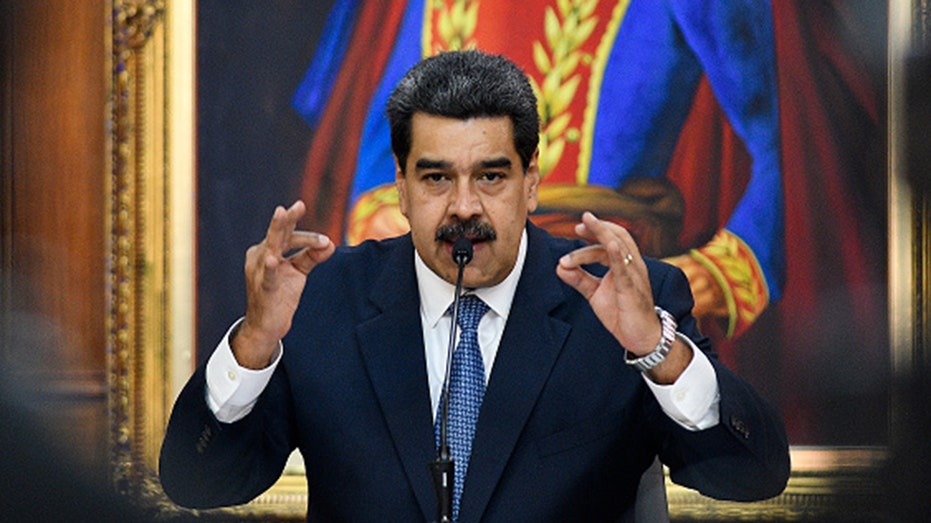 Nicolas Maduro President of Venezuela gestures as he speaks on June 27, 2019 in Caracas, Venezuela. (Photo by Matias Delacroix/Getty Images)

But the spread of the coronavirus pandemic delayed the announcement, which was originally scheduled for March 16, according to the people.

The virus is likely to further distract Washington’s attention and threatens to splinter the opposition, some of whom have expressed a willingness to work with Maduro to stem the burgeoning medial crisis. It could also give new life to Maduro’s call for the U.S. to ease sanctions, an idea that several European Union allies have also warmed to.

Frank Mora, a former Pentagon official, said the U.S. is right to condemn Maduro and others for repressing his people, stealing from state coffers and turning Venezuela into a criminal state.

TRUMP IS THE ONLY ONE THAT CAN FIX VENEZUELA, TOP INVESTOR SAYS

But he worries the indictments play more into the emotion of Latino voters in Florida than help address the country’s grinding crisis.

“We’re not going to go in and capture him,” said Mora, who now heads the Latin America studies institute at Florida International University. “This isn’t about regime change or restoring democracy to Venezuela. It’s about electoral politics."