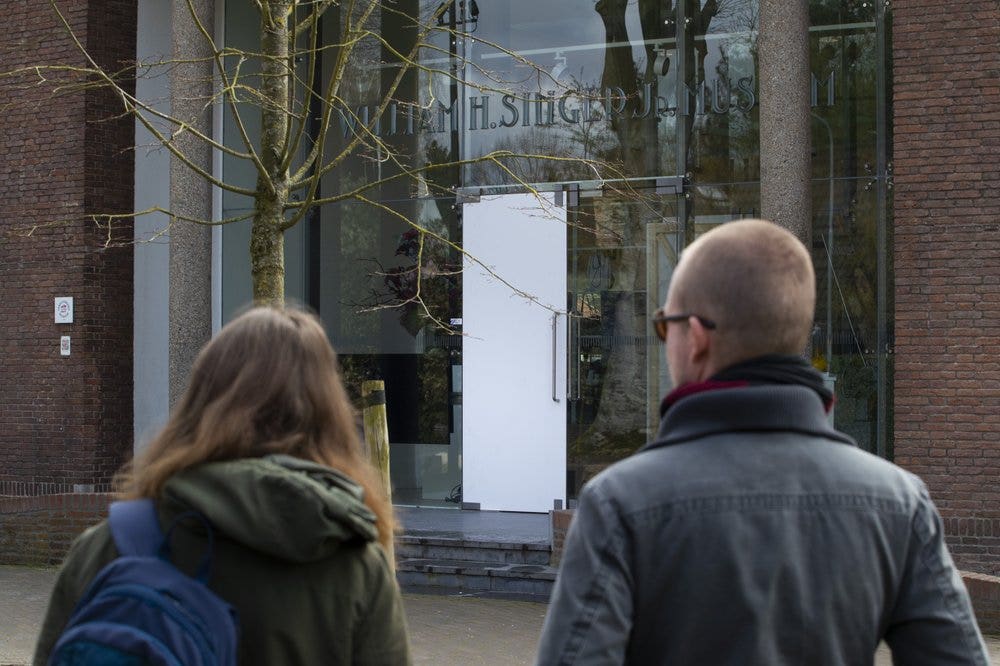 A painting by Dutch master Vincent van Gogh was stolen in an overnight smash-and-grab raid on a museum that was closed to prevent the spread of the coronavirus, police and the museum said Monday. 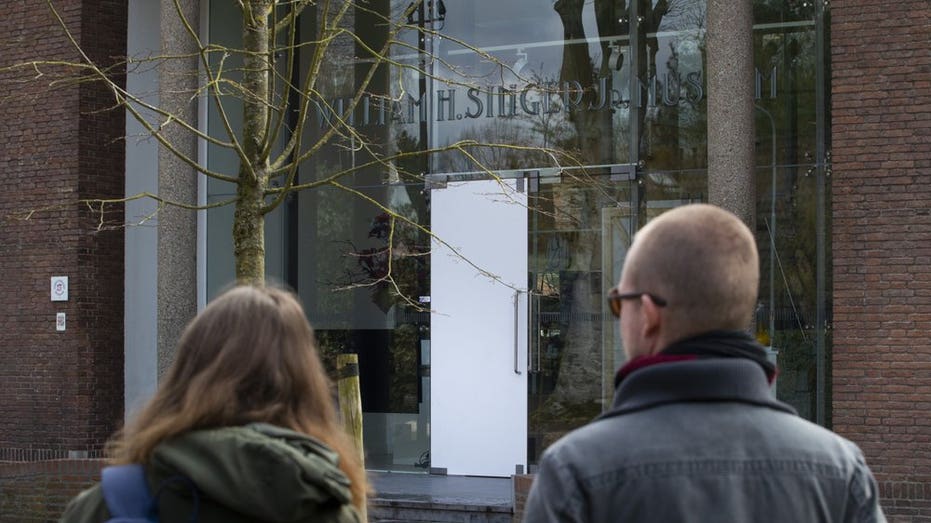 Two people look at the glass door which was smashed during a break-in at the Singer Museum in Laren, Netherlands, Monday, March 30, 2020. (AP Photo/Peter Dejong)

The Singer Laren museum east of Amsterdam said that “The Parsonage Garden at Nuenen in Spring 1884” by the Dutch master was taken in the early hours of Monday. By early afternoon, all that could be seen from the outside of the museum was a large white panel covering a door in the building’s glass facade.

The value of the work, which was on loan from the Groninger Museum in the northern Dutch city of Groningen, was not immediately known. Van Gogh’s paintings, when they rarely come up for sale, fetch millions at auction.

Police are investigating the theft. 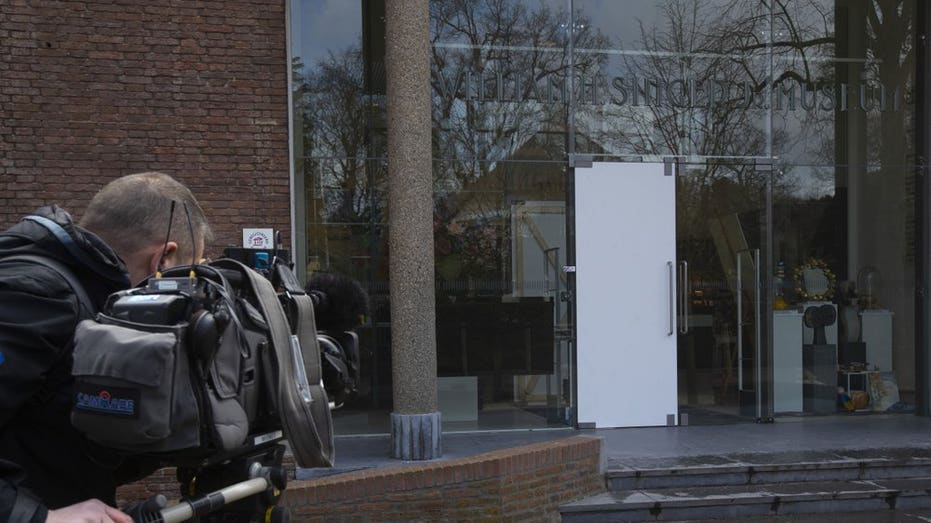 A cameraman films the glass door which was smashed during a break-in at the Singer Museum in Laren, Netherlands, Monday, March 30, 2020. (AP Photo/Peter Dejong)

“This beautiful and moving painting by one of our greatest artists stolen – removed from the community,” he added. “It is very bad for the Groninger Museum, it is very bad for the Singer, but it is terrible for us all because art exists to be seen and shared by us, the community, to enjoy to draw inspiration from and to draw comfort from, especially in these difficult times.”

The 25-by-57-centimeter (10-by-22-inch) oil on paper painting shows a person standing in a garden surrounded by trees with a church tower in the background.

It dates to a time when the artist had moved back to his family in a rural area of the Netherlands and painted the life he saw there, including his famous work “The Potato Eaters,” in mostly somber tones.

Later, he moved to southern France, where he developed a far more colorful, vibrant style of painting as his health declined before his death in 1890.

Police said in a statement that the thief or thieves smashed a glass door to get into the museum. That set off an alarm that sent officers rushing to the museum but by the time they got there the painting and whoever stole it were gone.

A team including forensics and art theft experts was studying video footage and questioning neighbors. Van Os said the museum’s security worked “according to protocol,” but he added: “Obviously we can learn from this.”

Before the closure, the museum was hosting an exhibition titled “Mirror of the Soul” with works by artists ranging from Jan Toorop to Piet Mondrian, in cooperation with Amsterdam’s Rijksmuseum. 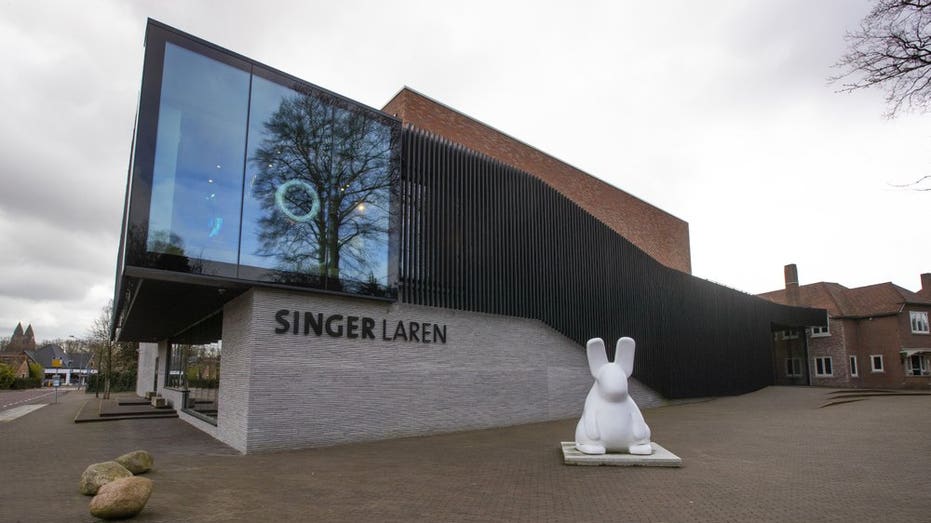 The Singer Laren’s collection has a focus on modernism such as neo-impressionism, pointillism, expressionism and cubism.

It is not the first high profile theft from the museum. In 2007, thieves stole seven works from its sculpture garden, including a bronze cast of “The Thinker” by Auguste Rodin. The famous sculpture was recovered a few days later, missing a leg.