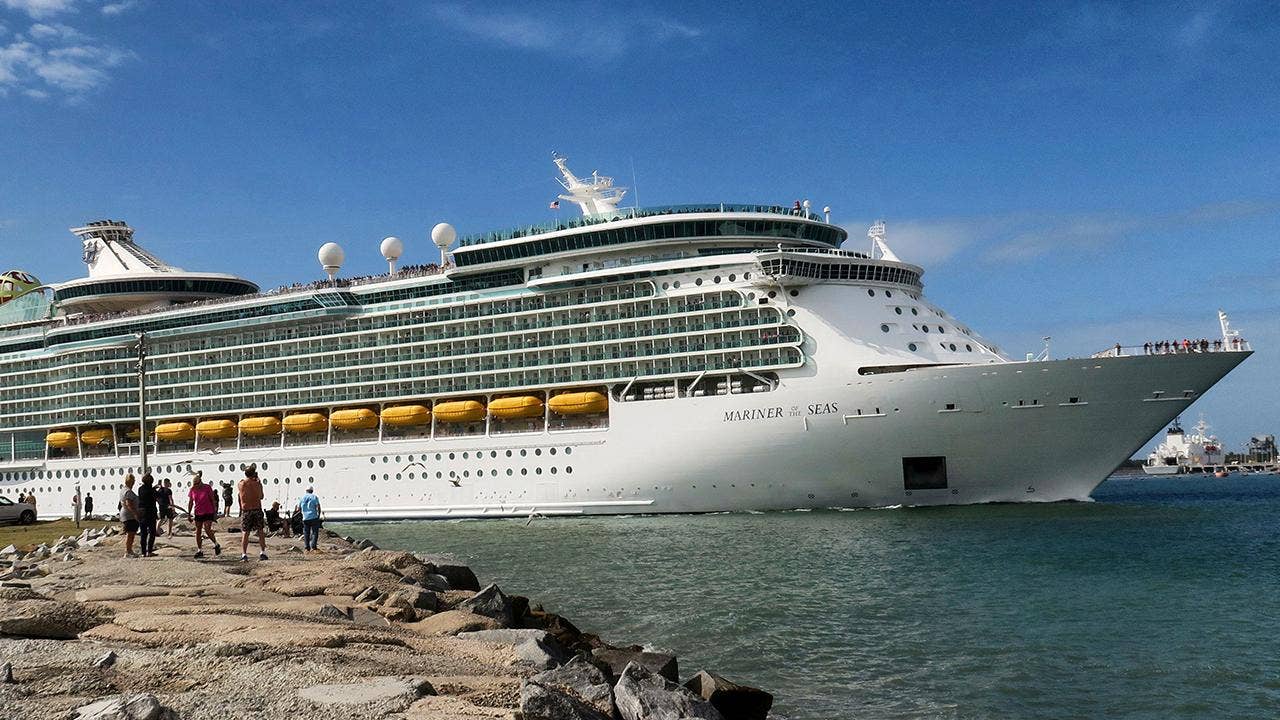 WASHINGTON — The major cruise-ship operators wouldn't qualify for aid under the roughly $2 trillion coronavirus stimulus package headed for a House vote Friday, despite being one of the hard-hit industries President Trump has pledged to help.

The cruise industry was among the first to take a public hit from the virus, along with airlines and hotels, as vacationers canceled plans, local governments halted tourism and passengers on board fell ill, leading to entire vessels full of passengers being quarantined.

CORONAVIRUS PUSHES UNITED AIRLINES TO OFFER BUYOUTS TO US EMPLOYEES

But the $2 trillion package approved by the Senate and now headed for the House limits aid to U.S.-incorporated companies with a majority of workers based in the U.S. — two criteria that effectively exclude the major cruise-ship operators like Carnival Corp., Norwegian Cruise Line Holdings Ltd., and Royal Caribbean Cruises Ltd.

While other hard-hit industries, including airlines and hotels, got specific carve-outs ensuring they would benefit from government bailout funds, an effort to provide a similar salve to the cruise industry fell short.

That is despite comments from Mr. Trump and Treasury Secretary Steven Mnuchin that the administration intended to help the industry, whose publicly traded major players have seen their stock prices crushed since the coronavirus crisis began.

The world's four biggest cruise lines, which include Swiss-based MSC Cruises, have suspended their sailings for about a month after coronavirus outbreaks aboard ships underscored the pathogen's easy spread in confined spaces and various governments imposed travel restrictions.

Early drafts of what would become the rescue package included provisions that would have given the big cruise companies access to government funds.

But labor unions and Democrats in Congress were firmly opposed to including federal assistance to the cruise industry because they don't employ a unionized American workforce and environmental critics accuse the companies of polluting U.S. waterways.

Still, the industry won small concessions that could open the door to federal help in the future.

A spokesman for Sen. Dan Sullivan (R., Alaska) said the senator supported the cruise-ship industry because of its contributions to small business in the state. "He'll continue to work to educate his colleagues on the importance of the cruise ship industry for tourism in Alaska as well as other states," the spokesman said.

All the major cruise operators are incorporated outside the U.S. The companies don't pay U.S. federal income taxes and most of their cleaning staff, restaurant servers, bartenders and other employees are foreign nationals.

Even the individual ships are typically owned by foreign LLCs and domiciled in low-tax countries such as the Bahamas, Bermuda and the Dominican Republic.

They do, however, pay state income taxes and port fees.

Stock returns in the resort and cruise-ship industry, including major hotel chains, are down more than 51% overall on the year, according to FactSet.

The U.S. State Department has warned Americans not to travel on cruise ships because of the outbreak. The Centers for Disease Control and Prevention has specifically warned that cruise ships pose a "risk for rapid spread of disease beyond the voyage" and identified more than 800 cases of coronavirus infection linked to cruise-ship voyages.

In the appropriations bill, the Senate allocated $7.5 million toward the Agency for Toxic Substances and Disease Registry's geospatial analysis and mapping of infectious disease hot spots, including cruise ships.

Write to Ted Mann at ted.mann@wsj.com, Brody Mullins at brody.mullins@wsj.com and Dave Sebastian at dave.sebastian@wsj.com