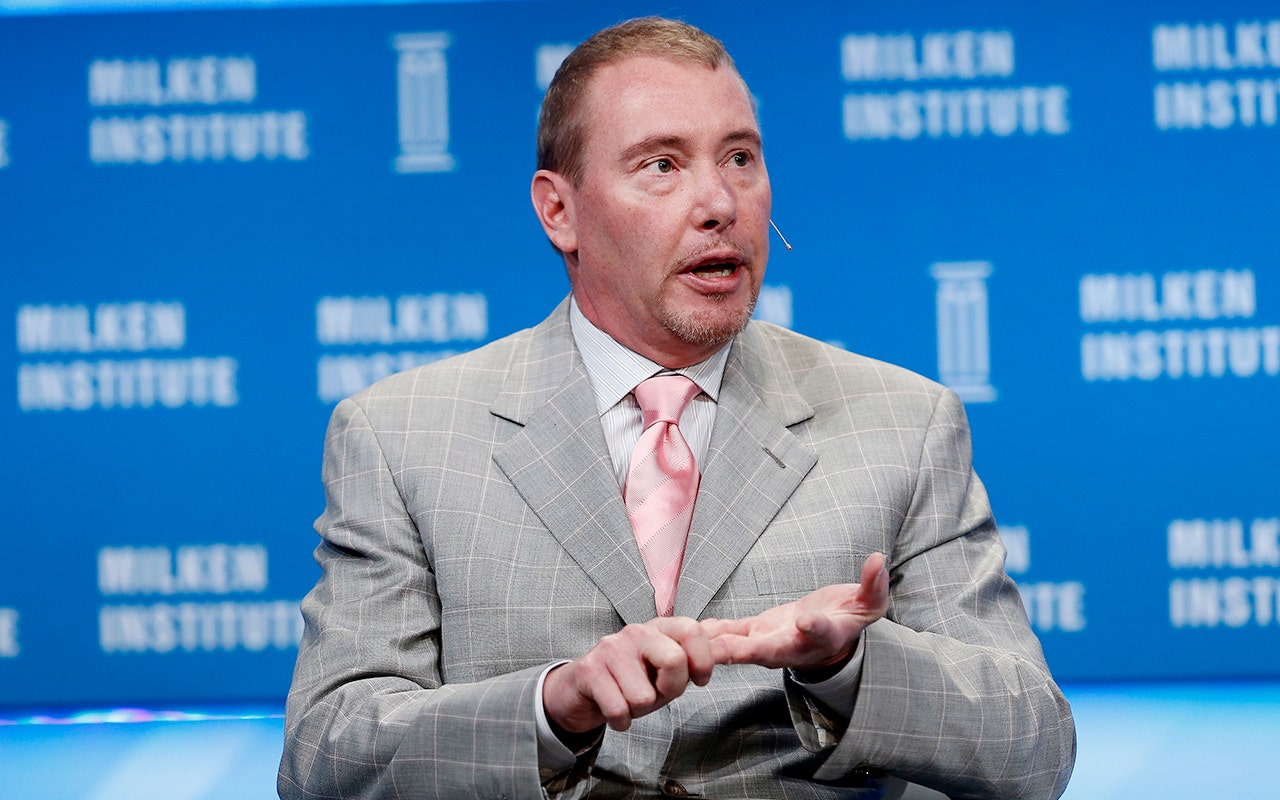 The world has been inundated with low interest rates, but there’s one signal “Bond King” Jeffrey Gundlach is looking for that would suggest they're about to change direction.

Rising rates would be an ominous development, particularly amid the economic fallout of the COVID-19 pandemic, making it costlier for the U.S. to roll over its $23 trillion of debt as it comes due.

“The real sign that there's upward pressure on longer-term interest rates in the developed world would be if the United States 10-year went back above 136,” its 2016 low, Gundlach, CEO and chief investment officer of Los Angeles-based DoubleLine Capital, which has $148 billion in assets under management, said on a webcast on Tuesday evening.

He added that if the rise in the U.S. 10-year yield were confirmed with the German 10-year yield, which was at -46 basis points on Tuesday evening, going above its 2016 low of -16 basis points, it would “show the supply of bonds is absolutely overwhelming the market.”

The US 10-year yield was around 62 basis points on Wednesday, down about 8 basis points from the time Gundlach gave his presentation on Tuesday evening. The German 10-year was down to -52 basis points.

Yields rise as bond prices fall, signaling investors believe they can get better returns elsewhere and want steeper discounts or higher interest rates before putting their money into fixed-income securities.

While the U.S. 10-year is about 75 basis points below the key level, the German 10-year is about half that. But getting to those levels will be difficult as the markets are fighting a tremendous force in the U.S. Federal Reserve and the European Central Bank, which can counter rising yields by buying securities themselves. 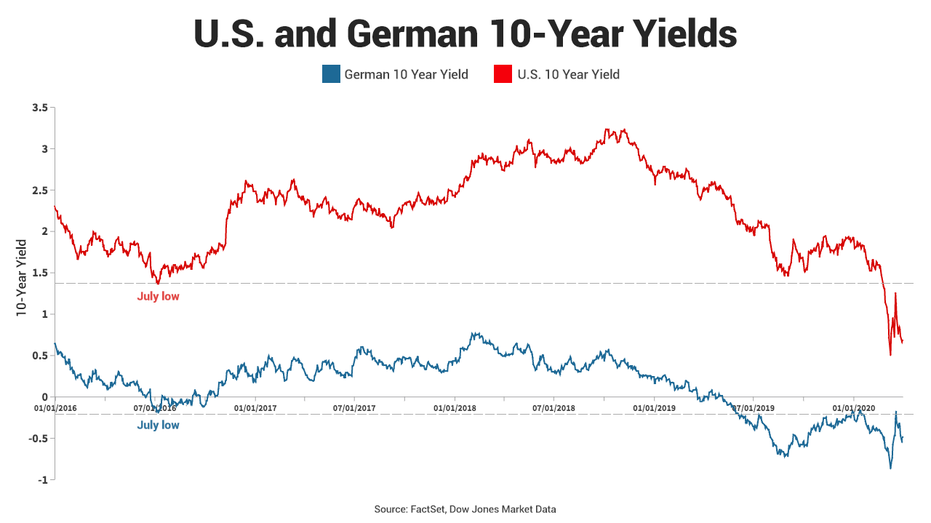 Last month, the Fed announced it would purchase unlimited assets, a tactic used during the 2008 financial crisis and known as quantitative easing or QE, to insulate the U.S. economy from the fallout of the COVID-19 pandemic.

Similarly, the ECB said it would buy 750 billion euros worth of government and corporate bonds.

The Fed has “basically used the phrase anything it takes,” Gundlach said. “We’re in QE infinity and we’ve already blown through the old high from QE 3.”

The Fed’s “explosion of buying across the yield curve” will very quickly take the central bank’s balance sheet to $7 trillion and could easily blow through $10 trillion, Gundlach said.

“So here we go with a massive increase of the Fed's balance sheet and a national debt that I kind of was worried about for a long time that would happen in the next downturn, but this downturn turned into a real doozy,” Gundlach said.