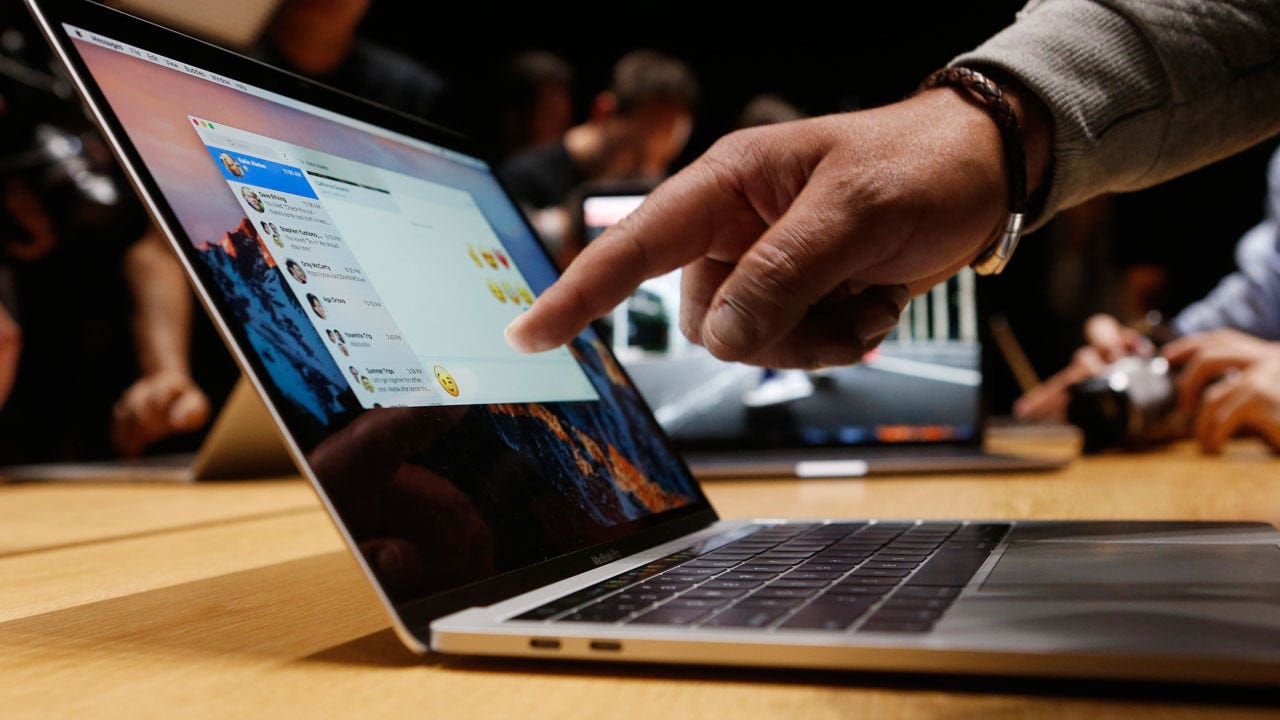 OAKLAND, California (Reuters) – As the coronavirus outbreak forced classes online, Boston Public Schools ordered 20,000 laptops and had them in hand in four days — an unusually fast turnaround made possible by a build-up of inventory prompted by the U.S.-China trade war.

Computer companies including Boston school vendor Acer Inc ordered extra laptops for import in early December ahead of scheduled U.S. tariffs on products from China, where 90% of the world's laptops and monitors are made.

While the tariff plans have since been canceled as part of a "phase one" trade deal, the build is letting companies meet a surge in demand from U.S. students and workers stuck at home due to lockdowns, even as customers in Japan, India and Britain face weeks-long delays and "out of stock" signs. 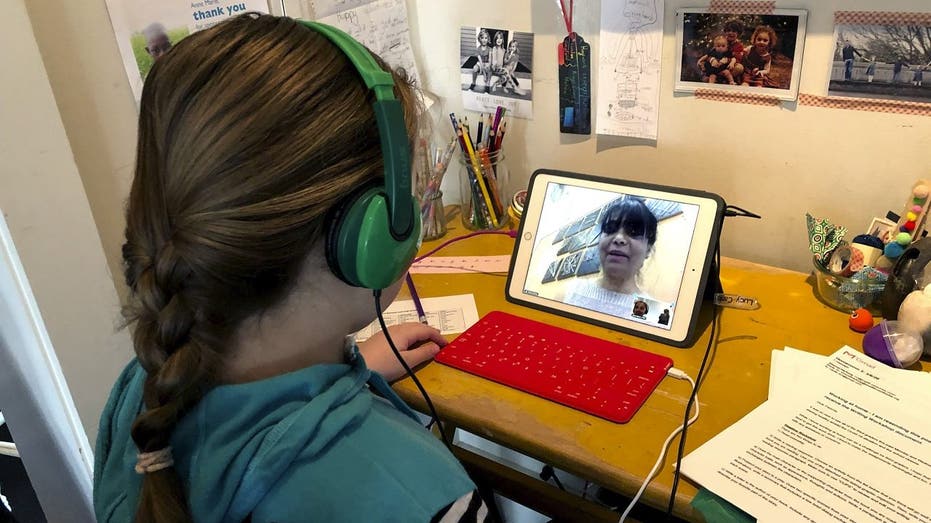 In this photo provided by Anne Marie Canlis, Clementine Canlis, of Seattle, watches an online lecture March 12 after her private school closed for five weeks due to the coronavirus. (Anne Marie Canlis via AP)

"We're going to be able to fulfill everything for everybody" in the United States, said Richard Black, a vice president of marketing at Acer, which sold about as many laptops worldwide as Apple Inc last year.

"It turned out to be an excellent call to order early."

Other products sought after by families on lockdown, including toys and computer monitors, are also relatively plentiful in the United States. They too had been scheduled to fall under a 15% tariff starting last Dec. 15.

It has been able to fulfill about 60% of U.S. demand as consumers seek ways to entertain their children at home.

Fulfillment rates are lower in Europe, where MGA did not bring in extra products, Larian said.

"It did work out a little but the supply chain is still disrupted majorly," he said.

The virus closed many factories in China for a month or more, delaying spring-time deliveries to warehouses globally. 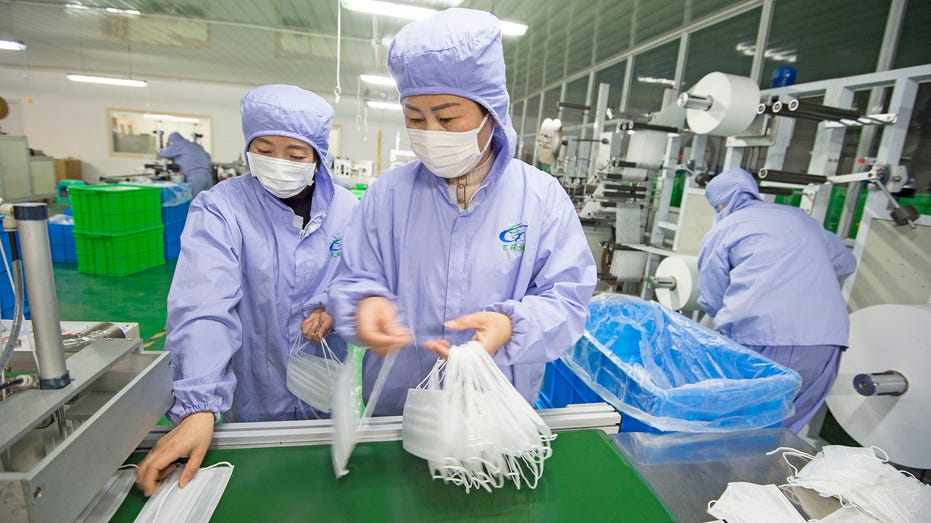 People work on a production line at a factory for medical masks in Hai’an in eastern China’s Jiangsu Province Jan. 28. (Chinatopix via AP)

The coronavirus originated in China last year and has since spread across 205 countries and territories. Globally it has infected more than 850,000 people and killed over 42,000, according to a Reuters tally.

Some popular computer monitors now are out of stock even in the United States as a result of the work-from-home rush, said Linn Huang, an analyst at technology market tracker IDC.

On Amazon.com, merchants have raised prices on top-rated consumer laptops by $50 to $100, according to tracking on price comparison tool CamelCamelCamel.

However, businesses purchasing from commercial sellers have not seen price jumps, according to industry analysts.

Boston schools paid $5 million, or about the usual $250 each, for the 20,000 Chromebooks sent by Acer on two trucks each from warehouses in Los Angeles and Chicago. 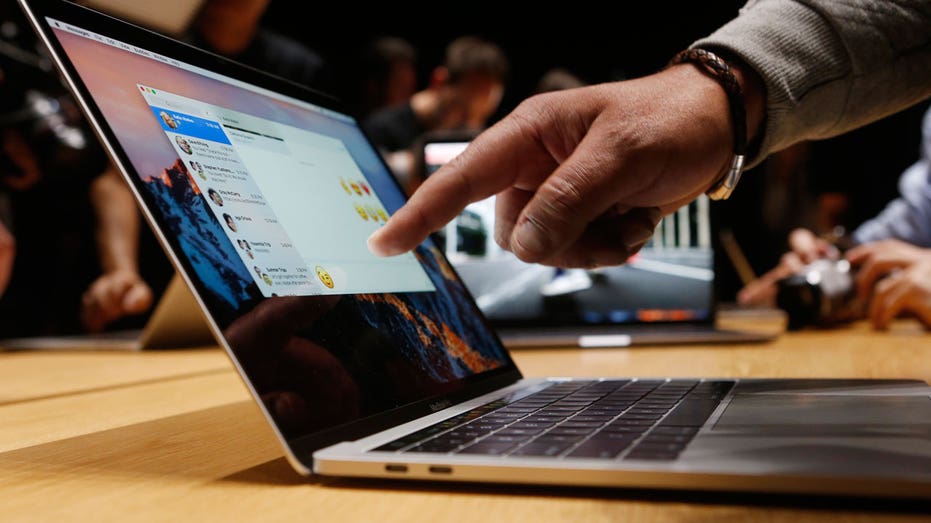 A guest points to a new MacBook Pro during an Apple media event in Cupertino, California, in October 2016.

"Now is not the time when dealing with children and education environments to try to jack up prices and have some short-term profitability," Acer's Black said.

Analysts expect laptop demand to slow if the global economy sputters further and widespread layoffs continue due to the impact of the virus.

But with many still tuning their work-from-home set-ups, demand is buzzing. Computer exports from South Korea surged 82% in March over last year.

Some computer makers are even weighing the expensive move of transporting devices by plane versus boat, said Jeff Lin, a Tapei-based researcher at Omdia.

The goal, he said, is to gain market share by being first to get devices in stock.