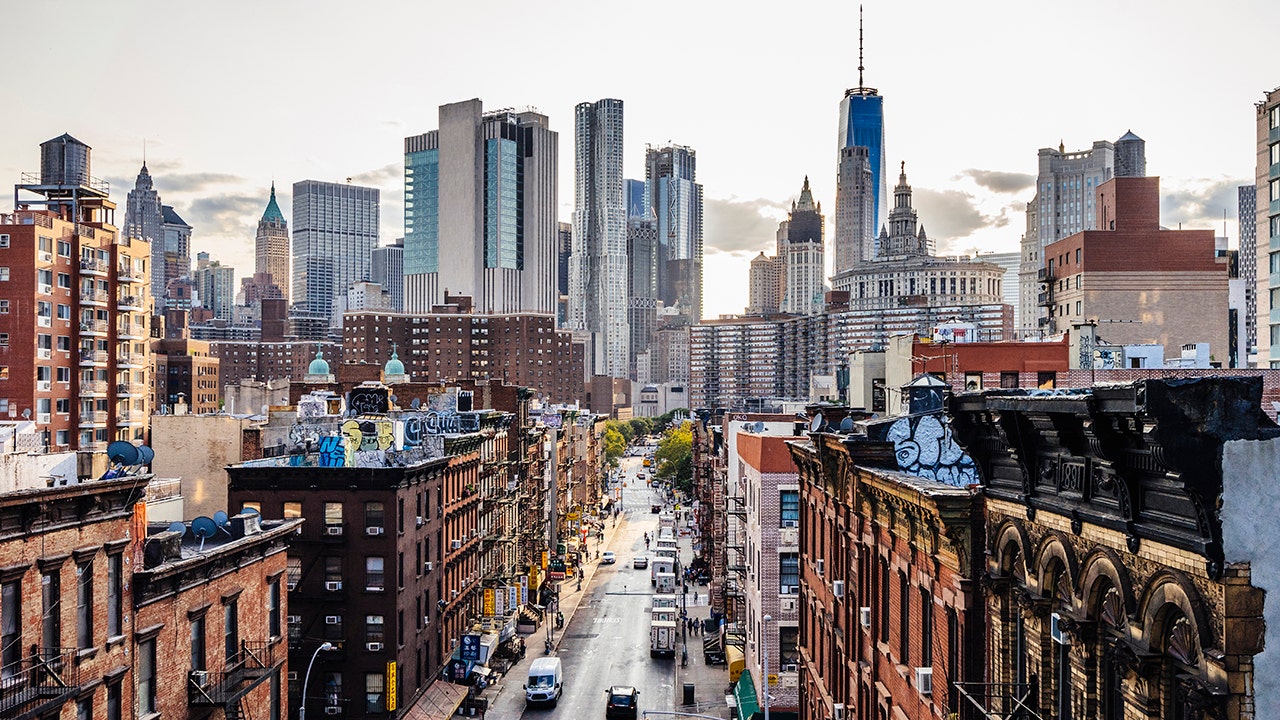 The Manhattan real estate market came to a screeching halt at the end of the first quarter as the COVID-19 pandemic caused a sharp slowdown in March after a red-hot start to the year.

Such a sudden stop has only happened twice in recent history – following the September 11, 2001, attack on the World Trade Center and the September 2008 collapse of Lehman Brothers, according to Jonathan Miller, CEO of the New York-based real estate appraisal and consulting firm Miller Samuel.

Miller says that median home prices in Manhattan saw respective peak-to-trough declines of 25 percent and 30 percent surrounding the September 11th attacks and the failure of investment bank Lehman Brothers. The majority of those drops were recovered within a year.

US GDP TO PLUMMET 34% IN SECOND QUARTER: GOLDMAN SACHS

“This time, one aspect of it is different," Miller told FOX Business. “Putting all the human tragedy aside and just looking at the housing market, after September 11th there was a September 12th, 13th, 14th, 15th. And every day that passed got further away from that demarcation line. The problem we have right now is we don't know how long this goes.”

The COVID-19 pandemic caused New York State to issue a “stay-at-home” order and to enforce social-distancing guidelines. Because real estate was deemed “non-essential,” many Manhattan buildings are not allowing showings or open houses.

The deep freeze comes as the Manhattan real-estate market was finally moving past myriad headwinds, including the SALT tax and a number of other taxes, like the mansion tax, that has been a force over the past two years. The mansion tax was a flat 1 percent surcharge on homes worth $1 million or more that was changed to a progressive tax as high as 3.9 percent on homes valued at more than $25 million.

There had been a noticeable uptick in the number of open houses and prospective buyers making offers in early 2020, giving brokers hope that an active spring selling season was on the horizon.

Helping drive demand were ultra-low mortgage rates, which were hovering around 3.5 percent for a 30-year fixed loan as tracked by Freddie Mac.

A dip in prices was another factor: The median sales price fell 1.4 percent from a year ago to $1.06 million in the first quarter, according to a report from Douglas Elliman Real Estate.

That sparked a flurry of sales activity, which propelled a 13.5 percent year-over-year surge in closings and led to an 8.4 percent drop in inventory.

“What started off as a great quarter literally came to a screeching halt with this virus,” Steven James, president and CEO of Douglas Elliman Real Estate in New York City, told FOX Business.

He said the number of contracts signed at his company rose 31 percent year-over-year in January, adding everything is now at a “huge standstill.”

While the median sales price slipped, the average sale price fell at a steeper 10.9 percent from the previous year, to $1.89 million, reflecting shifts at the high end of the market.

The full extent of the damage caused by COVID-19 is still unknown as the most recent data has a two- to three-week lag, meaning there was a minimal impact in the current numbers.