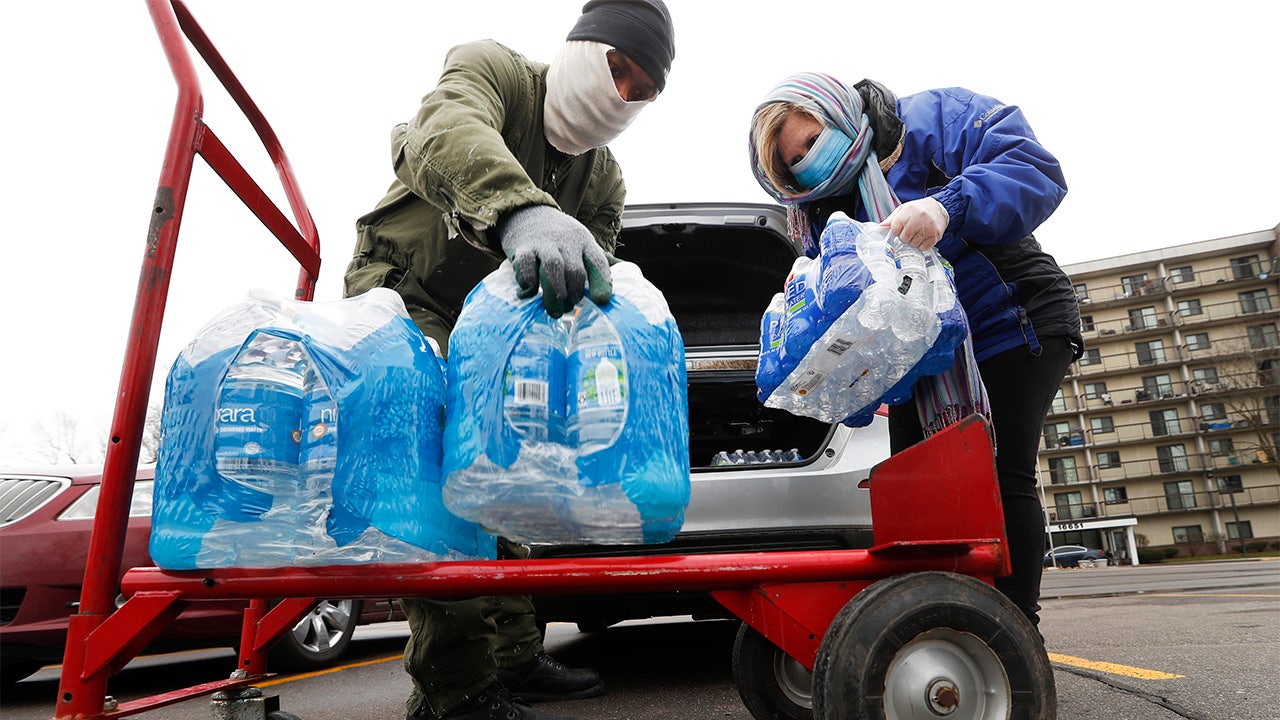 DETROIT (AP) — The advice is simple and universal: Washing your hands with soap and water is one of the most effective ways to stop the spread of the coronavirus.

But for millions of people across the country, that’s not simple at all: They lack running water in their houses due to service shut-offs prompted by overdue bills.

The Rev. Roslyn Bouier remembers when children began to show up at the Brightmoor Connection Food Pantry on Detroit’s northwest side, clutching empty pitchers. It was the summer of 2014 and the kids were parched. But their thirst didn't come from playing outside — they had no water at home. 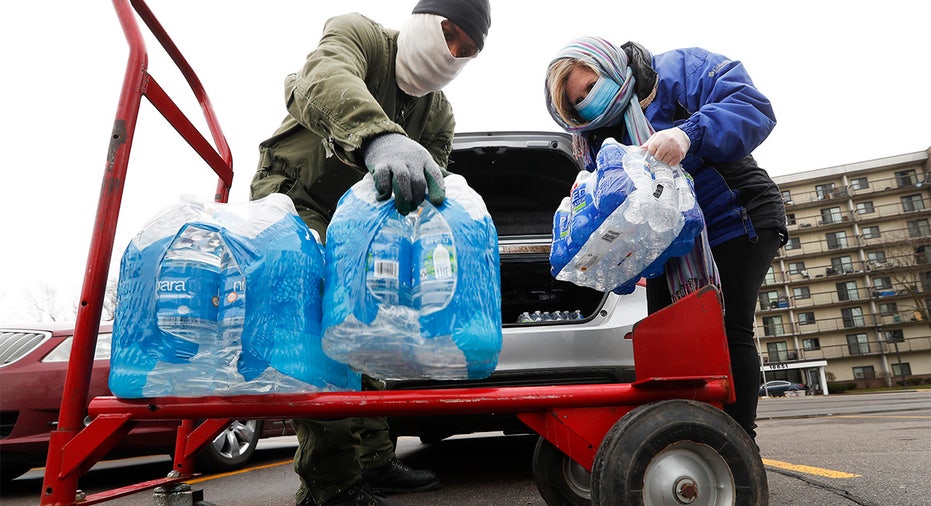 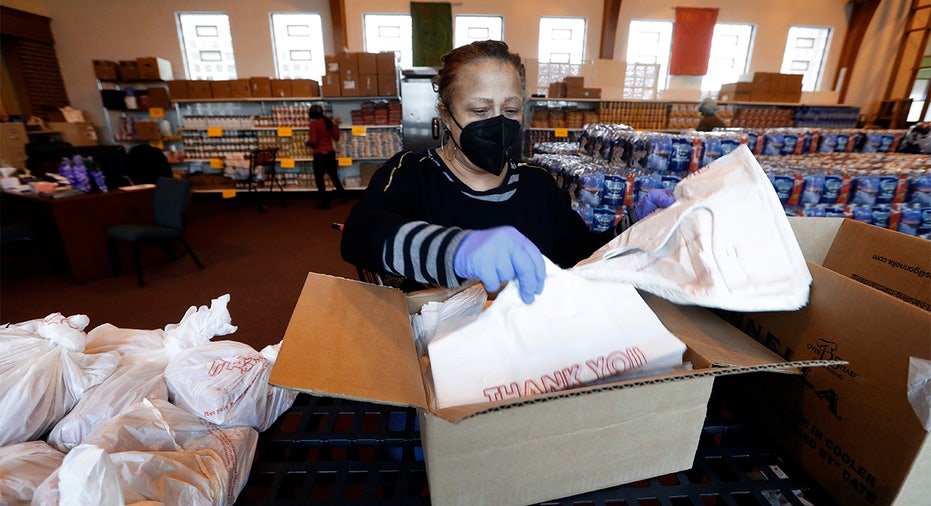 That was the year the city of Detroit started its water shutoff campaign, turning off water to 28,500 residential accounts behind on payments.

Through the end of 2019, the city has recorded about 127,500 total service cutoffs, according to the water department, though that figure includes households where the water was turned off repeatedly.

“In this pandemic, it’s the people who are living on the margins of society and the poorest of our society that's being the most adversely impacted,” Bouier said.

Michigan has the sixth-highest number of coronavirus cases in the country, according to Johns Hopkins University’s data tracking of the disease. The state has reported 2,856 and 60 deaths so far. Detroit leads Michigan with 919 cases and 22 deaths, according to the city's health department.

We the People of Detroit co-founder Monica Lewis-Patrick said her organization, which has campaigned for years to end shut-offs, has struggled to find bottled water to deliver to families without service because supplies are being hoarded.

"Water is locked down," Lewis-Patrick said. “Many people have been texting and emailing me to say 'What else can we do?' The world is crying out that there must be a turning on of the water.”

Water advocates and elected officials argue that it’s impossible for families to follow the hygienic coronavirus standards outlined by the Centers for Disease Control and Prevention and the World Health Organization when they don’t have water in their homes. And members of Congress and national organizations are pushing for federal legislation and other action to protect residents facing high water bills and shut-offs amid the crisis.

Michigan U.S. Congress members Rashida Tlaib, Debbie Dingell and Dan Kildee also sent a letter to the congressional leadership Wednesday, signed by 80 members, urging them to take action, citing Detroit’s water shut-offs and the longstanding water crisis in nearby Flint, where lead leached into the municipal water supply. The allocation was not part of Friday's approved $2.2 trillion rescue package, so Tlaib is pushing for another bill to address shut-offs.

A White House official said Thursday that Wayne County, which includes Detroit, could be the next hotspot for COVID-19.

The coronavirus has sickened more than 566,000 people and killed more than 25,000 people worldwide. For most people, it causes mild or moderate symptoms, such as fever and cough that clear up in two to three weeks. But for some, especially older adults and people with existing health problems, it can cause more severe illness, including pneumonia.

Water shut-offs have been recorded in all 50 states, according to Mary Grant, director of the Food & Water Action’s Public Water for All Campaign.

Grant said her organization has tracked 417 municipalities and states that have issued moratoriums on the shut-offs, including the state of New York, where Gov. Andrew Cuomo announced the suspension of utility shut-offs March 13. The group estimates the moratoriums protect more than 142 million Americans from disconnections — or more than 40% of the U.S. population.

In Alaska, the Rural Utility Collaborative advisory committee, which manages water systems for 26 communities, just voted to immediately reconnect running water to homes cut off for not paying their bills.

“Hand-washing is the No. 1 prevention for spreading any illness,” said Francine Moreno, the utility's senior program manager.

Grant's group is calling for the moratoriums to be extended nationwide.

“At a time when we’re hearing the federal government, the CDC, our governors say ‘wash your hands,’ for people who have lost their water service because they can’t afford the water bill, they can’t take these measures," she said.

A team of independent experts affiliated with the United Nations Human Rights Council has called on governments around the world to end water cuts.

US WILL BE REOPENED FROM CORONAVIRUS SHUTDOWN RESPONSIBLY, MIKE PENCE SAYS

"The global struggle against the pandemic has little chance to succeed if personal hygiene, the main measure to prevent contagion, is unavailable to the 2.2 billion persons who have no access to safe water services,” the experts said.

While many U.S. communities have announced moratoriums, the city of Detroit is one of the few to have a specific plan to turn on the water, announcing a program March 9 that would restore service for $25 a month.

The city has restored water to more than 840 homes, with about 190 work orders still pending, but does not know the exact number of homes without service, the water department said. An official said the city plans to reach out to 5,400 houses “out of abundance of caution.”

Detroit Mayor Mike Duggan said Monday that he hopes service will be restored to all within the next two weeks, with crews working around the clock.

But some question the plan's ambitious timeline and stipulations. After the COVID-19 outbreak passes, residents will be responsible for the full bill and any past due amounts incurred, though the city says individuals would be enrolled in plans to keep “water service affordable” afterward.

Nick Leonard, the executive director of the Great Lakes Environmental Law Center, said the center has asked the Michigan Department of Human Services to immediately require all the state's public water systems to turn water on, provide service at a flat rate no greater than $25 a month as long as COVID-19 is classified as a pandemic, and prevent them from assessing or collecting deferred payments for service provided during the crisis.

“At this point, it's a bigger public health question now than it's ever been," Leonard said.

A spokesperson said the state is reviewing the most recent request and “believes that water is critical to ensuring the public health and safety of Michiganders.”

Already, an additional 150 accounts in Detroit have been unable to be restored because the homes need significant plumbing repairs.

Of U.S. cities larger than 100,000 households, San Francisco has the highest number without plumbing facilities with 2.5%, followed by Detroit with 1.1%, according to the Census Bureau’s American Community Survey.

California grassroots organizer Crystal Huang noted that even though the Bay Area is one of the richest regions in the U.S. "a lot of people, especially service workers, still have to work two or three jobs and are still barely able to survive.”

“I think it's a very common reality across the country,” she said.

In an interview with The Associated Press, Tlaib, the Michigan congresswomen, echoed that the problem stretches beyond Detroit.

“These are front-line communities and neighborhoods that haven’t actually recovered since the Great Recession," she said. "And now with the coronavirus, they are going to be hurt the most if we don’t do something very aggressively and with a sense of urgency.”