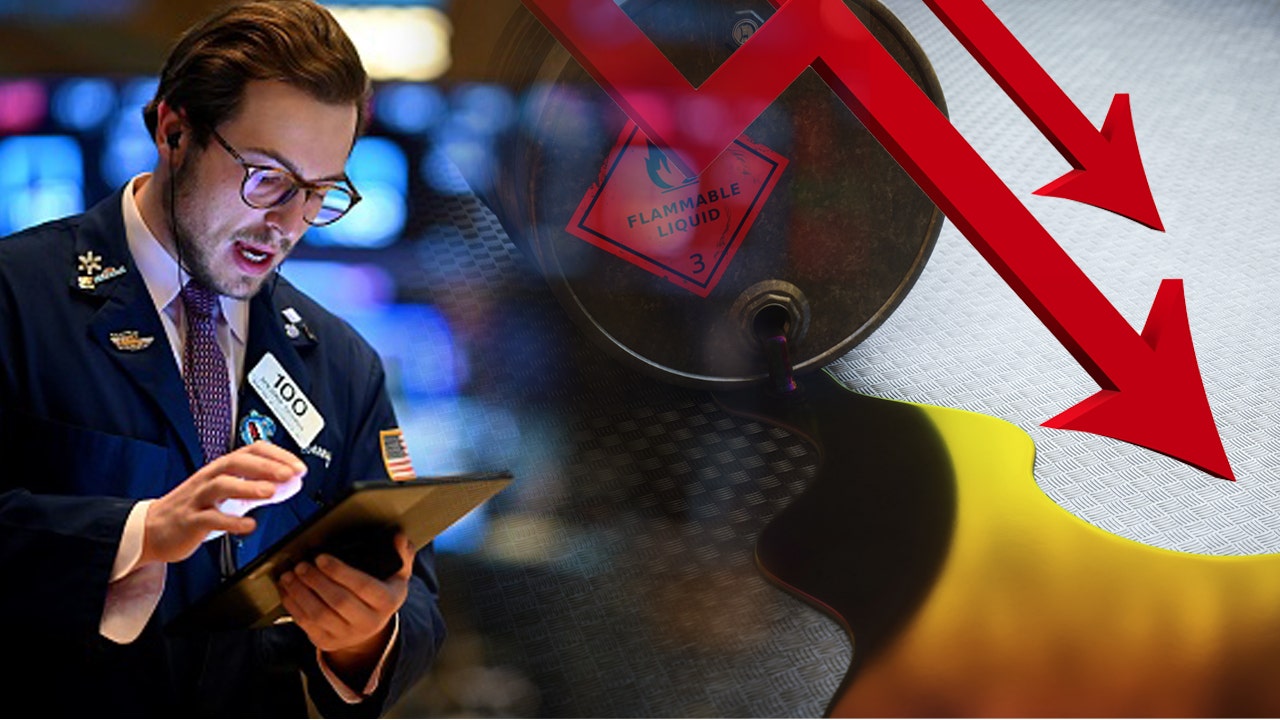 Oil prices saw a historic drop in the first quarter of 2020, and it's only going to get worse.

West Texas Intermediate crude oil, the U.S. benchmark, plunged 67 percent over the past three months to settle at $20.48. Brent crude, the international benchmark, has tumbled 65 percent to $22.74 so far. Both drops are the biggest quarterly declines on record.

“We've got all the ingredients for a price crash,” Stephen Schork, founder and editor of the daily oil subscription newsletter The Schork Report, told FOX Business, adding that oil “could lose another 50 percent” and possibly fall below zero.

The COVID-19 pandemic has decimated demand, with countries around the world issuing “shelter-in-place” orders that curbed consumption of gasoline and jet fuel. At the same time, a price war broke out between Saudi Arabia and Russia, two of the world’s largest producers. 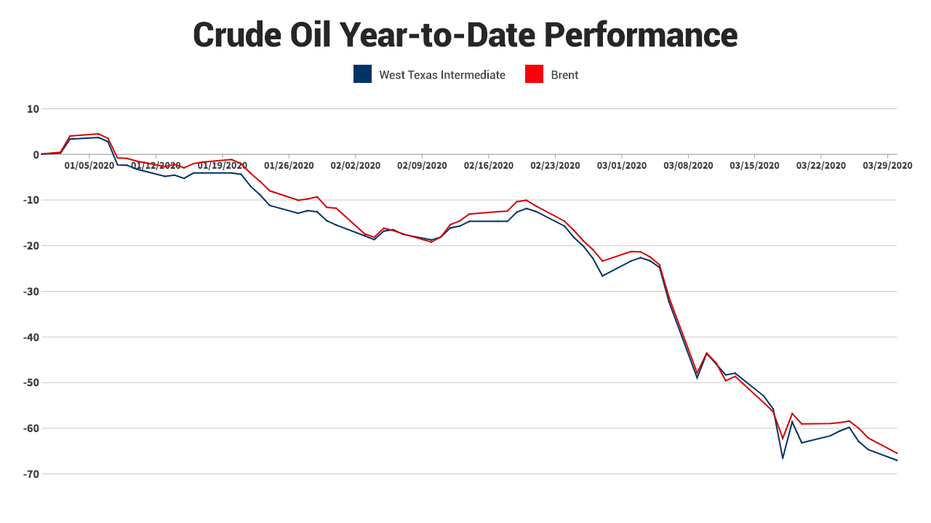 He estimates total “demand destruction is now over 15 million barrels a day.” Others, Lipow says, are predicting double that in April.

The supply glut, which was a problem even before the pandemic, has been exacerbated by OPEC and non-OPEC producers pumping out an additional 3 million to 4 million barrels per day amid Russia's struggle with the Saudis.

“Russia's move against Saudi Arabia, or decision not to cut, is really a decision based on the fact that they were going to lose market share to the United States,” Schork said.

Since oil prices are still expected to rise over time, all available storage space will be filled with the record output from the U.S., Saudi Arabia and Russia, with owners hoping for a better price later. 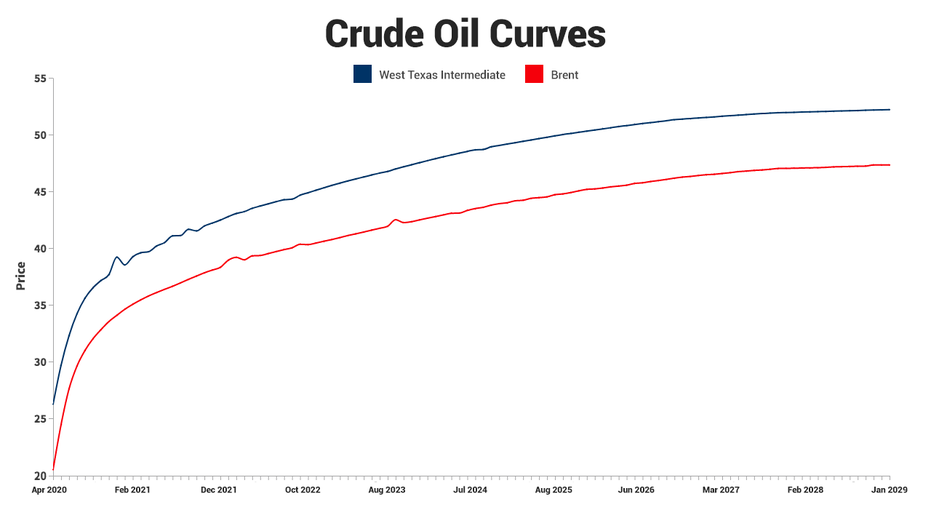 “In April 1986, $9.75 a barrel was the all-time low,” added Schork, who wouldn't be surprised to see prices for Brent crude and WTI crude fall below $10 a barrel by the summer.

He says U.S. crude prices could fall below zero, depending on how quickly the storage capacity in Cushing, Oklahoma, the delivery hub for NYMEX crude oil futures, fills up.

Looking ahead, Lipow expects U.S. shale production to decrease by “several million barrels a day over the next few years” due to low oil prices, which may result in America losing its crown as the No. 1 producer.

Schork was a bit more optimistic, suggesting that while oil prices have entered the ”danger zone,” producers are hedged so they are selling oil at $45, $50, $55 a barrel.

“There’s certainly going to be a fair share of consolidation in the U.S. shale industry with companies with weaker balance sheets being acquired by the behemoths,” Shork said.

“If I'm Shell, if I'm BP, if I'm Exxon Mobil, I've got my shopping list of which acreage I want to buy. And I'm going to be buying over the next year and a half,” he added. “So you're going to come out of this with a U.S. shale sector that is leaner, that is in the control of much larger corporations.”