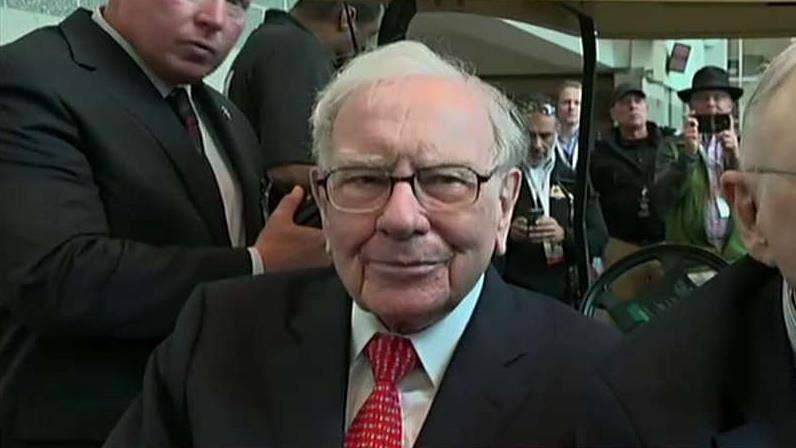 The coronavirus pandemic may have erased around $64 billion of value from Warren Buffett's equity portfolio at Berkshire Hathaway Inc setting up the conglomerate for one of the largest quarterly losses ever by an American company.

"The headline number will be ugly," said James Shanahan, an Edward Jones & Co analyst with a "buy" rating on Berkshire, referring to net results.

Berkshire's portfolio of U.S.-listed stocks, including Kraft Heinz Co, may have shrunk by 26% in the first quarter if Berkshire did no buying and selling, according to Refinitiv data and regulatory filings.

By contrast, the Standard & Poor's 500 fell just 20%, and Berkshire's own stock fell about the same.

Buffett urges investors to think long-term, focusing on Berkshire's operating results and the intrinsic value of its stock holdings, some of which it has owned for decades.

In his Feb. 22 shareholder letter, Buffett said he expects the stocks to deliver "major gains," albeit irregularly.

Still, the declines reflect challenges the pandemic poses even for Buffett, the world's fourth-richest person according to Forbes magazine and among its most esteemed investors.

They also followed Buffett's prediction in a Feb. 24 television interview, five days after the S&P 500 set an all-time high, that Berkshire would outperform in down markets, and over the long term perform "in a very, very safe manner."

The 89-year-old Buffett had prostate cancer in 2012, and last month began working at his Omaha, Nebraska, home rather than Berkshire's office two miles away. He did not immediately respond to a request for comment sent to his assistant.

Since 2018, an accounting rule has required Berkshire to report paper gains and losses from its stocks with earnings, resulting in huge gyrations.

After taxes are factored in, Berkshire's first-quarter net loss could rival quarterly losses of $44.9 billion posted by AOL Time Warner in 2002, or $42.5 billion by General Motors in 2007.

Berkshire's loss could grow further if it wrote down its 26.6 percent Kraft Heinz stake, which some analysts call overdue. But it would likely fall short of American International Group Inc's $61.7 billion loss in the fourth quarter of 2008.

Much of the weakness likely came in financials, where the value of Berkshire's disclosed stakes in Bank of America Corp, Wells Fargo & Co and American Express Co fell about $27 billion in the quarter. Berkshire's stake in Apple Inc, its largest holding, may have fallen nearly $9 billion. Another $5 billion may have disappeared from stakes in the four biggest U.S. carriers: American Airlines Group Inc, Delta Air Lines Inc, Southwest Airlines Co and United Airlines Holdings Inc. And Occidental Petroleum Co sank 72 percent, stung by plunging oil prices and leverage after it bought Anadarko Petroleum Corp, which Berkshire helped fund with $10 billion of preferred stock throwing off $800 million of annual dividends.

Quarterly results are expected around May 2 when Berkshire holds its annual meeting, though the pandemic forced Buffett to cancel the surrounding "Woodstock for Capitalists," a weekend of events that normally draw more than 40,000 people to Omaha.

At least four Berkshire-owned stocks rose last quarter. Perhaps unsurprisingly, all are associated with consumer staples or healthcare, sectors that many investors expect to outperform in down markets.

Another grocer in Berkshire's portfolio, Costco Wholesale Corp, fell just 3 percent. It remains unclear how the pandemic might let Buffett whittle Berkshire's $128 billion cash pile. Buffett prefers buying whole companies to stocks, but has not made an "elephant" sized acquisition since 2016. He could also offer lifelines to companies, as he did during the 2008-2009 financial crisis for General Electric Co, Goldman Sachs Group Inc and even Harley-Davidson Inc. Shanahan said Buffett could find many new places to invest.

"I would be super-disappointed if he didn't put tens of billions of dollars of his capital to work in the first half of this year," he said.