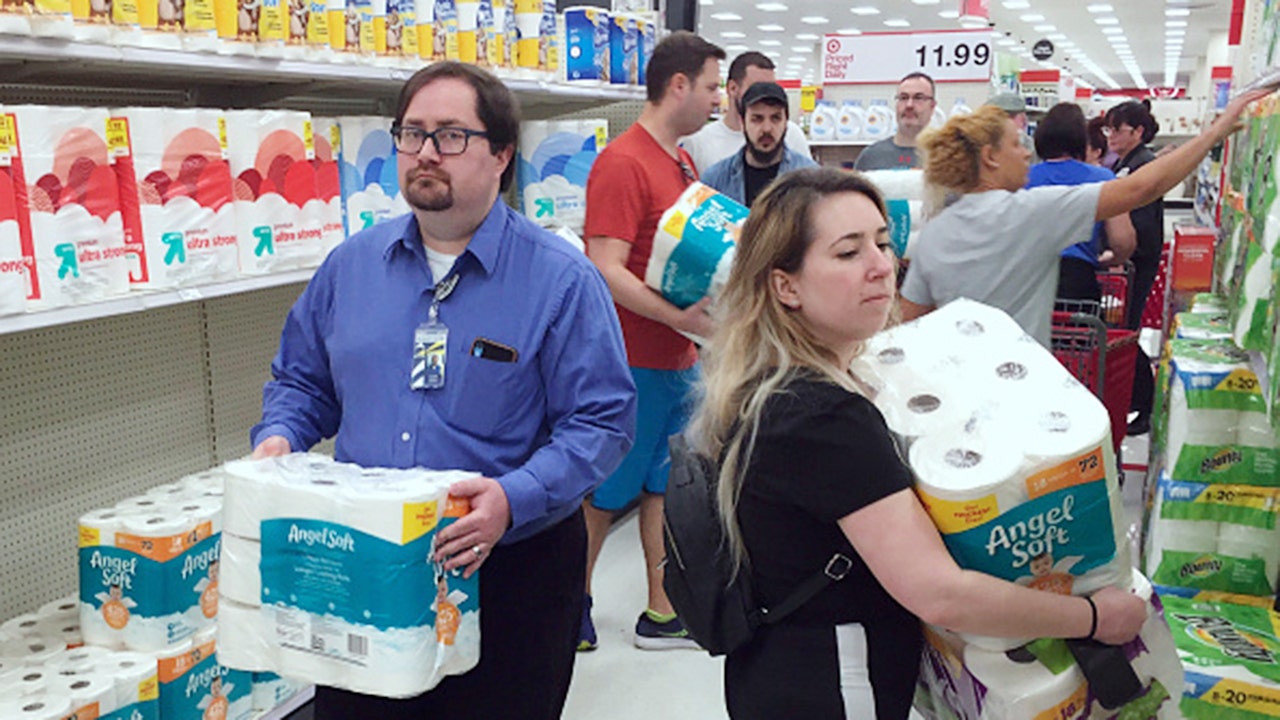 Target Corp. said sales of food and household goods are surging because of the coronavirus pandemic, but the retailer may report lower-than-expected profits as demand falls for high-margin goods such as apparel and it becomes more expensive to staff and clean stores.

Comparable sales, those from stores and digital channels operating for at least 12 months, are up more than 20% thus far in March compared with the same period last year. Sales of household essentials, food and beverages have risen more than 50% during that time, while sales of apparel and accessories have declined more than 20%.

Target, Walmart Inc., Amazon.com Inc. and other retailers selling groceries and cleaning products have struggled to restock stores and handle the surge as people race to stock up as the virus spreads. Walmart and Amazon have announced plans to hire 250,000 temporary workers.

As schools around the country close and many people work from home, sales of home-office supplies and children's entertainment items have risen, but "higher-margin discretionary categories declined dramatically, " Target Chief Executive Brian Cornell said on a call with reporters. If that trend continues, gross profit margin will be lower than expected for the current quarter, he said.

Target is also spending more than expected on worker pay and benefits because of the spike in product volume moving through its supply chain and the need for more-rigorous cleaning routines, the company said. The company expects those changes to cost more than $300 million during the current quarter. 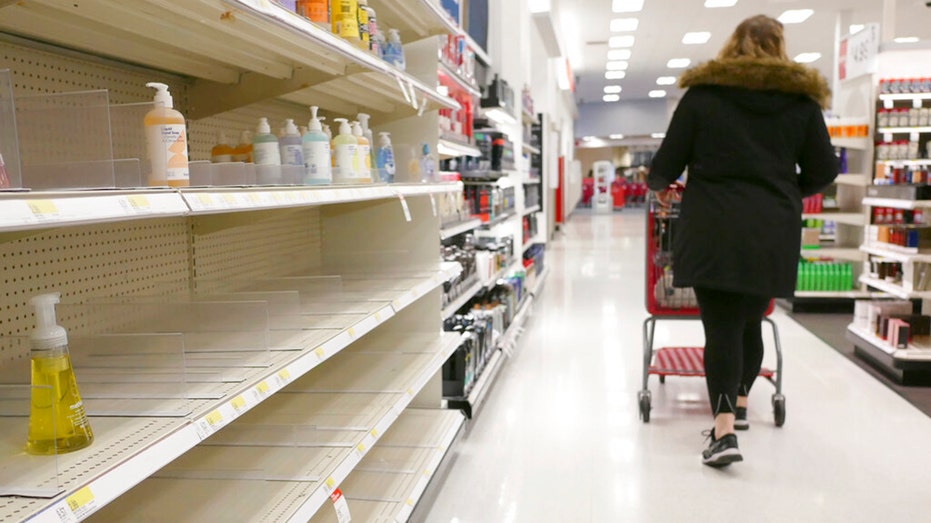 Target withdrew financial guidance for the quarter and full year and will suspend share repurchases, the company said.

Shopper behavior and economic pressures are fluid and unpredictable, said Mr. Cornell. Target is surveying shoppers to gauge how the new-coronavirus pandemic may affect behavior longer term, he said.

"Usually a recession is something that builds gradually over a period of time. This has happened virtually overnight," said Mr. Cornell. "It's safe to say sitting here today that America is largely closed for business."

Dozens of retailers from Macy's Inc. to Dick's Sporting Goods Inc. have closed thousands of stores as the number of U.S. infections increased and health officials advised people to limit travel. The number of coronavirus cases in the U.S. exceeds more than 50,000, according to Johns Hopkins University.

THESE COMPANIES ARE STILL HIRING

Executives at Nike Inc., which closed its U.S. stores March 16, said online sales in the U.S. have surged for the sportswear brand in recent days.

Target said Wednesday that it will beef up those efforts, cleaning self-checkout areas after each shopper and placing signs on the floor and other areas to remind shoppers to stay apart from each other. Starting Thursday, Target will also temporarily stop accepting returns and won't sell reusable bags or let store workers load shoppers' reusable bags, Mr. Cornell said.

Walmart said Tuesday that it will add sneeze guards to checkout areas in the coming weeks to protect cashiers, spray down carts with sanitizing chemicals and place floor decals near entrances and registers, "making it easier for customers to judge the proper social distance from each other."

Target will also pull back on its previous plans to remodel around 300 stores this year, instead completing the 130 already under way and putting off the rest until next year. The retailer plans to open 15 to 20 new small-format stores this year instead of the 36 previously planned, moving those projects to next year.

"We are prioritizing the work that's in front of us to support our team, store operations and supply chain," said Mr. Cornell.