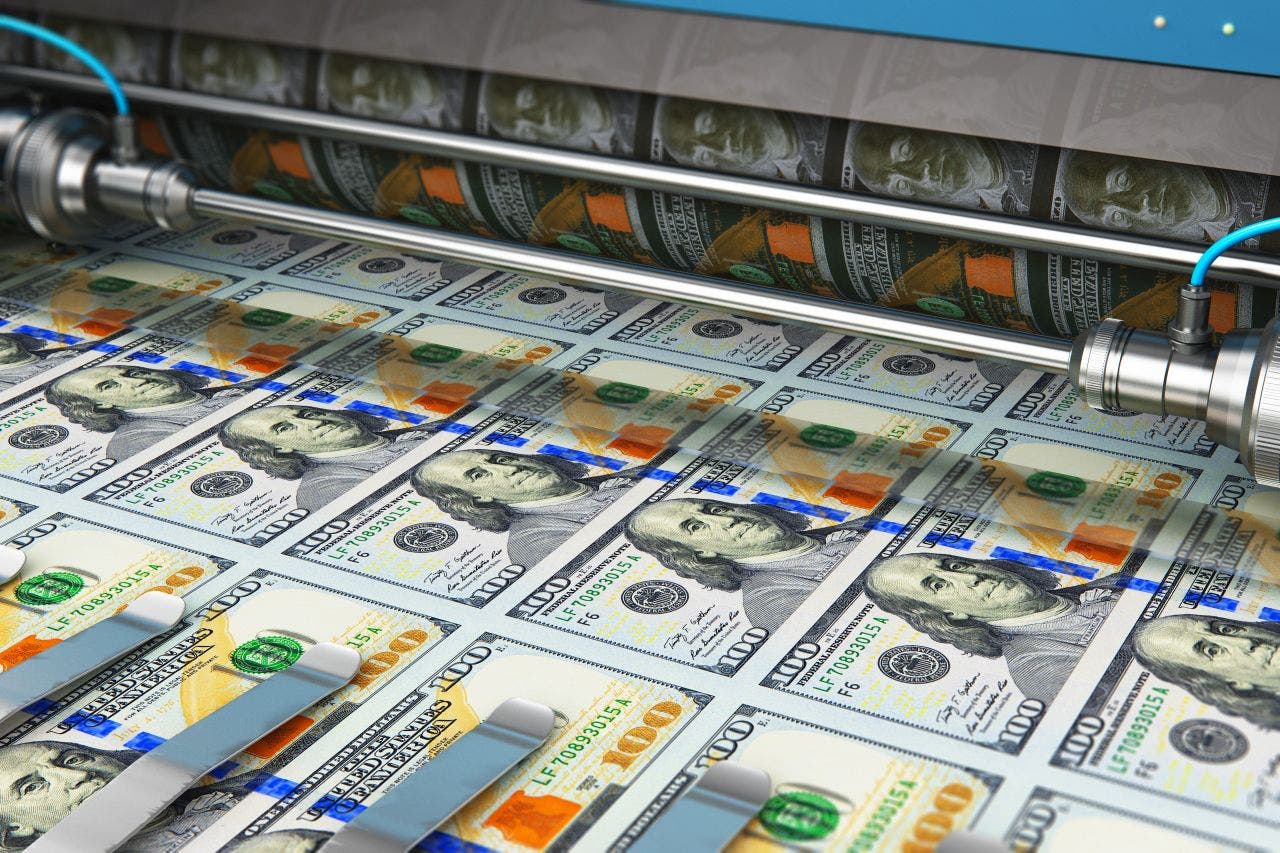 The U.S. dollar’s sharpest weekly decline in over a decade won’t be enough to derail the surging greenback if history is any guide.

The U.S. dollar index plunged 3.9 percent last week after the Federal Reserve announced unlimited asset purchases and Congress passed a $2 trillion aid package, the largest in history, to buffer the economy from fallout related to the COVID-19 pandemic.

Still, the index has gained 2.8 percent this year.

The U.S. dollar’s appreciation is “unprecedented this early in a recession,” wrote Daniel Hui, global executive director of currency-exchange strategy at JPMorgan Chase & Co. “But that doesn’t necessarily imply that FX markets are overreacting, certainly not as the pace and spread of this global recession itself is unprecedented.”

The dollar, which is the world’s reserve currency, has benefitted this year as the economic turmoil caused by the COVID-19 pandemic sparked a flight to the currency, widely regarded as a safe store of value. The greenback’s surge caused dislocations elsewhere in the global financial system.

The world’s major central banks took coordinated action on March 20 to ensure there was enough liquidity in the dollar in global markets. That week, the currency surged to its biggest weekly gain since the financial crisis. 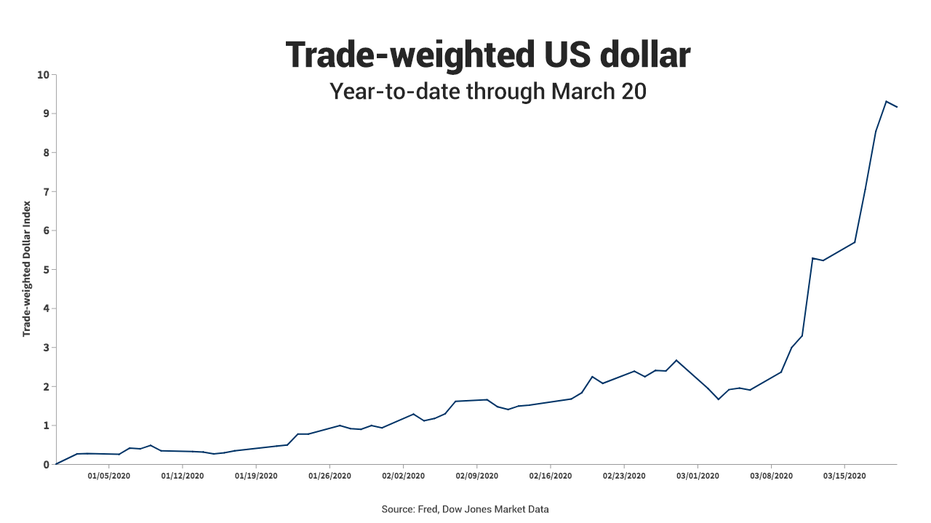 While the central bank action eases some of the upward pressure on the greenback, the U.S. still has higher interest rates than most of the developed world, which supports the currency relative to others, Hui says.

A strengthening dollar puts pressure on non-U.S. corporate bonds that have a total $12 trillion of liabilities priced in dollars.

Paul Ciana, chief global fixed-income and currencies technical strategist and director of research at Bank of America, says the technical backdrop for the dollar suggests the currency has more room to run.

The trade-weighted dollar “broke out this year,” confirming a bullish chart pattern known as a cup and handle, he said. Ciana thinks the index, which is currently in the low 120s, will climb into the low 130s before trending into the 150s.

The WSJ Dollar Index, which is trade-weighted, has gained over 4.53 percent this quarter, as tracked by the Dow Jones Market Data Group.

While Hui did not give a U.S. dollar target, he sees “further upside pressure on the U.S. dollar, irrespective of the relaxation of shorter-term funding tensions."