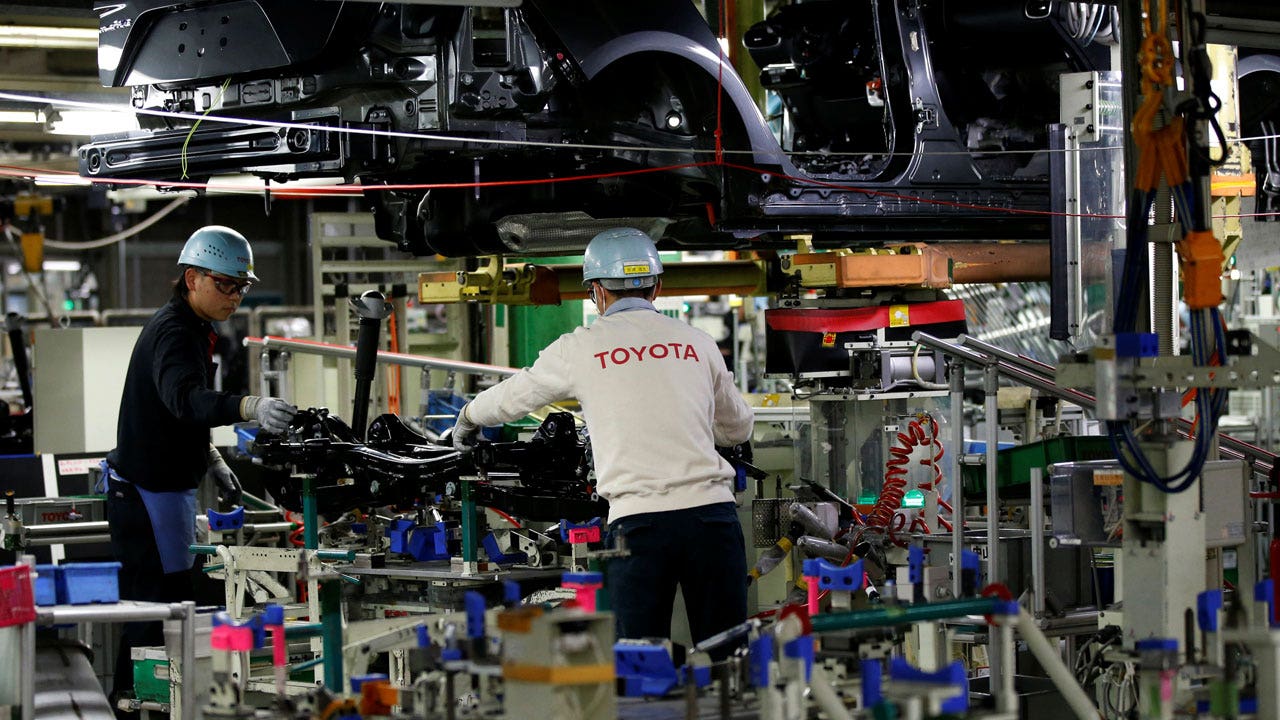 Japan's business confidence soured to levels not seen since 2013, a closely watched survey showed, as the coronavirus pandemic hit sectors from hotels to carmakers and pushed the economy closer to recession.

The worsening corporate morale underscores the challenge Prime Minister Shinzo Abe faces in ensuring the pandemic does not erase the benefits of his "Abenomics" fiscal and monetary stimulus, deployed seven years ago to revive a stagnant economy.

The Bank of Japan's quarterly "tankan" survey on Wednesday showed big manufacturers' sentiment turned pessimistic for the first time in seven years as supply chain disruptions caused by the outbreak hit sectors across the board.

Analysts warn firms are yet to fully factor in the coming business hit from the pandemic and will likely slash spending plans in months ahead.

"Given there's so much uncertainty, companies are probably setting tentative capital spending plans now. A downward revision to their expenditure plans is inevitable," he said.

The headline index measuring big manufacturers' sentiment worsened to minus 8 in March from zero in December, the tankan showed, compared with a median market forecast of minus 10.

It was the first time in seven years the big manufacturers' index turned negative, with slumping global demand pushing sentiment among big carmakers to the lowest level since 2011.

Big non-manufacturers' sentiment index worsened to plus 8 from plus 20 in December, the survey showed. Morale among big hotels fell to a 16-year low as the pandemic led to a plunge in overseas and domestic tourism.

Both manufacturers and non-manufacturers expect business conditions to worsen further three months ahead, the survey showed.

For now, big firms expect to increase capital expenditure by 1.8% in the fiscal year that began April, compared with a median estimate of a 1.1% decrease.

However, companies may revise down their spending plans in the next tankan survey in June depending on the extent of economic damage caused by the pandemic, a BOJ official told a briefing.

About 70% of firms surveyed in the tankan turned in their replies by March 11, before lockdowns of cities intensified across the globe.

The pandemic has hit an economy that had already suffered its fastest contraction in 5-1/2 years in the December quarter due to last year's sales tax hike and the U.S.-China trade war.

Many analysts expect the world's third-largest economy to contract in January-March and the current quarters, keeping pressure on policymakers to deploy huge stimulus programs.

Abe has pledged a huge spending package that would be bigger than one launched during the global financial crisis to cushion the outbreak's hit to growth.

The BOJ also stands ready to ramp up stimulus for the second straight month in April to combat the widening damage from the pandemic, sources have told Reuters.

The tankan survey will be among key data the BOJ will analyze in deciding policy at its April 27-28 rate review. (Reporting by Tetsushi Kajimoto; Editing by Sam Holmes and Jane Wardell)