Sen. Marco Rubio on Tuesday accused the Chinese government of hiding key information about the novel coronavirus — including falsifying data on case numbers — while blaming the country's lack of transparency for leading to a deadly global pandemic.

The Florida Republican and China hawk said that rather than take the necessary steps to alert the world to COVID-19, the disease caused by the coronavirus, China withheld pivotal information, squandering time that could have been used to mitigate the spread of the infection. 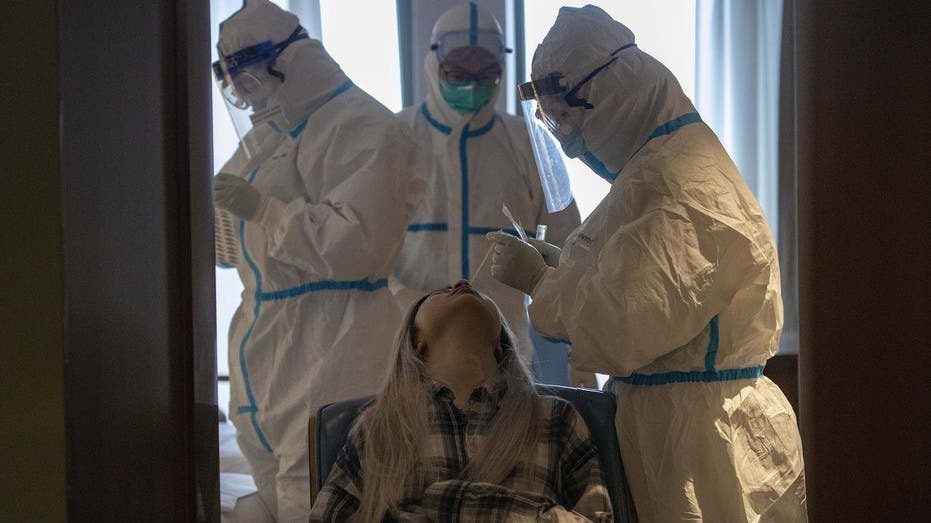 A woman takes a COVID-19 test at a quarantine hotel in Wuhan in central China’s Hubei province on Tuesday. (AP Photo/Ng Han Guan)

Rubio continued: "It is my opinion based on the numbers I have seen from open sources and other places that there were hundreds, if not thousands, of deaths early in this crisis that they didn’t even report as COViD-19 deaths. It took them weeks to even publicly acknowledge that this was a disease that could be transmitted person to person."

The Chinese government has been widely criticized for its initial response to the virus and is frequently attacked by President Trump. The central leadership has tried to shift blame to local authorities, including for censuring doctors who tried to warn the public about the disease, The New York Times reported. Health authorities in the country first learned about the outbreak after unknown whistle-blowers leaked two internal documents online.

China also excluded more than 1,500 people who were infected with the virus but haven't shown symptoms from its national tally of confirmed cases, according to a new Wall Street Journal report. Scientists don't have a consensus of the impact of asymptomatic cases.

A recent report, whose authors include an expert from Wuhan's municipal Center for Disease Control and Prevention, found that if China had taken aggressive action just a week earlier in mid-January, the number of infections could have been reduced by two-thirds.

China currently has the fourth-highest number of cases in the world, with 82,276 and 3,309 deaths, according to data published by Johns Hopkins University. The U.S., with 164,719 cases and 3,170 deaths, has the most in the world. Globally, the number of confirmed cases of the virus has topped 800,000 across 178 countries and regions.