On Wall Street, some optimism penetrates the coronavirus uncertainty Stocks rallied this week as Washington acted to provide $2.2 trillion of relief to an economy shocked by the coronavirus outbreak, leaving some on Wall Street cautiously optimistic that the panicky selling that had gripped the market earlier may have come to an end.

Even after a loss on Friday, the S&P 500 had its best weekly percentage gain since March 2009. The Dow Jones Industrial Average posted its biggest weekly rally since 1938. The gains came after two brutal weeks that conjured memories of the market’s sell-off in 2008 as the government and the Federal Reserve scrambled to contain the financial crisis.

“The takeaway from this week is the initial down phase has probably run its course,” said Willie Delwiche, investment strategist at Baird. “Investors can get out of the duck-and-cover mode and start to figure out what they need to do. But it doesn't mean that we've gotten an all-clear signal.”

The S&P 500 remains 25% below the record highs it set in February, however, after nearly relentless selling earlier this month. Strategists like Delwiche know the outlook is still uncertain, at least until more progress can be made fighting the pandemic and the number of new cases level off and start dropping. This week the U.S. passed China as the country with the most virus cases and the numbers continue to accelerate. 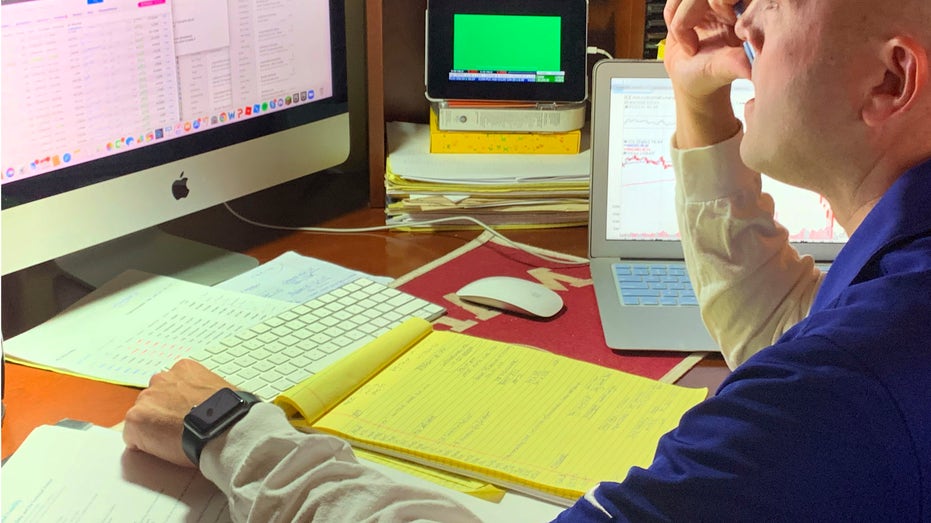 A lot will depend on how badly the coronavirus outbreak stalled the U.S. economy. The government reported a historic spike in applications for unemployment benefits this week and more grim numbers are expected in the weeks ahead. Wall Street has been slashing its estimates for company profits even as the companies themselves say little publicly about the impact on their bottom lines.

“The key at this point is getting a handle on the spread of the virus so that then we can start to think about what (economic) growth looks like for the remainder of the year,” Delwiche said. Some economists are predicting the U.S. economy will contract as much as an astonishing 30% in the second quarter as the full impact of business and factory closures, layoffs and the dramatic halt to Americans’ daily routine takes effect.

On Friday, the S&P 500 fell 3.4%, erasing some of the rally from the previous three days. The index still finished with a gain of 10.3% for the week. The Dow closed with a weekly gain of 12.8%, led by a rebound in shares of Boeing.

The Chicago-based airplane maker was one of the blue-chip companies investors rushed to buy this week after the stock has fallen to a nearly seven-year low. It gained 70.5%, yet is still down 41% in March. 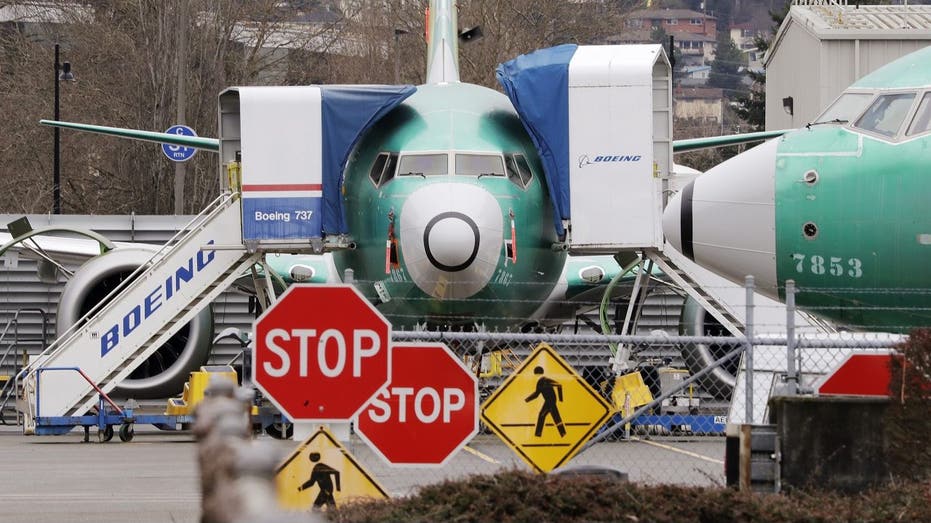 Besides the chance to buy companies seen as oversold, the overall downturn in the markets in recent weeks is creating good opportunities for investors to buy into sectors of the market that will be “prevalent” for the next decade, said Solita Marcelli, deputy chief investment officer, Americas, at UBS Global Wealth Management. That includes e-commerce and technology companies that focus on things like gene therapies.

That said, Marcelli cautioned that the next few weeks will be challenging for investors, who should refrain from any drastic action.

“Investors have to keep bracing for volatility,” she said. “This is not a time to make a complete portfolio makeover.”

Much of this week's rally was driven by enthusiasm over a historic $2.2 trillion financial rescue package that was signed into law by President Donald Trump Friday. It includes direct payments to households, aid to hard-hit industries like airlines and support for small businesses. 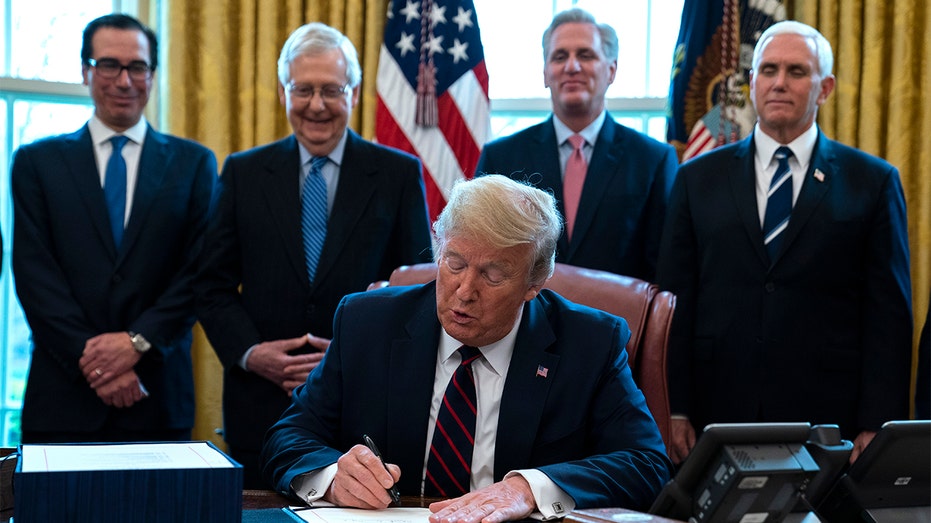 The push to deliver financial relief took on more urgency as the outbreak widened. The number of cases in the U.S. has surpassed those in China and Italy, climbing to more than 104,000 known cases, according to Johns Hopkins University. The worldwide total has topped 607,000, and the death toll has climbed to more than 28,000, while more than 130,000 have recovered.

For most people, the new coronavirus causes mild or moderate symptoms, such as fever and cough that clear up in two to three weeks. For some, especially older adults and people with existing health problems, it can cause more severe illness, including pneumonia, or death.

Investors have yet to get a clear picture of exactly how badly the crisis has hurt corporate profits, the ultimate driver of stock prices. Many companies have simply withdrawn the profit forecasts they issued earlier in the year.

At the start of this year, analysts expected S&P 500 companies' earnings would grow 4.4% in the January-March quarter. They now expect earnings will be down 4.1%, according to FactSet. That may not fully reflect the size of the potential earnings declines this year, with only 15% of analysts having adjusted their estimates within the past couple of weeks, according to a report by Credit Suisse.

Earnings for airlines, which have been hit by lost bookings as businesses and individuals canceled travel plans to minimize their risk of contracting the virus, are expected to be terrible. Wall Street’s estimate for Delta went from an expected 2.2% decline to a 108% plunge.

Darden Restaurants, parent of Olive Garden and Longhorn Steakhouse, rose 43% this week, but is still down 43% for the month and 49% for the year. Analysts now expect the company to lose $1.46 per share in the fiscal fourth quarter ending in May, whereas back in February they expected a profit of $2.01, according to FactSet. Energy markets are also feeling the impact of the virus outbreak. The price of crude oil slid 4.8% to close at $21.51 a barrel. Goldman Sachs has forecast that it will fall well below $20 a barrel in the next two months because storage will be filled to the brim and wells will have to be shut in.

That's sure to cause even more trouble for energy companies, which are lagging far behind the rest of the market. The price of oil has plunged recently, in part due to a price war that broke out early this month between Saudi Arabia and Russia. The energy sector of the S&P 500 has lost half its value this year.

Shares of Exxon Mobil are down 47% so far this year. Shares of Continental Resources, which drills for oil in North Dakota and Oklahoma, have dropped 75%.