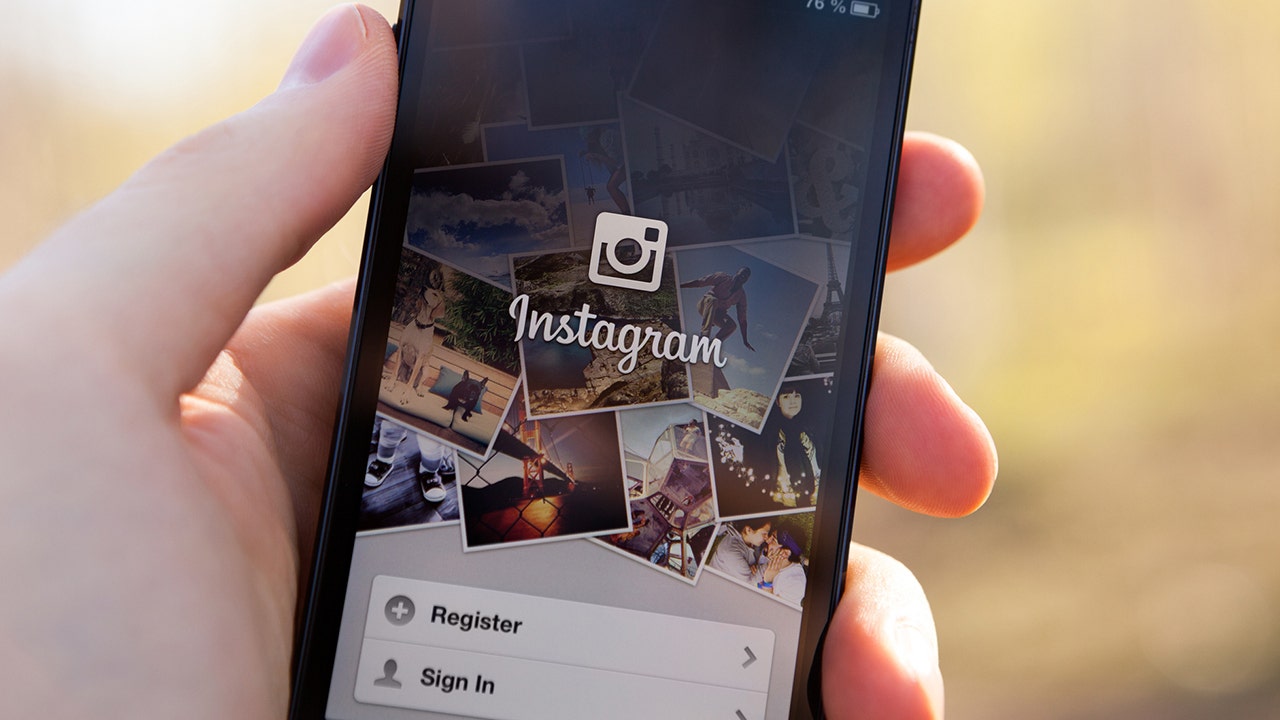 American workers took a hard hit after the 2008 recession, but a wave of new startups emerged from the financial downturn.

Amid a coronavirus shutdown that pushed 3.28 million people to file unemployment claims in one week, many are expecting the world to be forever changed after the pandemic, which may mean more opportunities for entrepreneurs with ideas for tools and services that can help people adapt to new trends. 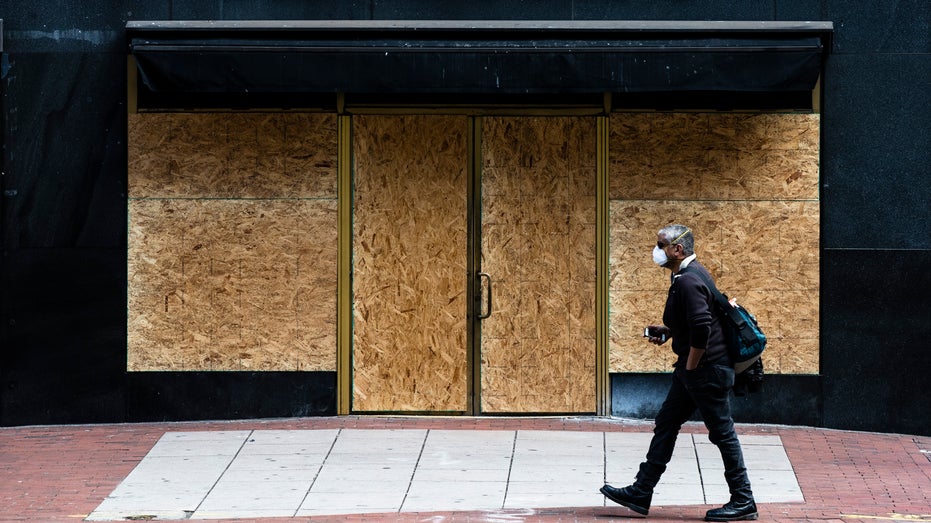 A person wearing protective masks due to coronavirus fears walks past a boarded up business in Philadelphia, on March 24. (AP Photo/Matt Rourke)

"As the recession took hold, the economy was tough, funding was scarce and there was widespread distrust from consumers," Lin told FOX Business. "I learned in those early days to focus on the long-term. Building and scaling an impactful business requires a drive beyond making money. Having the passion to deliver on your company's purpose will fuel you through the trying times."

US WILL BE REOPENED FROM CORONAVIRUS SHUTDOWN RESPONSIBLY: MIKE PENCE

Lin said there is "never a perfect time to start a company," and it's important to "allocate resources" from the outset.

The Credit Karma founder also said there have been many times over the years during which his company had to choose between doing the right thing for its members or increasing its bottom line, and it always chose its members.

"This is an unprecedented time and all Americans are being impacted — some more severely than others. … As a business owner, your customers and their trust are paramount. You need to be willing to sacrifice short term profit gains to protect your customer," he said.

The founders of some of today's most major companies did exactly that between 2008 and 2010.

Yahoo veterans Jan Koum and Brian Acton created encrypted messaging app WhatsApp in 2009 as a way for people around the world to message each other quickly.

The app gained popularity in countries that do not have access to the same cell network capabilities as the U.S. because it can operate on Wi-Fi.

Facebook purchased the app, which now has more than 2 billion global users, for a jaw-dropping $19 billion in 2014. 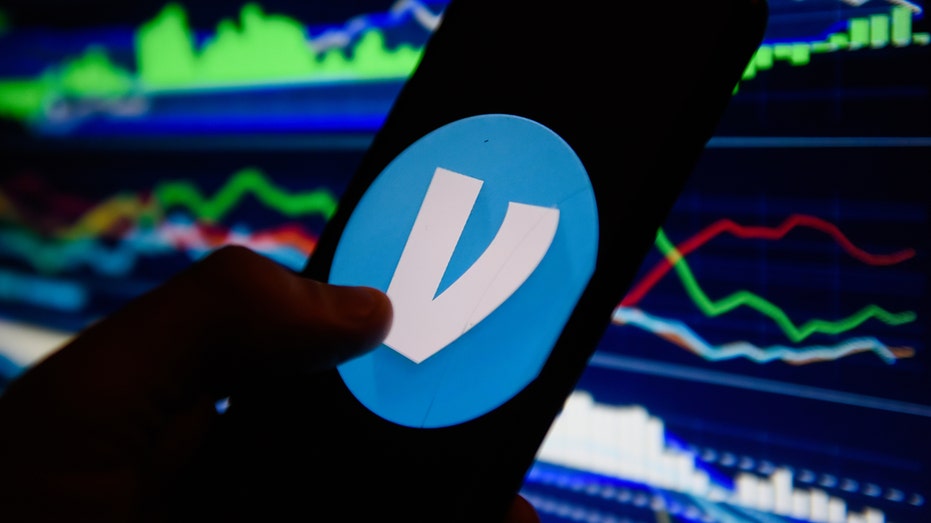 In this photo illustration, the Venmo logo is seen displayed on an Android mobile phone. (Photo Illustration by Omar Marques/SOPA Images/LightRocket via Getty Images)

Payment processor Braintree bought Venmo for $26 milllion in 2012, and digital payment giant PayPal then acquired Braintree for $300 million in 2013.

Entrepreneur Andrew Mason founded Groupon, a website that promotes companies by offering deals on their products and services to consumers, in the middle of the 2008 recession.

"During a difficult time, Groupon was able to deliver performance-based marketing solutions to connect businesses and brands with their customers," Stephen George, who was one of Groupon's first five employees in 2008 and is now the CEO of experiential marketing platform Surkus, told FOX Business. 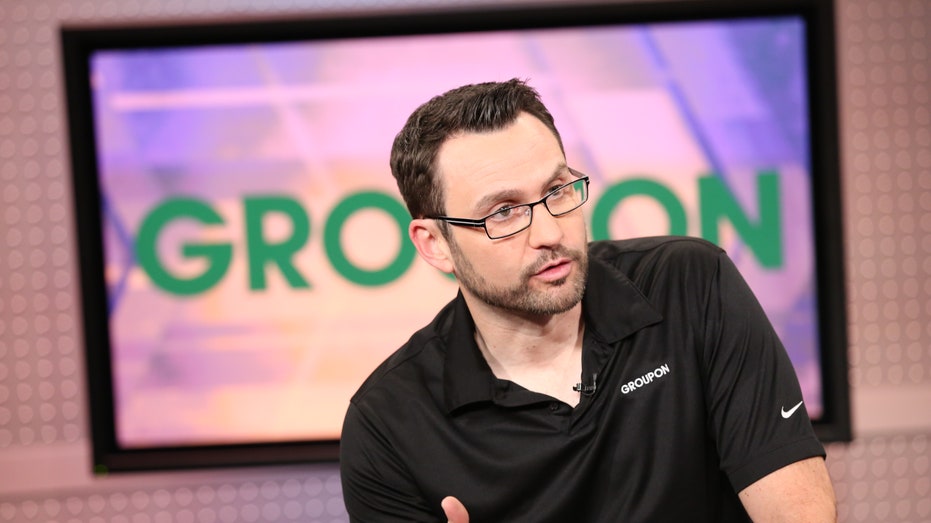 "With discounts, incentives and product discovery, Groupon provided a way for companies to get exposure and consumers to ease back into discretionary spending. In times of market uncertainty, technology companies that provide efficiency, cost-savings and transparent value to all parties are the ones that thrive," he said.

The company is valued at $726 million.

Engineers Kevin Systrom and Mike Krieger created Instagram in 2010 as a visuals-focused form of social media that is centered around images and videos.

The social media app now has more than 400 employees, according to its About page, and more than 120 million users.

Businessmen Travis Kalanick and Garrett Camp founded Uber in 2009 after they couldn't find a taxi ride on a cold night in Paris. 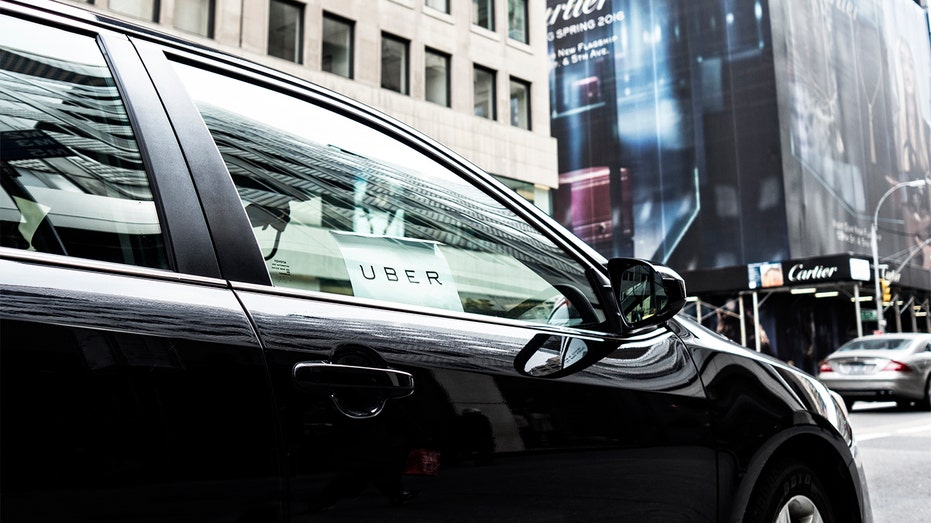 Uber is valued at $47 billion.

Entrepreneurs Ben Silbermann, Evan Sharp and Paul Sciarra came together in 2010 to create Pinterest, a website and app that resembles a digital scrapbook.

More than 300 million people use the platform every month, according to Pinterest's About page. 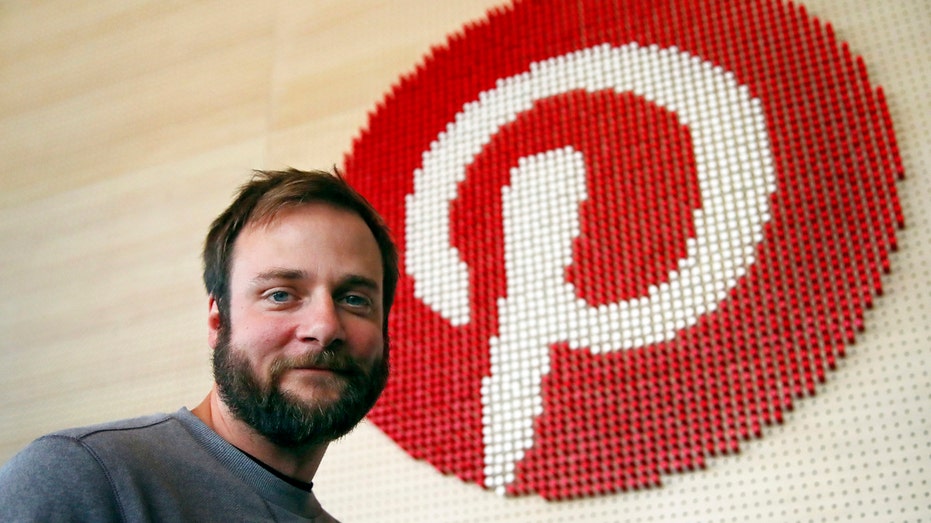 The company is valued at $8.6 billion.

Slack has experienced a huge increase in demand since the COVID-19 outbreak led more companies and businesses to send employees home, according to a March 25 tweet threat from Butterfield. 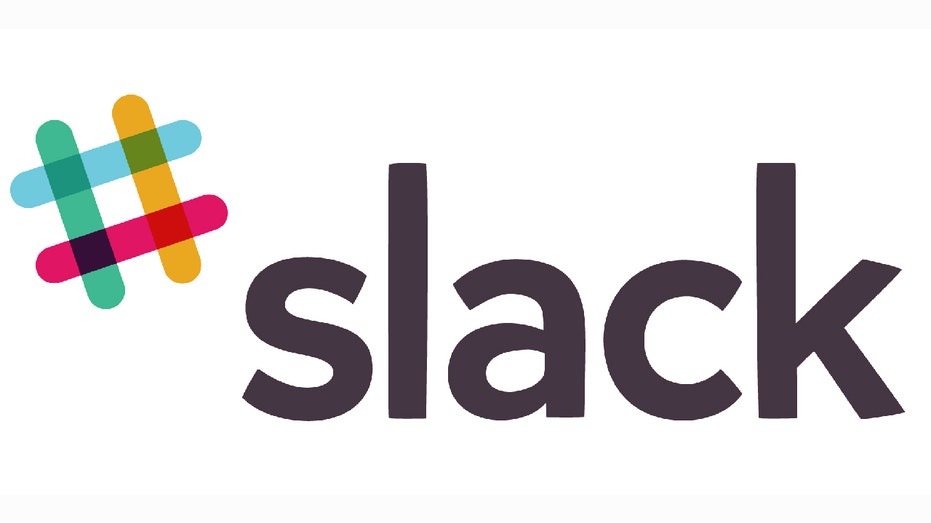 "When the possibility of millions of deaths is slowly starting to sink in, it’s hard to say an otherwise normal CEO thing like 'the macro environment is creating significant tailwinds for the business,' and it felt completely impossible to extrapolate out from this present moment," Butterfield tweeted.

The platform is used by more than 30 million companies to complete financial transactions.

Square is currently valued at more than $23 billion.

GV has invested in a number of startups that were also founded during or directly after the 2008 recession including Uber, Slack and Cloudera. 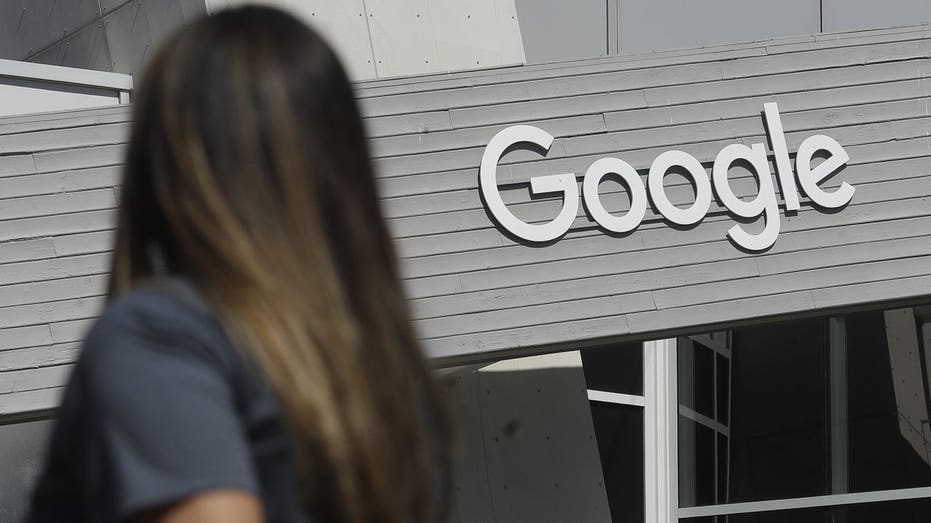 A woman walks below a Google sign on the campus in Mountain View, Calif. (AP Photo/Jeff Chiu, File)

The firm says it manages more than $4.5 billion.

The Silicon Valley-based software company and data warehouse is currently valued at more than $2 billion. 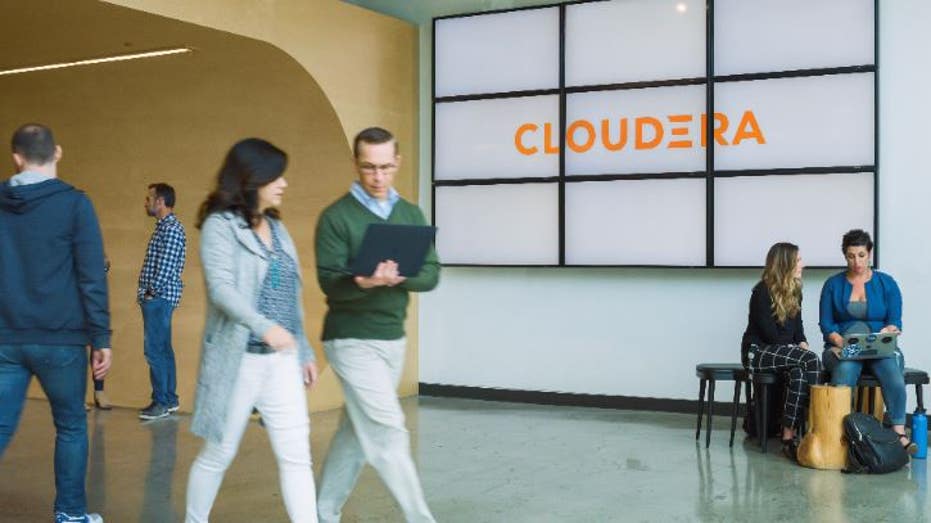 The company is valued at $2.2 billion.

"The pandemic we are dealing with is sending ripples throughout the business world," Lin said. "When we start to rebuild, there are a few trends I hope will continue."

"We're seeing companies prioritizing doing good over profit and captains of industry are leveraging their strengths to aid the current situation with the strongest example being Dyson building respirators. And as employees are kept out of work, companies are ensuring their workers are taken care of, whether they are working or not. It's the right thing to do and that's a trend that is long overdue."

A number of major companies and businesspeople have partnered up in efforts to produce and donate resources from cash to ventilators as the country's health care infrastructure struggles to keep up with the virus.

This post contains material from a previous FOX Business article.