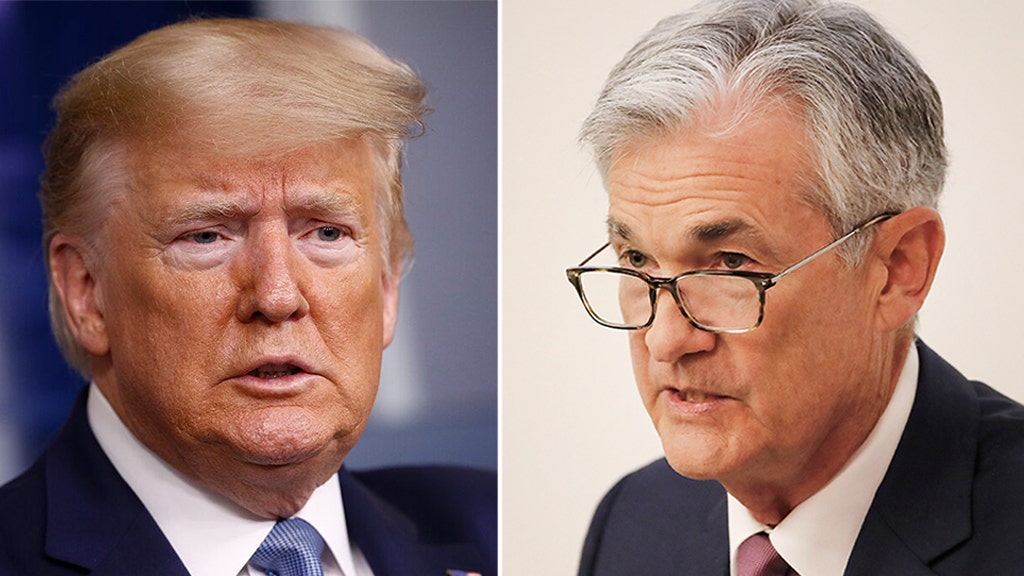 Even before President Trump eased up on his criticism of Federal Reserve Chairman Jerome Powell following two emergency rate cuts in March, the two had spoken several times as concern over the coronavirus pandemic began reaming U.S. financial markets.

According to records released by the Fed late Friday, the two spoke on the evening of February 7 from 5:45 to 6:15 p.m ET and again from 9:15 to 9:20 a.m. on February 26, the day that the Food and Drug Administration warned the coronavirus was on a path to becoming a pandemic.

The following day, the Dow Jones Industrial Average plummeted 1,190.95 points, which at the time was the worst one-day point drop ever. Since then, as cases of the coronavirus have spiked globally, topping 1 million infections and 60,000 fatalities through Saturday morning, the financial markets have experienced record volatility.

STIMULUS CHECKS: WHO GETS WHAT

So far this year, the Dow and the S&P 500 have dropped 26 percent and 23 percent respectively, while the Nasdaq Composite has lost nearly 18 percent.

The calendar also shows Powell met with Treasury Secretary Steven Mnuchin several times during the month. Mnuchin has stated openly that he has been in close contact with Powell during the financial market turbulence.

In the week following the February 26 call, the Fed approved an emergency rate cut of 50 basis points on March 3, the largest since the 2008 financial crisis. Another emergency rate cut followed on Sunday, March 15, in which the Fed took rates down to nearly zero.

"It's a big step, I am very happy they did it," Trump said at the start of the coronavirus task force meeting that evening. "It brings us in line with other countries."

Trump, who has frequently criticized both the central bank and Powell, his hand-picked successor to Janet Yellen, for keeping rates too high, softened his tune following the two reductions and additional measures policymakers have taken to fight the economic collapse caused by the virus.

"I really think he's caught up and he's done the right thing," Trump said during a March 23 press briefing. "Ultimately, we will be rewarded because of the decision he made … he's really stepped up over the last week."

In addition to rate cuts, the U.S. central bank has ramped up liquidity and lending in the U.S. economy, which has been left in a virtual standstill with most Americans sheltering in place to curb infections.

Additionally, Congress passed a record $2 trillion stimulus package which will provide loans to small businesses, rescue funds for hard-hit industries such as airlines and relief checks for Americans, many of whom are out of work.

Small business lending began on Friday.  A senior Treasury official told FOX Business that more than 6,000 loans worth more than $2 billion had been processed by 2:30 p.m. ET, with community banks handling the lion's share.

U.S. employers cut 701,000 workers in March, driving the unemployment rate from a 50-year low to 4.4 percent. Economists predict that number will continue to rise in the coming months.