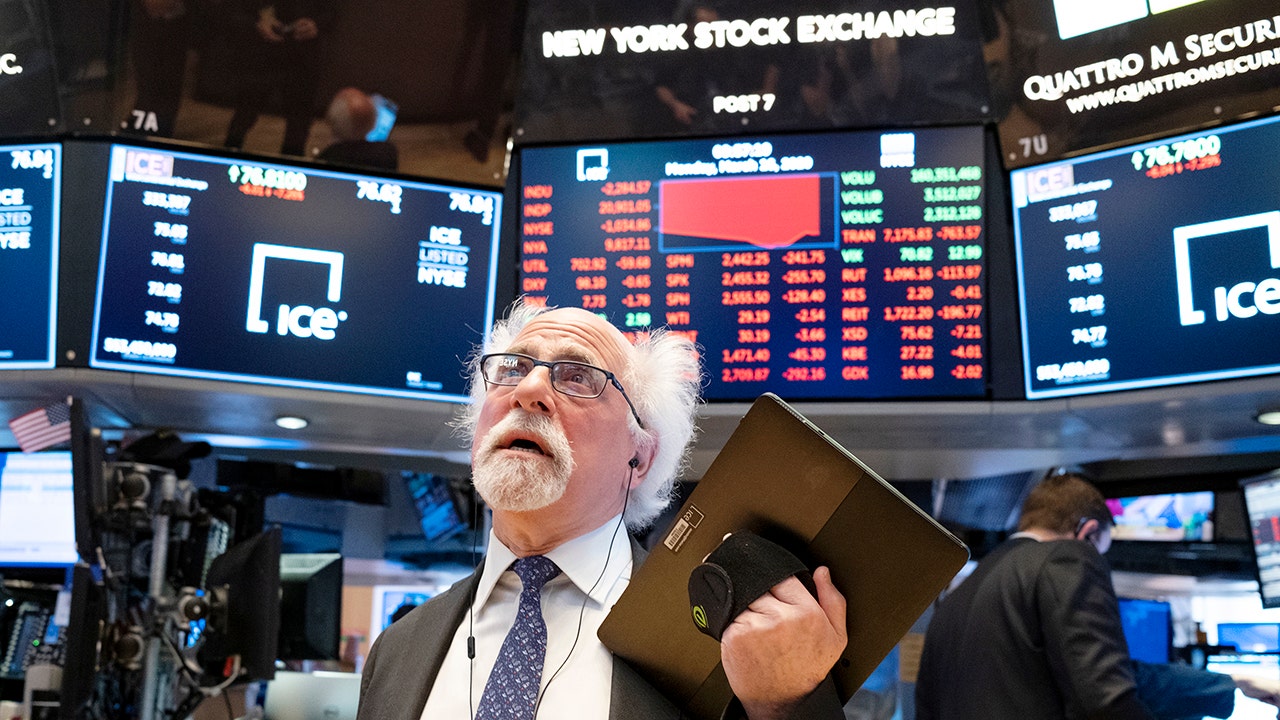 Stocks tumbled to start the second quarter as the number of COVID-19 cases in the U.S. topped 200,000.

The Dow Jones Industrial Average plunged 973 points, or 4.44 percent, while the S&P 500 and Nasdaq Composite both fell 4.41 percent.

Boston Federal Reserve President Eric Rosengren called the COVID-19 pandemic a ‘Black Swan’ event, and said it will result in two quarters of negative GDP growth and a 10 percent unemployment rate for several months. The unemployment rate is currently 3.5 percent.

Wednesday's selling, which added to investor misery caused by the worst first quarter in years, came after President Trump warned the number of COVID-19 infections is set to surge and that the country is in for a “very painful two weeks.” Trump predicted the number of deaths in America due to the virus could hit 240,000.

The blue-chip Dow plummeted 23 percent during the first three months of the year, its worst quarter since 1987. The S&P 500 fell 20 percent and the Nasdaq Composite shed 14 percent, their worst quarterly performances since the fourth quarters of 2008 and 2018, respectively.

Looking at stocks, oil companies got some attention following reports indicating executives of the major energy companies will meet with Trump on Friday to discuss the collapse in crude prices. West Texas Intermediate crude oil fell 0.83 percent to $20.31 on Wednesday. It's down nearly 70 percent from its Jan. 6 peak.

Airlines saw heavy selling after data showed passenger traffic was down 86 percent in two weeks. Cruise operators were also lower amid renewed fears over the health of the industry.

Elsewhere, Xerox ended its $35 billion attempted hostile takeover of HP, saying the COVID-19 pandemic has created conditions that hinder continuing its pursuit of the company.

Macy’s was removed from the S&P 500 as its market capitalization fell to $1.5 billion, the smallest in the index. The stock will be placed in the S&P SmallCap 600 starting April 6.

Banks stocks were pressured as U.S. Treasurys rallied sharply and the yield curve flattened. The yield on the 10-year note was down to 0.583 percent.

In Europe, markets were lower across the board, with France’s CAC down 4.3 percent, pacing the decline. Germany’s DAX and Britain’s FTSE were off 3.94 percent and 3.83 percent, respectively.