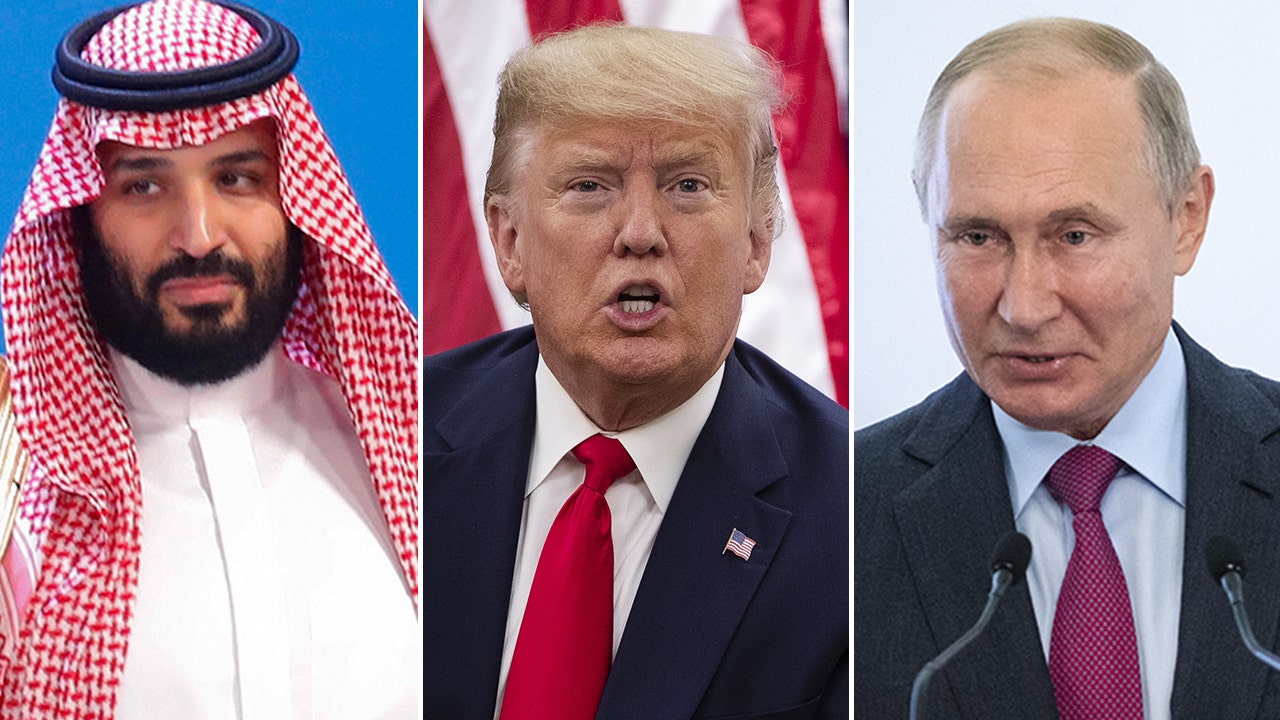 Stocks took their lead as West Texas Intermediate crude oil, the U.S. oil benchmark, surged by 24.67 percent to $25.32 – the biggest gain since record-keeping began in March of 1983, according to Dow Jones Market Data Group.

Brent crude, the global benchmark, also posted its biggest gain on record, up 21.02 percent to $29.94 per barrel.

Following Trump's announcement, Saudi Arabia called on OPEC members, their allies and other countries to hold an urgent meeting "with aim of reaching a fair agreement to restore the desired balance of oil markets."

Also on Thursday, China said it would begin filling up its reserves.

Oil's gain helped outweigh the Labor Department's report which showed initial jobless claims rose to a record 6.648 million in the week ended March 28, exceeding the 3.5 million that was expected as the pandemic brings the U.S. economy to a standstill. The number shattered an all-time high of 3.3 million filings set last week.

The March jobs report will be released on Friday.

COVID-19 has infected at least 236,339 people in the U.S. and killed 5,648, according to the latest figures provided by Johns Hopkins University & Medicine. More than 8,600 people in the country have recovered.

Worldwide, the stats are more sobering with over 1 million cases confirmed.

Looking at stocks, Exxon Mobil, Chevron and Continental Resources were among the beneficiaries ahead of Friday’s meeting between Trump and executives from the industry.

Meanwhile, the heavily beaten down airlines remained under pressure after Trump said on Wednesday evening that he was considering grounding domestic flights to so-called hotspots.

Dow component Boeing fell after The Wall Street Journal reported the planemaker will offer early retirement and buyouts to all of its employees.

Elsewhere, lenders for movie-theater chain AMC Entertainment Holdings hired restructuring lawyers as the company faces default risk from having to shut down its theaters due to the pandemic.

On the earnings front, Walgreens Boot Alliance reported better-than-expected top- and bottom-line results and remains on track to meet its full-year profit forecast.

Electric-vehicle maker Tesla was in focus as investors awaited the release of its first-quarter delivery and production numbers.

Longer-dated U.S. Treasurys continued to gain, flattening the yield curve. The 10-year yield was down to 0.624 percent.