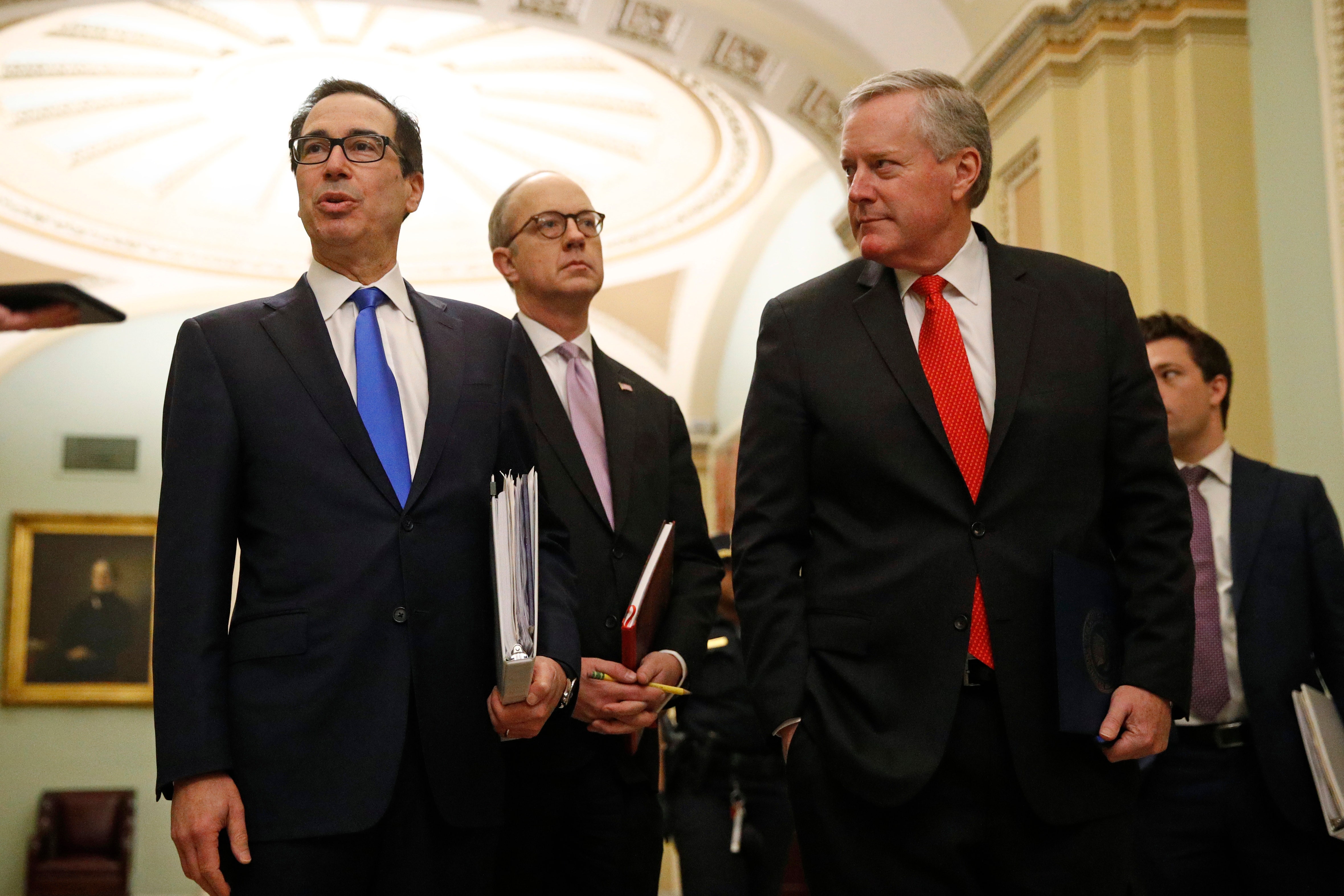 U.S. equity markets rose Wednesday but gave up the bulk of the gains after Democratic lawmaker Sen. Bernie Sanders raised some concerns over the $2 trillion relief measure to provide aid to those most severely impacted by the COVID-19 pandemic.

The Dow Jones Industrial Average closed over 495 points higher or 2.4 percent after rising by as many as 1,300 points, or 6.3 percent.

While the S&P 500 posted a 1.1 percent gain and the tech-heavy Nasdaq Composite closed fractionally lower. All three of the major averages had sporadically dipped into the red earlier.

The historic package will "rush new resources onto the front lines of our nation's health care fight, Senate Majority Leader Mitch McConnell, R-Ky., said Wednesday. "And it will inject trillions of dollars of cash into the economy as fast as possible to help Americans workers, families, small businesses and industries make it through this disruption and emerge on the other side ready to soar."

Wednesday’s action comes after the blue-chip index soared more than 11 percent in the prior session, booking its biggest percentage gain in 87 years. The 2,113-point increase was the most ever in a single day.

Looking at stocks, airlines, cruise operators and other travel-related names that have been battered by the economic fallout from the pandemic soared in response to the stimulus package.

Cruise operator Royal Caribbean suspended voyages through May 12, expanding a stoppage that had been scheduled to conclude at the end of April.

Elsewhere, Boeing turned in a record rally on optimism the planemaker will be able to move forward. CEO David Calhoun told FOX Business "Everything so far looks good for the certification of the Max at the mid-point of the year."

Facebook shares fell after the social media giant said messaging on its platform has soared by more than 50 percent in some of the countries hardest hit by COVID-19, but that advertising revenue was down.

Big-box retailer Target pulled its financial guidance for the first quarter and fiscal year due to uncertainty caused by COVID-19.

Kraft-Heinz shares were upgraded to “overweight” at J.P. Morgan, which said the food products producer will benefit as more Americans eat at home.

Heavy buying of U.S. Treasury bills pushed the yields on 1-month and 3-month maturities into negative territory while the yield on the 10-year note moved to 0.854 percent.