Sey said the push for gender inclusive, or gender neutral, clothing lines is primarily a marketing ploy, and could be confusing to children.

Fashion labels marketing "genderless," "gender neutral" or "gender inclusive" clothing is championed by proponents as a groundbreaking movement that challenges the traditional gender stereotypes, but critics of the trendy category argue the industry is marketing off a social contagion, and could be doing irreparable harm, specifically to minors.

Erin Schmidt, a senior analyst at Coresight Research, a global advisory and research firm specializing in retail and technology, said she noticed a shift in the industry about two to three years ago when there was more discussion around gender identity and pronoun usage in the workplace and in schools.

"I believe that really helped to push the [gender neutral] category forward because it was really then that individuals became aware there were different categories such as non-binary, agender and cisgender, and that individuals related differently to how they were born," she told Fox News Digital.

She said younger consumers have also had a major impact on the prominence of the gender-neutral category.

In 2021, PacSun opened a gender free children’s store in the Mall of America and Gilly Hicks, a division of Abercrombie and Fitch Co., opened its first gender-neutral storefront in Columbus. 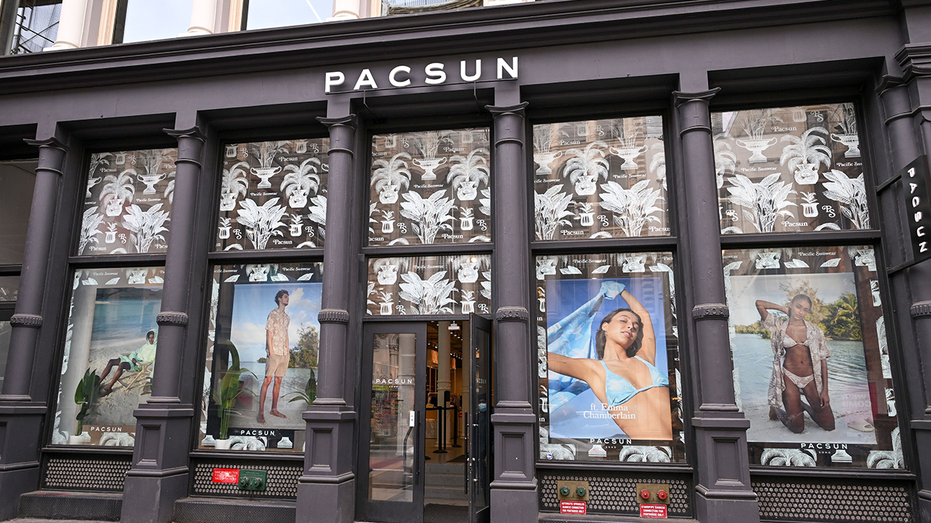 Schmidt believes kids and teens are probably "one of the biggest" markets for the genderless clothing category.

The "more choices that children have" to express themselves "will definitely have a positive impact over the longer term," Schmidt said. "It’s definitely more than a pride month" and "it's definitely not a trend or a movement, it’s the way of the future," she added.

Celebrities like Jared Leto and Harry Styles, have pushed gender boundaries in fashion, often appearing on the red carpet in feminine clothing like dresses and skirts.

"Celebrities are actually really helping to push the category forward and just really legitimize it," Schmidt said. "Especially younger generations, when they see that Brad Pitt wore a skirt to the Bullet Train premiere, that suddenly says, ‘Okay, this is okay. I can wear a skirt too.’"

But, not everyone sees this trend as a good thing.

Jennifer Sey, author of "Levi’s Unbuttoned" and former Levi’s executive, said the trend could potentially be very confusing to young people, who she said should be encouraged to accept who they are in their bodies.

"It can become very retrograde," she added. "I was a little girl that was a tomboy and I was an athlete. It didn't mean that I wasn't a girl. I thought that was what the feminist movement was all about." 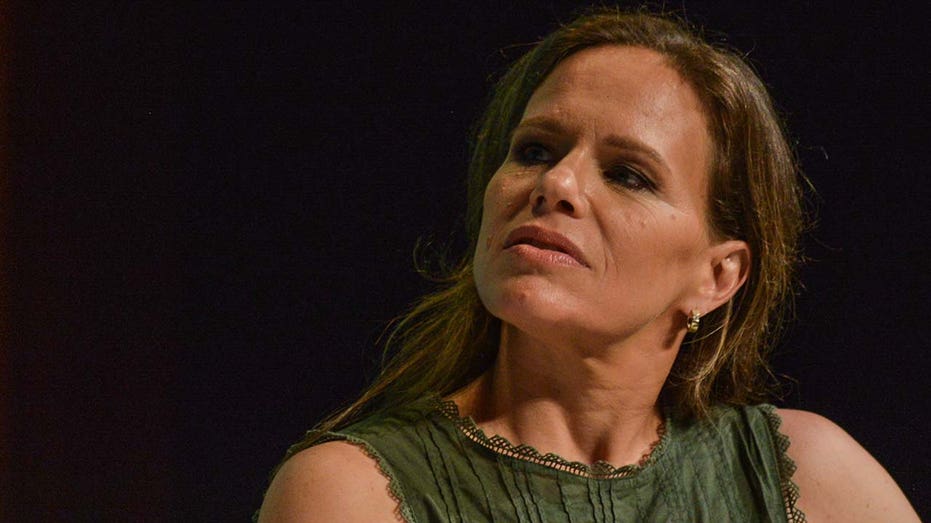 Sey chalked up the movement to a push by corporations and their leaders who are attempting to launder their own reputations as "do-gooders and altruists" instead of about making money.

"I think it is primarily virtue signaling," Sey said. "I think it is reputation laundering, in a sense. It's a way to signal that you are on the right side of progressive causes without actually having to do very much."

She highlighted the fact that the narrow segment of the population is non-binary or trans, which she believes signals "it's not really about them," but instead "about all the other people that want to claim to support this population."

"Positioning the brand around these woke causes is not about selling more, it's about the shield of progressivism to hide and obscure the fact that business is as it always has been," she added.

In November 2020, tampon brand This is L. partnered with the Phluid Project on a campaign that featured trans activist Jeffrey Marsh.

"Trans men have periods," Marsh wrote in an Instagram post. "Women and nonbinary people have periods. "*Periods are for people*."

"It’s ludicrous because a trans woman doesn't need tampons," Sey said in response to the ad. "It’s clearly not for that population. It's for everybody else to understand how virtuous you are as a brand and a business."

She said corporations and retailers are co-opting the current social contagion without considering any of the consequences.

"I think it's a way to obscure intention because the intention of any company and the fiduciary responsibility is to make money," she added.  "They don't even realize or recognize that it's really alienating to probably, I would argue, half of the population, if not more."

Some brands like One DNA, Telfar, Tomboy X, Wildfang, Kirrin Finch have made names for themselves as gender-neutral brands, while labels like H&M, Victoria’s Secret brand PINK, Nordstrom, Tommy Hilfiger and Abercrombie & Fitch have started their own gender-neutral lines or collections.

Even jewelers like De Beers and Tiffany & Co. have released their own takes on gender-neutral jewelry and Gucci launched a non-binary gender neutral section the company calls Mx. 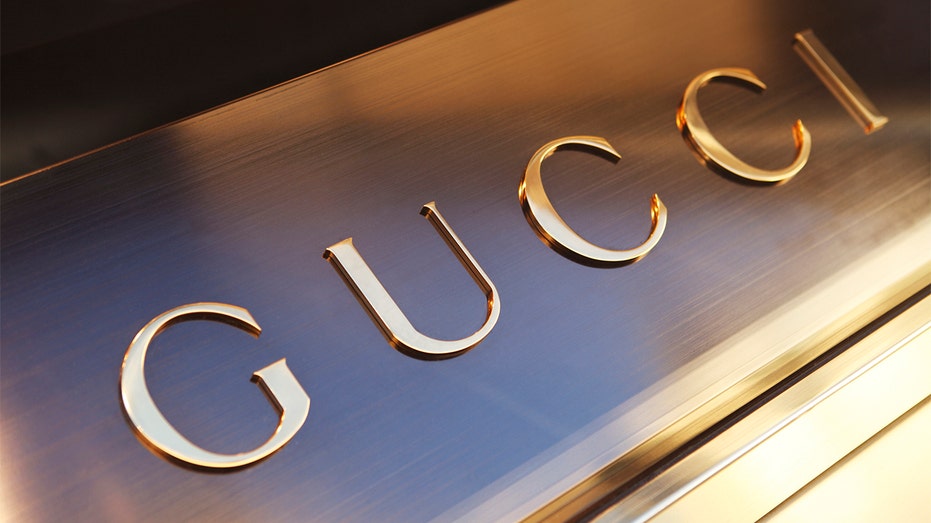 In recent years, some companies have taken their efforts a step further, coupling their products with a charity or activist arm of their business.

One example is The Phluid Project, which in tandem with its gender free clothing and accessories brand, is also committed to "embarking on a mission to improve humanity through not only fashion, but also community outreach, activism, and education."

Get Phluid, which is the Phluid Project’s training, education and strategy consulting arm, provides gender expansive training for retailers and corporations to learn how to create safe and inclusive spaces for the LGBTQIA+ community, Rob Smith, CEO and founder of the Phluid Project, told Fox News Digital. Get Phluid's clients include retailers like Macy’s, Nike and Banana Republic, as well as corporations like American Express, Uber and HBO, according to the organization's website.

"Sometimes companies …just show up in the month of June, but we help them show up authentically throughout the year … not just during parades and parties,"  Smith said. The gender-neutral category is "less like a trend and more like a movement," he added.

The Phluid Project’s non-profit, the Phluid Phoundation, collects donations from companies like the Saks Fifth Avenue Foundation, Smirnoff and Grey Goose to give nearly 100% of the proceeds to grassroots organizations in support of the LGBTQ+ community. 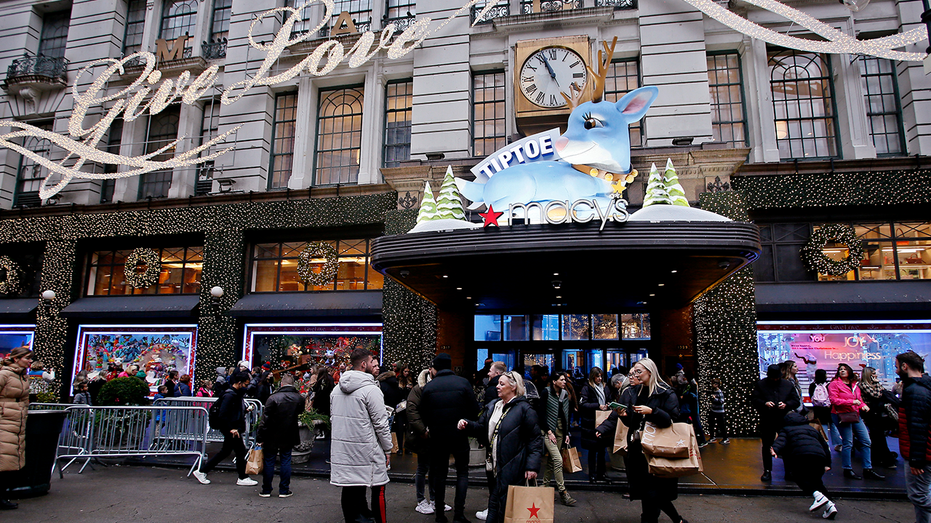 Macy’s is one client of Get Phluid, which has provided gender expansive training for retailers and corporations. ((Photo by Leonardo Munoz/VIEWpress) / Getty Images)

Despite this growing trend in gender inclusive clothing, Schmidt predicted traditional men's and women's departments were not a thing of the past.

"I think there'll always be a men's department and a women’s department as long as I'm alive," Smith said. "But then there's the space in the middle, space for people to express how they want to express instead of how a buyer decides."

She added consumers are "moving more towards the middle," so retailers are marketing products to a larger audience, but she warns that consumer action must follow the marketing, which means it can’t be performative or use a group of people to sell a cause.

"For example, I know that companies in the past have been accused of only launching certain products during Pride Month and then for the rest of the year, maybe you wouldn't see or hear anything," she said. "I think that companies are becoming a lot more attuned to that and are truly getting behind these products because they're aware that the market is there."

"Retailers are opening up their eyes and looking at kids’ sections and looking at the language that they use to reinforce gender stereotypes," Smith said. "Boys can wear pink and girls can wear blue, it’s okay, the world isn't going to fall apart."

But, some critics argue about potentially deeper harm. Kelsey Bolar, a Senior Policy Analyst at the Independent Women's Forum and creator of the "Identity Crisis" series, which highlights the experiences of detransitioners and their families, said clothing companies are joining doctors and therapists in profiting off of children's mental illness and distress.

"It might seem harmless to feature a gender inclusive clothing section, but this label caters to a group of vulnerable children and teens, reinforcing an ideology that puts them on a direct path to puberty blockers, cross-sex hormones and irreversible surgery, all of which have lifelong medical and emotional implications that we as a society are only beginning to understand," Bolar said.

"It's very sad, regressive and corporatist that fashion brands would seek to profit from this backwardness," she added. 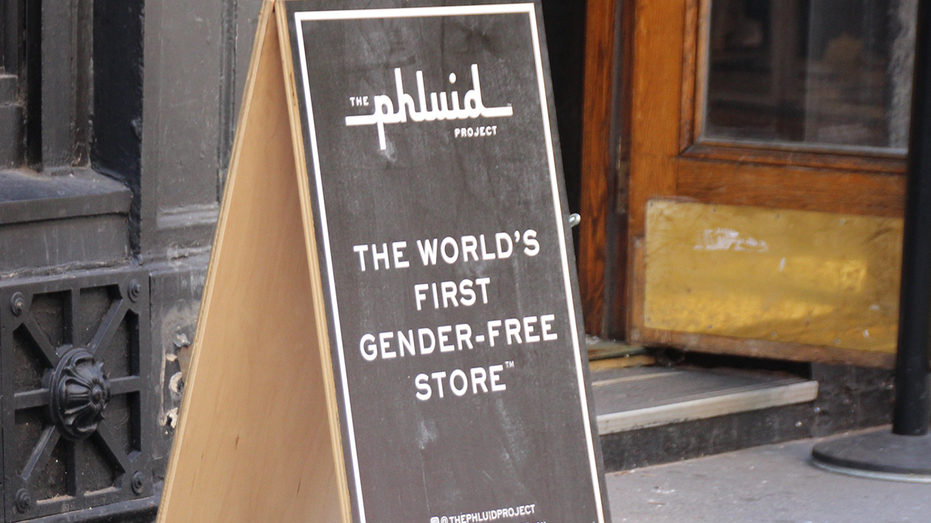 The clothing store ‘Phluid Project’. A recently opened clothing shop in New York does not sort its stock by gender. ((Photo by Christina Horsten/picture alliance via Getty Images) / Getty Images)

In 2019, while Sey was working for Levi's, the brand did its own gender-neutral campaign, but she said she has since "started to see things differently," and noted that the greatest profit for the company came from traditional gender-focused products.

Sey stood by the fact that the gender-neutral campaign touted a truism about the brand, that men wear women's Levi's and women wear men's Levi's, but that her position had changed.

"It wasn't a reinvention of the product line," Sey said. "I still think it's woke washing. If we want to call it that. And yes, I did it. And I would probably do things a little differently now."

In 2015, Sey said Levi’s women’s business "took off" after they finally figured out how to tailor and market jeans for the female body. Up until that point, she said the brand essentially just made men’s jeans smaller for women.

"The thing that drove the most significant acceleration of Levi's sales in the last ten years was marketing to women," she said. "The fact is, is that women's bodies are shaped differently than men's bodies," she said. 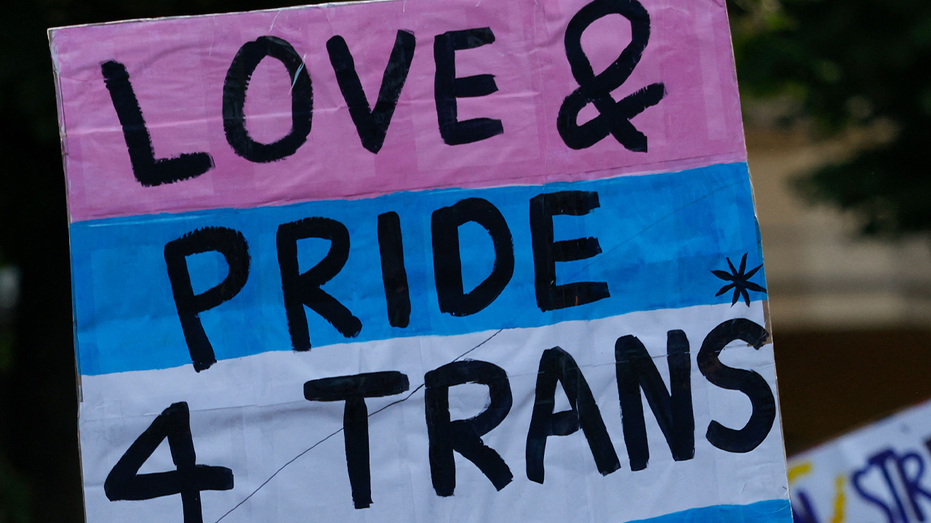 A participant holds a placard reading “Love & Pride 4 Trans* LGB+” during the so-called “Dyke March” demonstration in support of Lesbian rights during the Pride month in Berlin.  ((Photo by DAVID GANNON/AFP via Getty Images) / Getty Images)

Bolar said she wishes she could brush off the gender-neutral trend, but feels it is part of a larger movement that is profiting off of confused and mentally ill adolescents, which makes the brands "not just complicit, but participating in what is ultimately the mutilation of children and teenagers."

Bolar said she sees the push from corporations and retail brands as a "marketing ploy" and "virtue signaling for profit."

"We've seen this before with the LGB movement, and now they're profiting off of the T," she said.

She criticized individuals working at the clothing companies who "likely haven’t given the issue deep thought" or heard the stories of detransitioners to learn of the medical harms being caused when children and teenagers are encouraged to question their gender identity.

"The pendulum has swung so far in the opposite direction that we're now reinforcing them with a side dish of medical harm," she said.

Bolar said the ideology is "becoming impossible to escape" because it is promoted by everyone from school administrators to the executives of clothing brands.

"They think they are making the world a more tolerant, better place by featuring these gender inclusive clothes, but what they're really doing at the end of the day is figuring out a new way to market a gray sweatshirt and profit from it" Bolar said.

"It's just unnecessary," she added. "If you want to break down gender stereotypes, just let girls shop in boys departments and boys shop in girls departments. It shouldn't be a big deal. We shouldn't be encouraging children to overthink and overanalyze the way they dress."