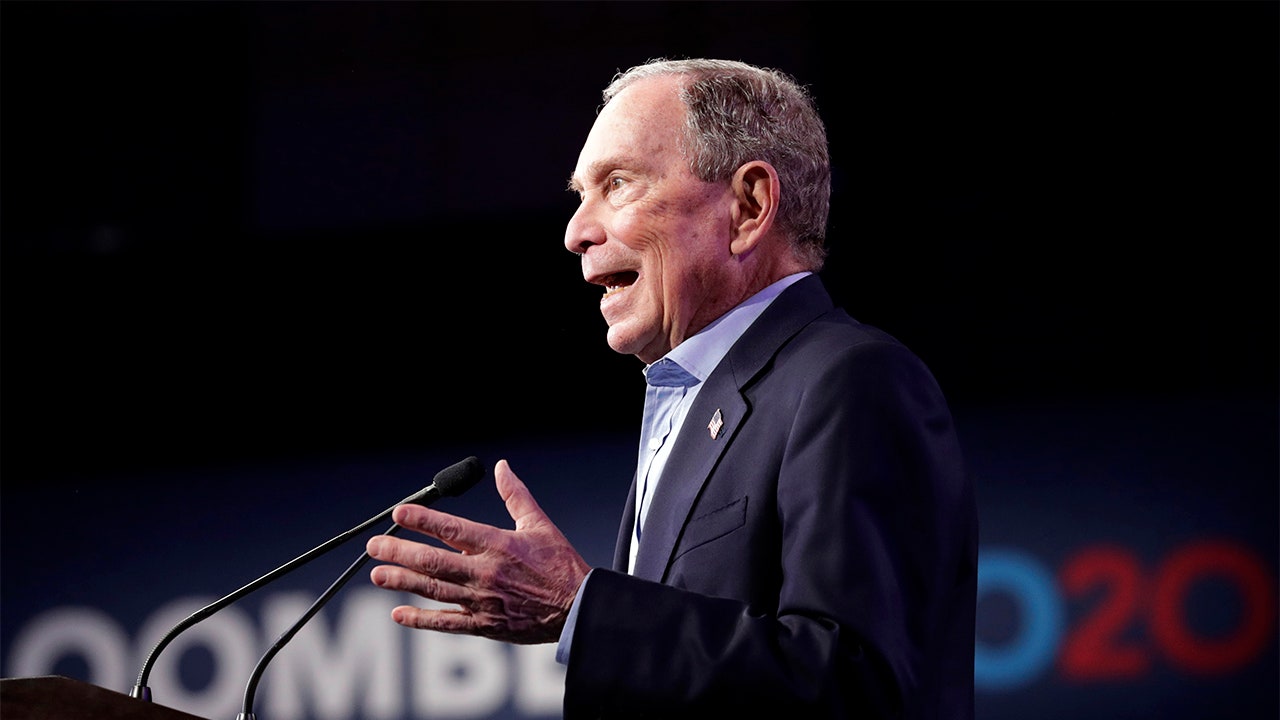 Former campaign staffers for Mike Bloomberg filed a class-action suit against the billionaire former presidential candidate for fraud, arguing that they and thousands of others laid off this month were tricked into accepting jobs they were promised would pay through the general election.

Plaintiffs in the suit, which was filed in a federal court in New York, include two field organizers who turned down other job opportunities to join the Bloomberg campaign, and another who decided to postpone applying for law school.

The lawsuit by the former workers in Georgia, Utah and Washington state came the same day as a separate class-action suit by former employees who claimed they were recruited to the campaign under false pretenses.

WHAT BLOOMBERG'S MASSIVE CAMPAIGN SPENDING WOULD COST THE AVERAGE AMERICAN

Most immediately, the ex-field staffers who filed the suit, Alexis Sklair, Sterling Rettke and Nathaniel Brown, were seeking to be freed from broad confidentiality agreements, according to Peter Romer-Friedman, a lawyer at the firm Gupta Wessler, which represents them, told the New York Times.

Bloomberg, one of the richest men alive, entered the presidential race in November and dropped out in early March, endorsing former Vice President Joe Biden. The former New York City mayor hired an army of staffers, luring them with full benefits, high pay, lavish incentives and a promise that they would have a job through the fall, regardless of who became the Democratic nominee.

But on March 9, shortly after he exited the 2020 race, Bloomberg’s campaign laid off field workers in all but six battleground states, according to the Times, asking if they were open to relocating to Arizona, Florida, Michigan, North Carolina, Pennsylvania and Wisconsin, or if they wanted to be referred to another presidential campaign. Employees were also told they’d be given top priority on a planned Bloomberg super PAC.

Instead, he announced Friday that he was donating $18 million to the Democratic National Committee to help Biden, the presumptive nominee, in place of a new super PAC. Bloomberg’s campaign allegedly told the field organizers to apply for jobs with the party through its “competitive process,” with no guarantee of a job.

"Thousands of people relied on that promise," the lawsuit reads. "They moved to other cities. They gave up school, jobs, and job opportunities. They uprooted their lives. But the promise was false. After Bloomberg lost the Democratic nomination, his campaign unceremoniously dumped thousands of staffers, leaving them with no employment, no income, and no health insurance. And, worse still, the Bloomberg campaign did this during the worst global pandemic since 1918, in the face of a looming economic crisis.”

A Bloomberg spokesperson told FOX Business the campaign paid its staff wages and benefits that were “much more generous than any other campaign this year.”

“Staff worked 39 days on average, but they were also given several weeks of severance and healthcare through March, something no other campaign did this year,” the spokesperson said. "Given the current crisis, a fund is being created to ensure that all staff receive healthcare through April, which no other campaign has done. And many field staff will go on to work for the DNC in battleground states, in part because the campaign made the largest monetary transfer to the DNC from a presidential campaign in history to support the DNC’s organizing efforts.”