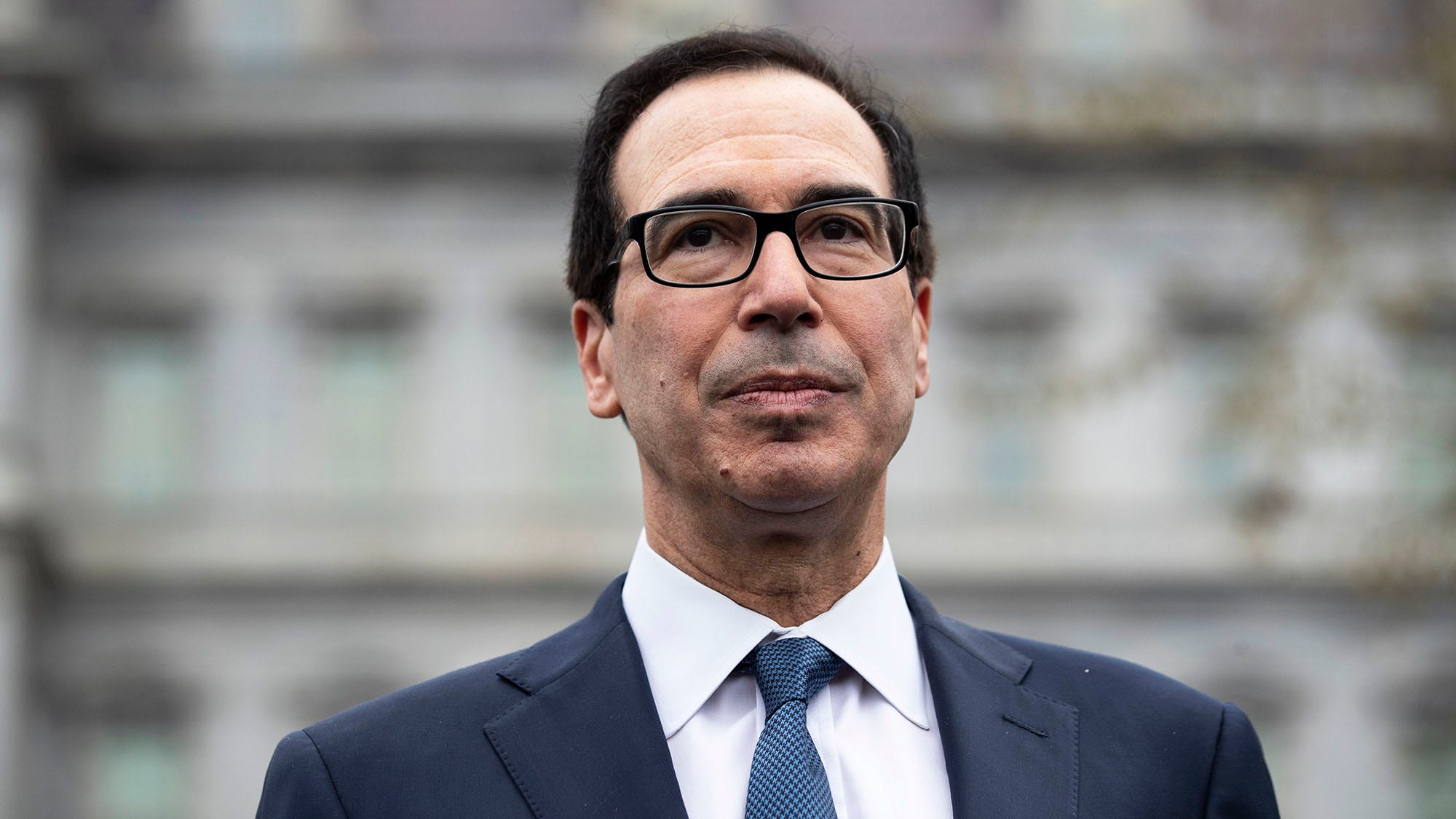 Federal officials are racing to deliver coronavirus relief checks to millions of Americans via a new system that it’s still bringing online, reportedly raising fears that technical glitches and mismanagement could slow down one of the key elements of the Trump administration’s $2 trillion stimulus plan.

The Treasury Department’s ability to get the much-needed money into Americans’ hands, however, hinges on systems it’s still bringing online — meaning that officials, in a matter of days, need to establish a website for some people to enter their banking information, enhance their security to protect sensitive financial information and prepare for an onslaught of questions by individuals who are confused about how much money they’re owed and how to obtain it, according to The Washington Post.

Treasury Secretary Steven Mnuchin said Friday that Americans can expect to receive their checks in three weeks, on April 17, when the direct deposits will go into people’s accounts.

The cash is intended to alleviate financial burdens for Americans caused by the coronavirus pandemic, which has forced a large swath of the U.S. economy to shut down. In one week alone, a record-shattering 3.28 million Americans filed for unemployment, the Labor Department said, the first hard evidence that the virus is bringing the nation’s economy to a grinding halt.

Restaurants, bars, hotels, airlines, cruise lines, automakers and entertainment venues have been hit hard by the pandemic as cities and states, trying to mitigate the spread of the disease, have ordered the closure of non-essential businesses and directed some 200 million residents to stay at home.

HOW TO GET YOUR STIMULUS CHECK

But the potential for tech troubles could force the payments to come out in a staggered fashion, the Post reported. Although Americans who already have bank account data on file with the government will likely receive the money quickly, millions of others might have to wait months for the payment.

An estimated 80 percent of tax filers will be able to easily receive the money because they already have shared account information with the Internal Revenue Service. But there are millions who have never shared that information with the government — or who lack bank accounts entirely. That category largely consists of low-income families and Social Security recipients who don’t make much money in the first place.

The IRS has said it’s working on creating “a web-based portal” for individuals to input the necessary data.

Under the stimulus deal, known as the CARES Act, the IRS has the power to seek help from other government agencies to collect the necessary data on Americans.

If Americans did not file a 2019 or 2018 tax return, which will be used by the agency to calculate eligibility, the IRS has instructed them to file a “simple tax return,” with basic filing information like filing status, the number of dependents and bank information.

But creating that system could prove challenging, some have cautioned.

“The IRS’s reliance on legacy (i.e., older) systems, aged hardware, and its use of outdated programming languages pose significant risks to the IRS’s ability to deliver its mission,” Danny Verneuille, the Treasury inspector general for tax administration, said during Capitol Hill testimony in 2017. “Modernizing the IRS’s computer systems has been a persistent challenge for many years and will likely remain a challenge for the foreseeable future.”